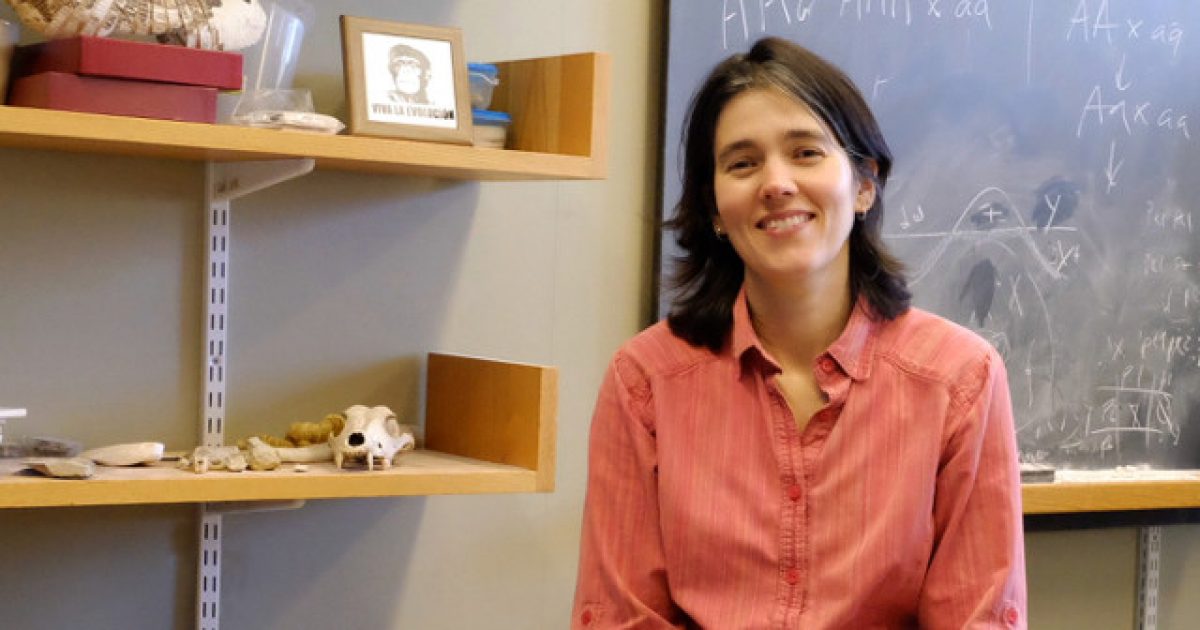 Liberal activists often claim that conservatives are “science deniers” because we don’t just drop everything and buy into whatever new “theory” is being proposed on the subject of climate change like they do. Apparently they don’t see anything honorable in avoiding alarmist rhetoric and attitudes that lead to horrible knee jerk reactions.

Anyway, a biology professor at Williams College has come out and stated that her students have become biology deniers since Trump was elected president, all for the sake of social justice.

In an op-ed for The Atlantic titled “Self-censorship on Campus is Bad for Science,” Biology Professor Luana Maroja — who has found herself in the middle of social justice outrage in the past, and pushed back (h/t John Sexton) — describes a shift she’s witnessed among a growing number of her students since Trump won the presidency.

“At that moment, political tensions were running high on our campus. And well-established scientific ideas that I’d been teaching for years suddenly met with stiff ideological resistance,” she writes. Among those ideas is the concept of heritability, “the degree to which offspring genetically resemble their parents,” both physically and in behavior.

“In a classroom discussion, I noted that researchers have measured a large average difference in IQ between the inhabitants of the United States and those of my home country, Brazil,” Maroja writes. “I challenged the supposed intelligence differential between Americans and Brazilians. I asked students to think about the limitations of the data, which do not control for environmental differences, and explained that the raw numbers say nothing about whether observed differences are indeed ‘inborn’—that is, genetic.”

Even though she specifically challenges the reductive and potentially racist conclusions that some might reach, many of her students, “without any evidence,” reject the very notion of scientifically conducted IQ tests, declaring them to be bogus science, “invented to ostracize minority groups,” and refuse to accept the well-established idea that IQ is partly influenced by genetics. She found similar pushback from students about any scientific studies about inherent differences between men and women and different races.

“Similar biological denialism exists about nearly any observed difference between human groups, including those between males and females,” she writes. “Unfortunately, students push back against these phenomena not by using scientific arguments, but by employing an a priori moral commitment to equality, anti-racism, and anti-sexism. They resort to denialism to protect themselves from having to confront a worldview they reject—that certain differences between groups may be based partly on biology. This denialism manifests itself at times in classroom discussions and in emails in which students explain at length why I should not be teaching the topic.”

Oh but their “denialism” actually goes much, much further. As it turns out, they have even started denying that human beings have a biological instinct to protect family members because doing so is “endorsing Trump’s hiring of his family.”

Yes, these college students are actually that nuts. This is what happens when you get deeper and deeper into the liberal worldview and actually apply it to real life. It gets wackier and wackier.

The left is denying scientific fact on so many fronts, including that of transgenderism, and yet they accuse conservatives of being “science deniers” because they don’t believe the evidence in support of man-made climate change is conclusive. Ridiculous.

If this doesn’t make you worry about the future of America, what will?