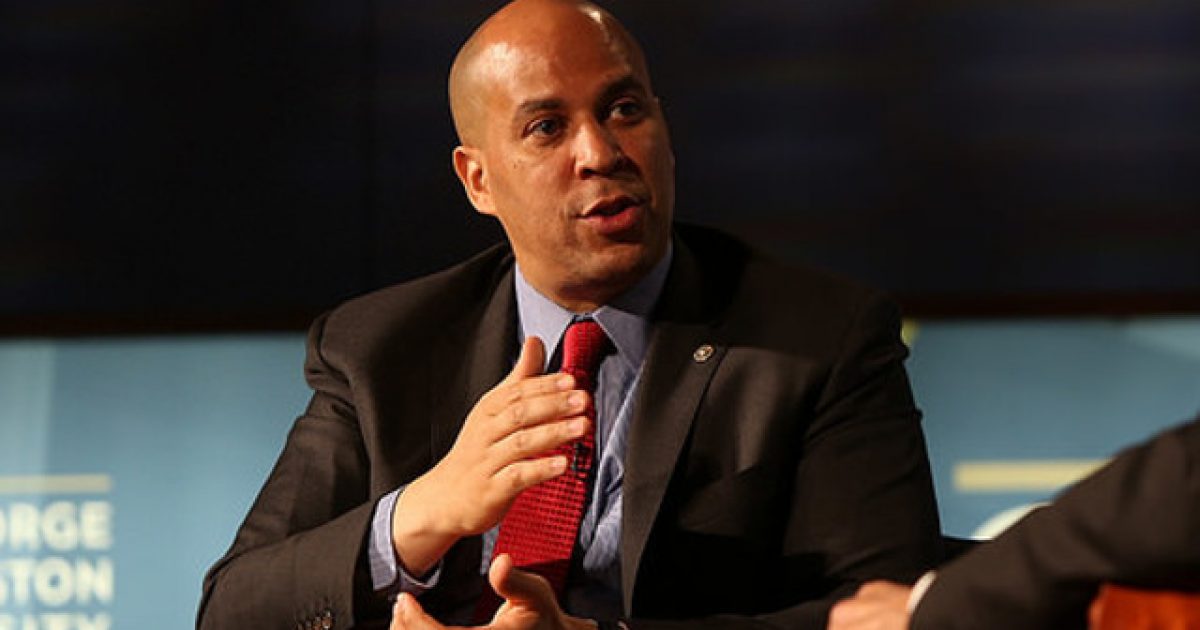 Democratic presidential candidate Cory Booker revealed his new gun control plan and to say it’s a violation of the Second Amendment would be an understatement. This monstrosity is a complete and total shredding of one of the most important God-given rights we possess as human beings.

The new plan calls for a gun owners to obtain a federal license and would probe into the National Rifle Association’s nonprofit status.

“As president, we will make commonsense changes to our gun laws such as requiring a license to purchase a gun that includes universal background checks, banning assault weapons, and closing the loopholes that allow domestic abusers and people on terrorist watch lists to get their hands on a gun,” Booker said in a statement. “I am sick and tired of hearing thoughts and prayers for the communities that have been shattered by gun violence — it is time for bold action.”

Under the plan, individuals would need to submit fingerprints, complete a background check, and show completion of a certified gun safety course in order to obtain federal gun license. It would also limit gun purchasers to buying one handgun per month and ban “assault weapons,” high-capacity magazines, and bump stocks.

Booker’s call for the IRS to investigate the NRA’s designation as a 501(c)4 social welfare organization follows the lead of New York Attorney General Letitia James, who opened an investigation last month into the NRA’s tax-exempt status and finances. James said in an interview with Ebony magazine last October that the NRA is a “terrorist organization” rather than a charitable organization.

When the Second Amendment was crafted by the founders of our great nation, there was no restrictions placed on this fundamental right and for good reason.

The idea behind the whole thing is that we the people have the right to own the means of protecting our lives, liberty, and property, especially from an overbearing, bloated, oppressive government.

Hard to do that when the populace is unarmed. The ultimate goal of gun control measures like the ones being promoted by Booker is to open the door to a full gun ban one day in the future. They can try to deny it all they want, but this is the truth.

They can’t enact their twisted vision for America if they fear the people would fight back. It’s time to wake up and smell the coffee here. Letting the government step on our right to own guns is the path to tyranny.