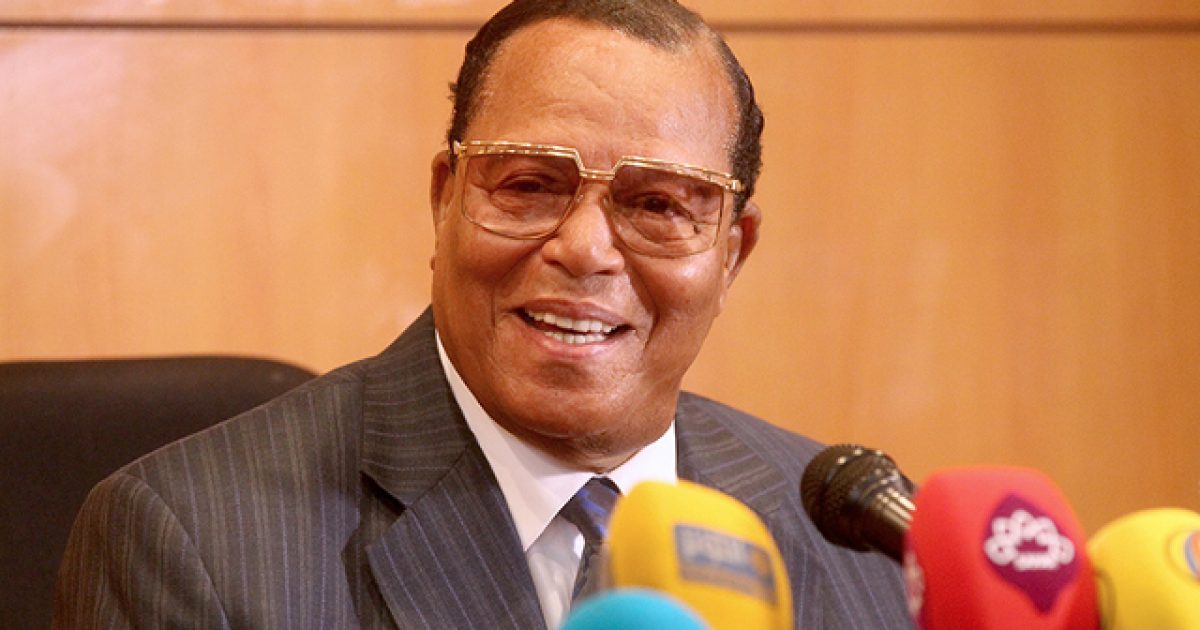 Just about anyone who is a conservative has more than likely heard of the vile, foul leader of the Nation of Islam, Louis Farrakhan, who is a major anti-Semitic left-winger.

However, it seems The Washington Post and The Atlantic think Farrakhan is a right-winger, which he clearly isn’t, as they described him as such in headlines for a piece about his and several other folks being banned from social media giant Facebook.

They were reporting on the action taken by social media platforms to ban some political personalities they considered dangerous, but in the list of those labeled as “right-wing” was the ostentatiously left-wing figure Louis Farrakhan.

Farrakhan advocates for black separatism and has frequently criticized Republicans while being embraced by Democratic politicians, but that didn’t prevent the news outlets from somehow labeling him as “right-wing.”

Among the outlets that used the bizarre labeling was the Washington Post, which faced criticism online from those stunned at the mistake.

“What in the actual hell?” responded commentator Kira Davis. “Louis Farrakhan has never once been considered on ‘the right’ – far or otherwise.”

What in the actual hell? Louis Farrakhan has never once been considered on “the right” – far or otherwise. @washingtonpost what are you doing?? You don’t even have to dig much to get a list of all the appearances he’s made w/lefties over the years. pic.twitter.com/mIPHHAewMp

The Washington Post later deleted their tweet with the erroneous label on Farrakhan, and corrected the story.

We have deleted this tweet because it incorrectly included Louis Farrakhan, who has espoused anti-Semitic views, in a list of far-right leaders. Facebook banned extremist figures including Farrakhan, Alex Jones, Milo Yiannopoulos for being "dangerous" https://t.co/iCI8pzK6aR pic.twitter.com/m87t1fglrZ

Unlike The Washington Post, which owned up to their mistake head on and made the appropriate changes, The Atlantic stealth edited their piece and never said a word about it, which shows a definite lack of character on their behalf.

In fact, a staff writer by the name of Adam Serwer defended the use of calling Farrakhan a right-winger, which only earned him more ridicule online.

These people just never learn do they? This is what happens when you place political agenda far and above good reporting and journalistic ethics. Simple understandings of what it means to be left-wing and right-wing would have kept this from happening.

Then again, they hate the right so much they’re willing to toss all the hateful folk on their side of the aisle over to us and act like that’s where they belong. Sad.