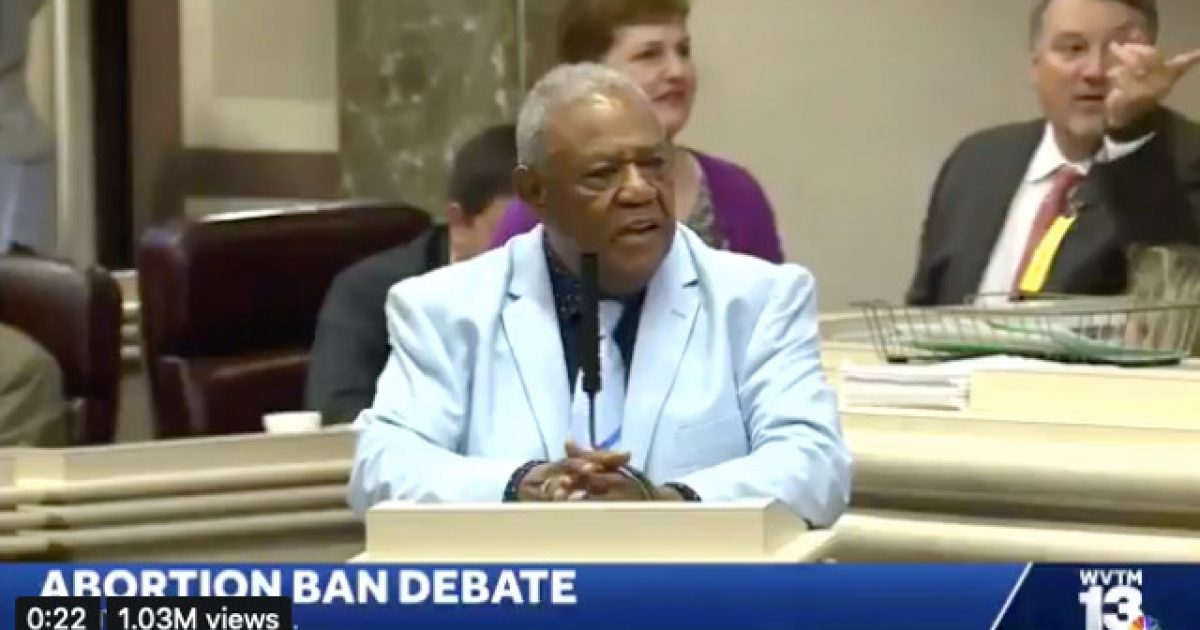 Democrat State Rep. John Rogers made some truly horrifying remarks on the floor of the Alabama House of Representatives on Tuesday concerning the scourge of abortion, saying “Some kids are unwanted, so you kill them now or you kill them later.”

This man is an absolute ghoul. It’s hard to believe that a living, breathing human being could say something so absolutely terrible and seemingly feel what they said is okay. This is the left in a nutshell, folks, finally showing their true colors.

Rogers remarks came as the Republican-controlled Alabama House voted overwhelmingly — 74-3 — to outlaw nearly all abortion in the state.

“Some parents can’t handle a child with problems,” Rogers continued, according to a local media report. “It could be retarded. It might have no arms and no legs.”

In support of abortion, Alabama State Rep. John Rogers (D) questions what happens when the child is born “retarded” and “half deformed” pic.twitter.com/HMV7PCVffP

One of the main purposes behind this bill in Alabama is to force the Supreme Court to revisit the 1973 Roe v. Wade decision that made abortion legal in the hopes of reversing it and protect the right to life for the pre-born in our nation who are having their rights violated by a heinous, selfish act of murder.

In all honesty, the whole idea that somehow abortion is a preventive against having unwanted children is bogus. If a woman does not want to have a child, she has a plethora of options available to her that would prevent pregnancy without committing murder.

For example, she could forego having sex until she’s mature enough to handle all of the responsibilities that come along with it by getting married to a fellow responsible adult male. Or both parties could use a condom. The list goes on.

If a woman consents to having sex then she is acknowledging she’s responsible enough to handle the possible consequences of said union. If she is not capable of doing so, then she should abstain. Punishing a child, a human being made in the image of God, for her own poor choices is abominable.

The monster who spoke these words ought to be ashamed of himself. The people of Alabama better be paying close attention. When it comes time for this man’s re-election, he needs to be kicked to the curb.