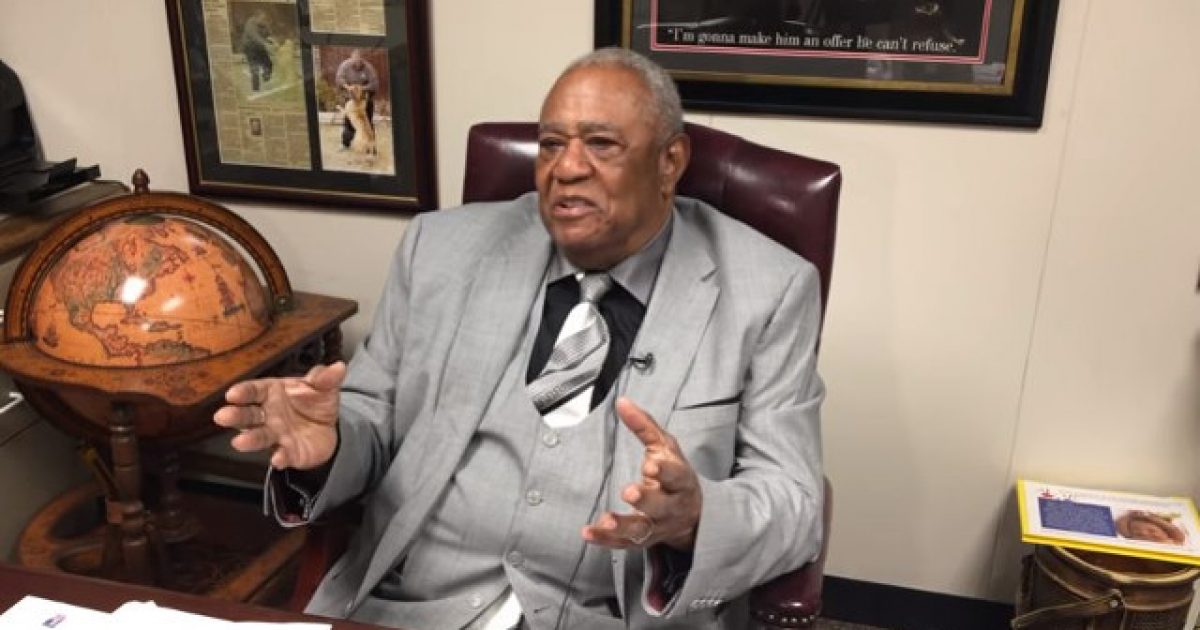 President Trump’s son, Donald Trump Jr., called Rogers out on his disgusting comments, and the way Rogers responded proves beyond a shadow of a doubt this man is as morally bankrupt as they come. This is pure evil.

Trump Jr. responded by tweeting: “This is stomach curling and makes Ralph Northam look like a moderate on abortion. Every Democrat running for President needs to be asked where they stand on this. The extreme turn we’ve seen from Dems on abortion recently is truly sickening.”

In an interview on Thursday, Rogers responded to Trump Jr.’s criticisms in an interview with WVTM 13, saying: “That’s an honor. Thank God. Right on … Him being born is the very good defense that I have for abortion. His mother should’ve aborted him when he was born, and then he wouldn’t have made that stupid statement.”

“He’s retarded or crazy, Donald Trump’s son. I knew he was crazy,” Rogers added. “The best defense I’ve got for abortion right there, looking at him.”

In support of abortion, Alabama State Rep. John Rogers (D) questions what happens when the child is born “retarded” and “half deformed” pic.twitter.com/HMV7PCVffP

John Rogers might be the most vile politician in this country right now, and given we live in a world where Ilhan Omar and other anti-Semites are openly able to spew their hate with zero consequences, that’s saying a whole lot.

Freedom of speech is fine and dandy, and this man has the right to say what he wants. However, saying what you want should come with hefty social consequences, and some of those consequences ought to be not being reelected the next time he runs for this seat.

These are the kind of people the progressive movement produces. Sad.