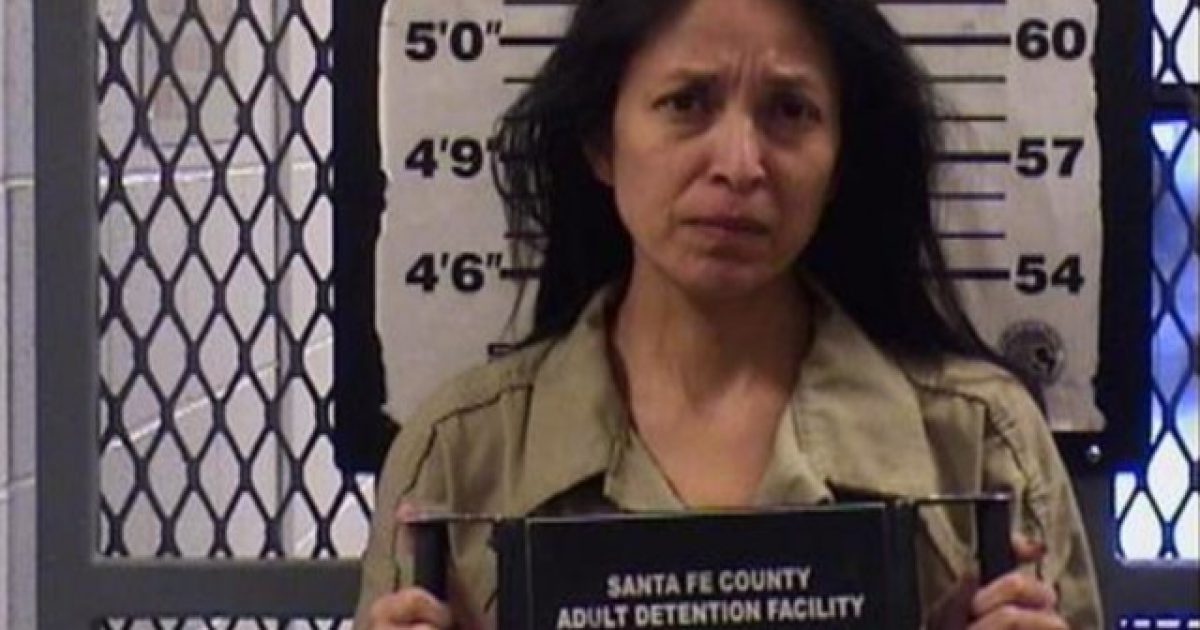 Native American activist and self-styled “award-winning journalist” — a term we should apply loosely to this individual — recently claimed that police racially profiled her and then abused her at a liquor store. However, it seems surveillance video of the confrontation is telling a much different story.

The video shows Jenni Monet making obscene gestures to the store’s employees and screaming obscenities at police officers, shortly before she was arrested for aggravated DWI in Santa Fe, New Mexico.

According to surveillance video obtained by the news network, Monet pulls up to the store and goes inside, but is refused service. “She then went back out to her car before she went back inside, and started screaming and making obscene gestures toward the staff.”

After the encounter, both Monet and the employees at the liquor store called authorities.

After Monet denies that she’s been drinking to a deputy, he asked the woman, “How come I can smell a really strong odor of alcohol?”

“I don’t know. I’ve not been drinking,” Monet answered.

The woman said she was racially profiled by staff at the liquor store. “How were they racially profiling you is what I’m trying to get at?” the deputy asked.

“Because I’m a brown woman,” she responded. “Do you not see that?”

Things heated up when Monet refused to take a sobriety test.

As the officers cuff Monet, she repeatedly screams, “Police brutality!”

Then more insults and accusations come: “You f***ing fat-fingered f***!” and “You f***ing racist motherf***er. You f***ing white supremacist!”

Monet apparently attempted to use her “status” as an “award winning journalist” to somehow get out of trouble, telling the arresting officers to “look her up.”

Despite the video evidence, Monet is sticking to her story. She’s even threatened to sue KRQE News 13 for covering the story. Hilariously, the network revealed that Monet is a former employee of the network from 20 years ago, though she’s had no recent affiliation with them.

Notice how quick the victim card came out in this case? This is how modern day liberals think. They truly believe that their actions never come with any sort of natural consequences. If you act like a raging jerk in public when you’re drunk, there’s a strong possibility you’re going to get cuffs slapped on your wrists.

Most normal people know that your actions come with either positive or negative consequences, but to the liberal, anytime they’ve done something wrong and get called on it, it’s because they’ve been victimized somehow. They should never be held accountable for their own actions. That’s what they think anyway.

It’s the ultimate display of self-entitlement. These folks are the ones destroying our current culture in this country.