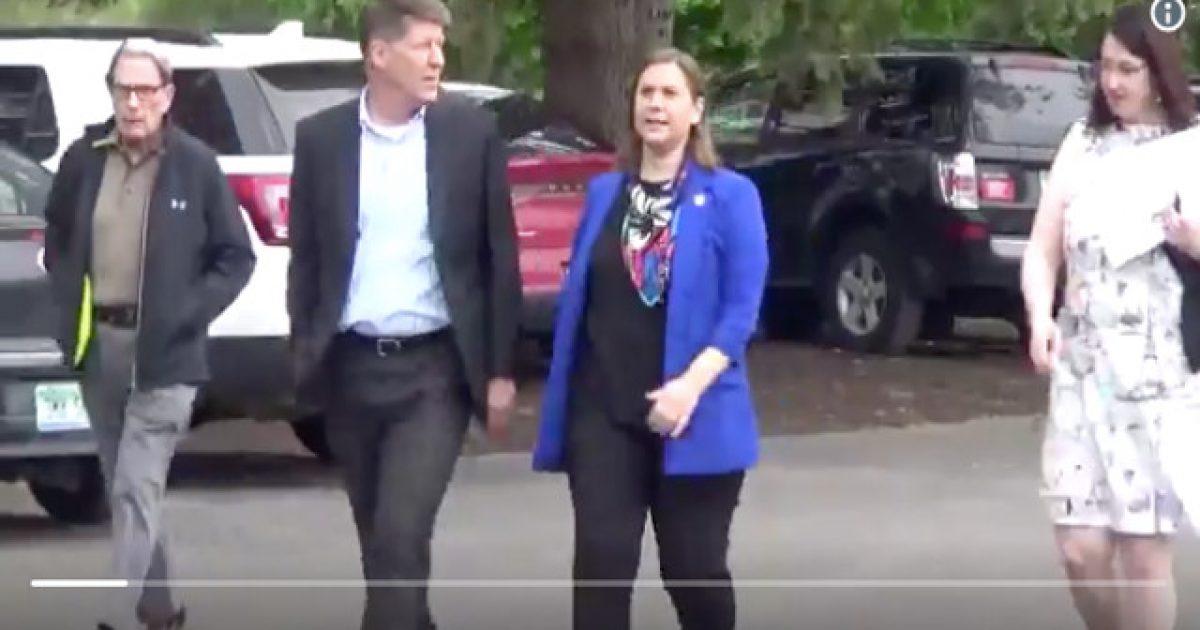 Democratic Reps. Gil Cisneros and Elissa Slotkin have decided they don’t want to be re-elected to Congress, and to ensure that happens, they’re refusing to condemn anti-Semitic comments made by their radical colleagues Reps. Ilhan Omar and Rashida Tlaib when pressed about the issue on camera.

Not a smart move, guys. Not smart at all.

The lawmakers were recently approached and asked if Omar and Tlaib should face any repercussions for their anti-Semitic remarks.

Here's @GilCisnerosCA running away from a question on whether @IlhanMN and @RashidaTlaib should be reprimanded for their constant anti-Semitic outbursts!

Another day, another freshman Democrat refusing to stand up to anti-Semitic hate. Here's @RepSlotkin refusing to say whether Ilhan Omar or Rashida Tlaib should face any consequences for their hateful remarks. https://t.co/HivTLTEm1Y #MI08 pic.twitter.com/GPHo0rsWGC

Omar has been condemned by Congress and many of her Democratic colleagues multiple times over her blatant anti-Semitism, which includes promoting a conspiracy theory that Nazi Germany used to demonize Jews; supporting the anti-Semitic BDS movement; suggesting that Israel should not be allowed to exist as a Jewish state; claiming without evidence that her “Jewish colleagues” had devised a scheme to silence her criticism of Israel; falsely claiming that pro-Israel groups were paying off American politicians to be loyal to Israel; and claiming without evidence that her Democratic colleagues were expecting her to have dual loyalties.

Tlaib has engaged in promoting anti-Semitic revisionist history to delegitimize the State of Israel; accusing her Jewish colleagues of having dual loyalties; does not support a two-state solution between Israel and Palestine; supports anti-Semitic BDS campaigns; and has been photographed hanging out with supporters of Islamic terrorist organizations who have said that Israel has no right to exist.

Isn’t it ironic how the Democratic Party, which is supposed to be all about racial equality and ending racism, is allowing comments made two of its own to go unpunished despite it basically going against everything they claim to stand for?

Why would they not take a stand? Well, you see, the Democrats are between a rock and a hard place. Thanks to their ridiculous political correctness, they can’t stand against this form of anti-Semitism without bashing two Muslims, which then makes them look racist.

Plus, they’re trying to pander to the Muslim population in America and make them lifelong Democrat voters and going after these two ladies would shoot that strategy right down.

Wouldn’t want that, now would we?