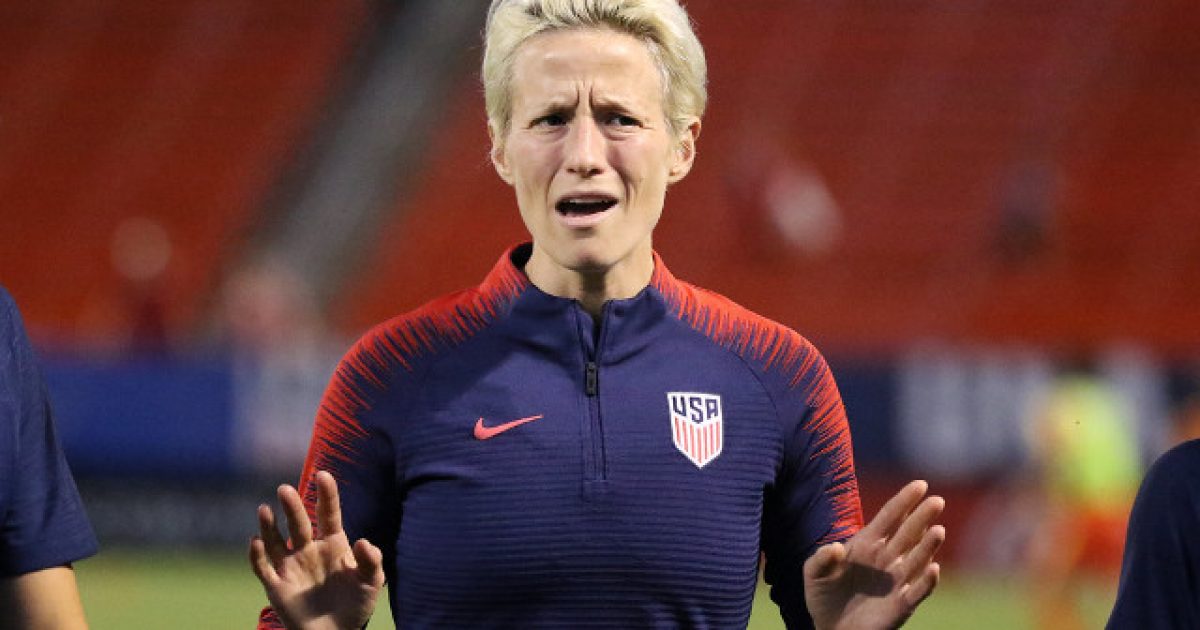 U.S. Women’s soccer captain Megan Rapinoe, just weeks before she leads her team to defend their World Cup title in France, has declared that she will probably never sing the National Anthem again.

The reason why? To give an “f-you” to President Trump. Yes, these people are indeed insane and incredibly petty.

Rapinoe told Yahoo! News in an interview published this week that she will “probably never sing the national anthem again” in protest of the Trump administration.

The openly gay soccer star triggered a wave of controversy in September 2016 after she knelt during the national anthem before a soccer match, becoming the first white athlete to follow in former NFL quarterback Colin Kaepernick’s footsteps. The protest is a demonstration against rampant police brutality in the U.S.

Now, Rapinoe said, her very existence has become the protest, characterizing herself as “a walking protest” against President Donald Trump.

“I feel like it’s kind of defiance in and of itself to just be who I am and wear the jersey, and represent it,” she told Yahoo! Sports. “Because I’m as talented as I am, I get to be here, you don’t get to tell me if I can be here or not.

“So it’s kind of a good ‘f-you’ to any sort of inequality or bad sentiments that the administration might have towards people who don’t look exactly like him,” she continued, “which, God help us if we all looked like him. Scary. Really scary. Ahh, disturbing.”

Rapinoe called the president “sexist,” “misogynistic,” “small-minded,” “racist, “not a good person,” and claimed his administration does not “value all Americans equally.”

Someone go get this gal some cheese to go with that whine. Good grief. Have you ever seen a more petty group of people than folks like Rapinoe?

The truth of the matter is that if you dare to believe anything contrary to what progressives like this woman believe, or do not celebrate their “alternative lifestyle” you get labelled as a bigot.

There’s no room for disagreement in the liberal worldview, and that’s the problem.

It’s sad this is the kind of person who will be representing the United States on the national stage at one of the biggest competitions in the world.