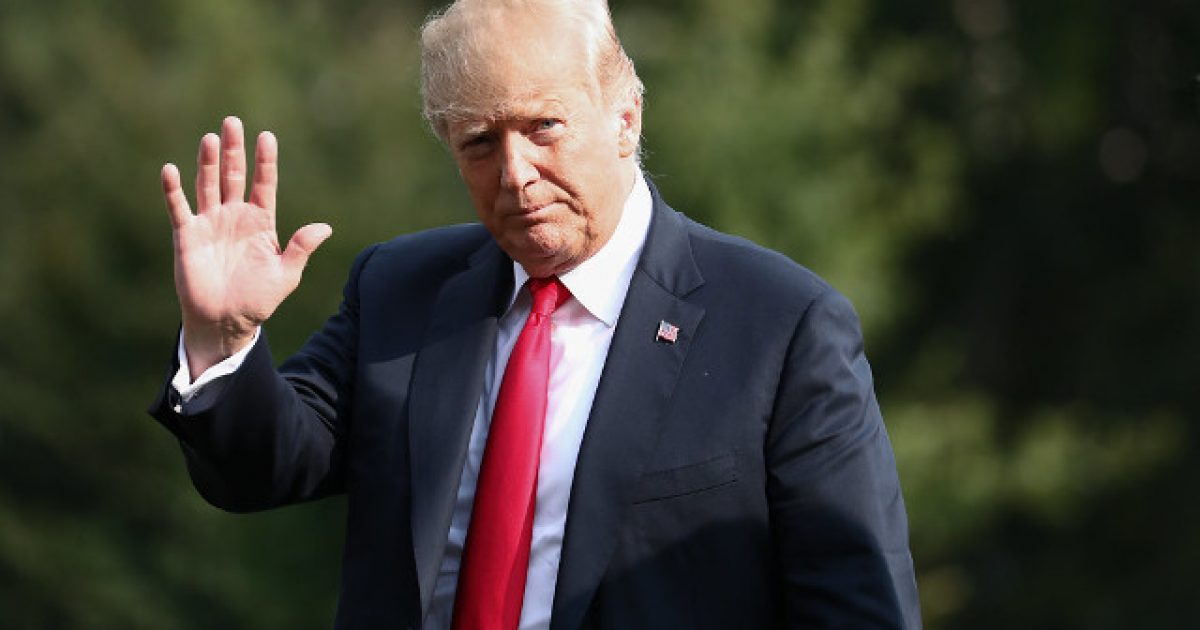 President Trump recently conducted a radio interview where he came out hard against Massachusetts prosecutors who are working hard to keep Immigration and Customs Enforcement agents from doing their duty and arresting illegal immigrants in Bay State courtrooms.

This goes hand-in-hand with the left’s agenda to ensure that folks are allowed to just waltz over the border and into America, you know, to help Democrats pad their voter rolls.

“It’s a sad situation and very unfortunate for Massachusetts,” the president said of the current debate over the enforcement of federal immigration law in the state.

“It would be my honor” to face arrest for shielding illegal immigrants from ICE, Suffolk County District Attorney Rachael Rollins said Monday.

“These are people that probably don’t mind crime, they don’t mind what’s going on,” Trump said of the prosecutors after calling into Boston Herald Radio’s “The Adriana Cohen Show” on Wednesday afternoon.

“You look at MS-13, they say in the world there’s nothing more evil,” Trump continued. “These are some very, very bad people. To try and protect them, I don’t think so.

The president is absolutely spot on when he talks about the fact that the liberals in this country do not care about the rampant crime caused by criminal illegals coming into the country with rap sheets a mile long and connections to violent groups like the MS-13 gang and drug cartels.

There are folks coming here who don’t have “pie in the sky” notions of somehow creating a better life in America. No, they want to come and take advantage of our welfare system and get paid under the table with no thought or concern for contributing to the system they are leeching off of.

Our resources are limited as a country and should be reserved for citizens only. If a person wants to come and be part of this great country of ours, then they can come in through the front door and not sneak through the window. That builds trust and shows us that person is serious about being a contributing member to our society.