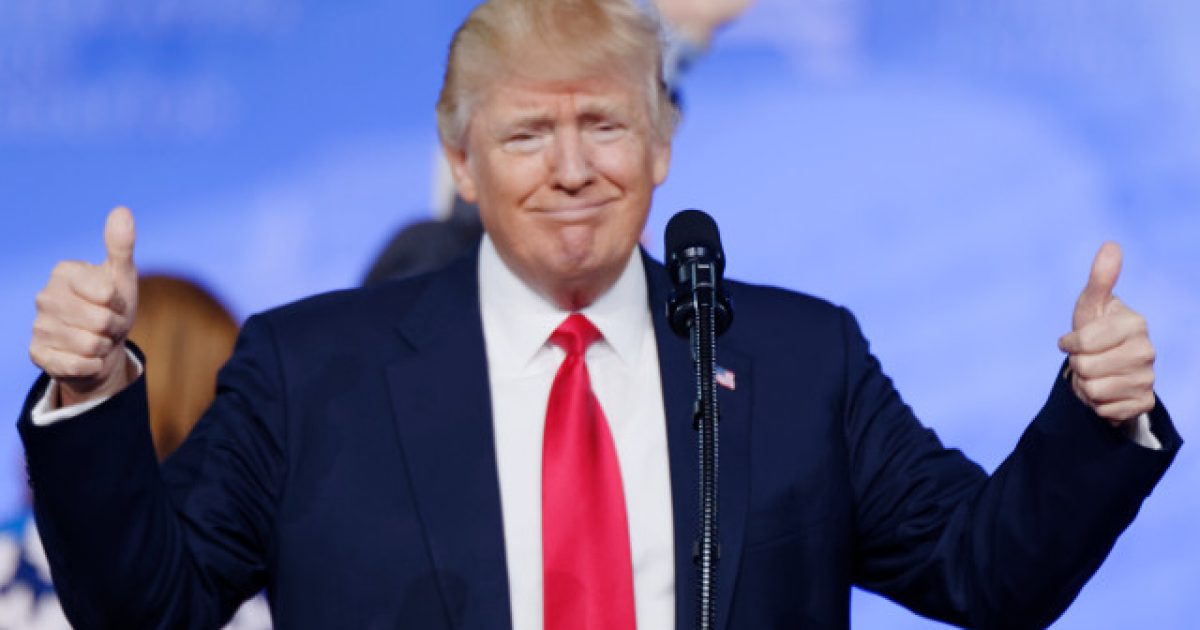 On Friday Trump did what Trump does best and took roasted South Bend Mayor and current Democratic Presidential candidate Pete Buttigieg, referring to him as the mascot of Mad Magazine, Alfred E. Neuman, which ended up causing a chain reaction that eventually led to Mad taking a big swipe at Buttigieg himself.

You just absolutely have to love how Trump causes so much disruption to the status quo going on in our current culture. Without him, politics would truly be boring.

Trump’s characterization of Buttigieg came during an interview with Politico in which he was asked what he thought of Buttigieg and joked, “Alfred E. Neuman cannot become president of the United States.”

Later on Friday in San Francisco, Buttigieg was queried about Trump’s remarks. Buttigieg acted as though he had never heard of the Mad Magazine icon, simultaneously mocking Trump for his age. He said, “I’ll be honest. I had to Google that. I guess it’s just a generational thing. I didn’t get the reference. It’s kind of funny, I guess. But he’s also the president of the United States and I’m surprised he’s not spending more time trying to salvage this China deal.”

Who’s Pete Buttigieg? Must be a generational thing.

Prior to the exchange over Trump nicknaming Buttigieg, Trump had spoken at a Florida rally last week, where he took some shots at the Democratic contenders for the presidential nomination, saying, “You got a choice between Sleepy Joe and Crazy Bernie. And I’ll take any of them. Let’s just pick somebody, please, and let’s start this thing. Let’s start it. We have a young man, Buttigieg. Boot-edge-edge. They say ‘edge-edge.’ He’s got a great chance. He’ll be great. He’ll be great representing us against President Xi of China. That’ll be great. I want to be in that room. I want to watch that one.”

It truly seems like President Trump is specially gifted to come up with killer nicknames for his political opponents, as he’s come up with some real doozies over the last few years. The best, by far, has to be “Sleepy Creepy Joe,” in reference to Democratic presidential candidate Joe Biden and his penchant for getting a little “handsy” with the ladies.

President Trump is just too sharp for a lot of folks who want to take him on in the upcoming election and to be honest, it’s going to get brutal come debate season. Hope whoever the Democrats choose to take him on can handle all of the epic burns he’s going to deliver. He’s truly going to embarrass them.

It’s amazing Buttigieg doesn’t know the cultural icon that represents Mad Magazine, an American institution when it comes to humor and satire. This guy is clearly out of touch with what makes good culture.

Anyway, this was an epic burn by Mad. Can’t wait to see what they post next.