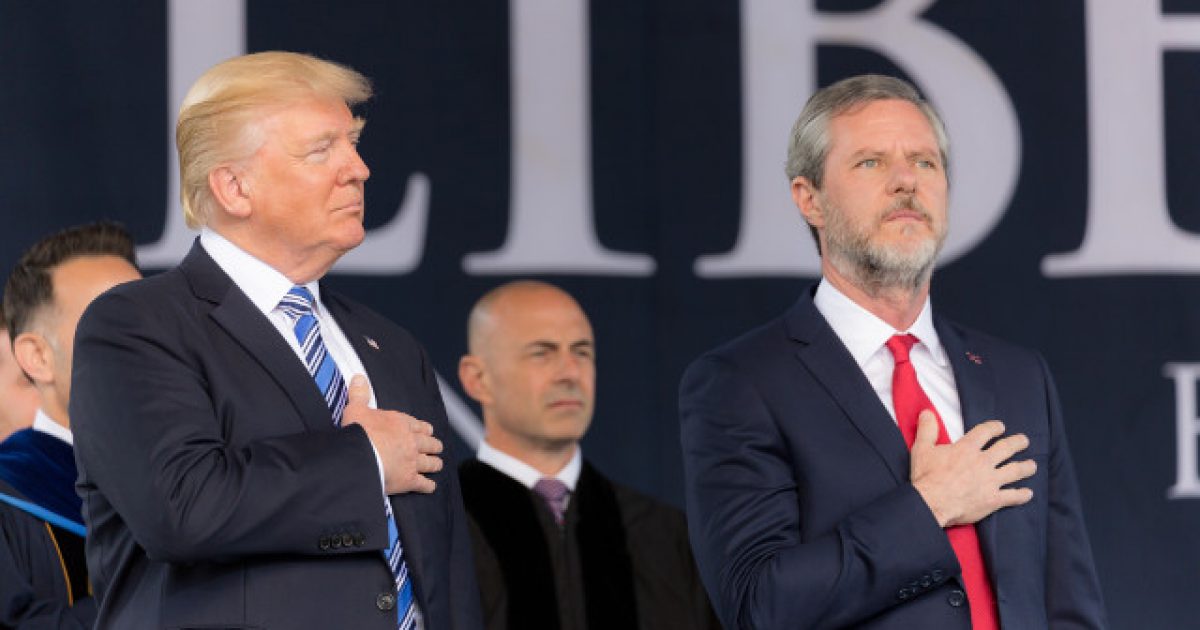 There’s no doubt that Liberty University’s Jerry Falwell Jr. is a devoted supporter of President Trump, truly seeming to bend over backwards to support the man no matter what he does.

Well, his devotion to the president may have taken a terrifying level, especially if his comments on Twitter are serious and not a joke.

“After the best week ever for @realDonaldTrump – no obstruction, no collusion, NYT admits @BarackObama did spy on his campaign, & the economy is soaring,” Falwell wrote. “I now support reparations-Trump should have 2 yrs added to his 1st term as pay back for time stolen by this corrupt failed coup”

Just yesterday, Speaker Nancy Pelosi worried that Trump might not respect the results of an election were he to lose it, so Democrats may find no laughing matter in what was, one hopes, not a serious suggestion. Probably.

Back when President Obama was nearing the end of his term in office, a few folks on the left contemplated different ways he might extend his presidency to a third term. Folks at the time who were supporters of Trump were not at all happy about the conjecture and responded strongly about it on social media opposing it loudly.

Will those same folks support the kind of idea Falwell tossed out into the ether? Let’s hope for the sake of consistency in the application of principles they don’t.

Term limits are an absolute must. The last thing we want is any president from any party being able to set themselves up as a dictator and outstaying their welcome. Our leaders are to be chosen by us, the people. That’s a critical component to our way of life and to the preservation of liberty.

If Trump wants to serve more in this capacity, he needs to run for office and earn it. He’s done a good job thus far and will likely be elected to a second term.