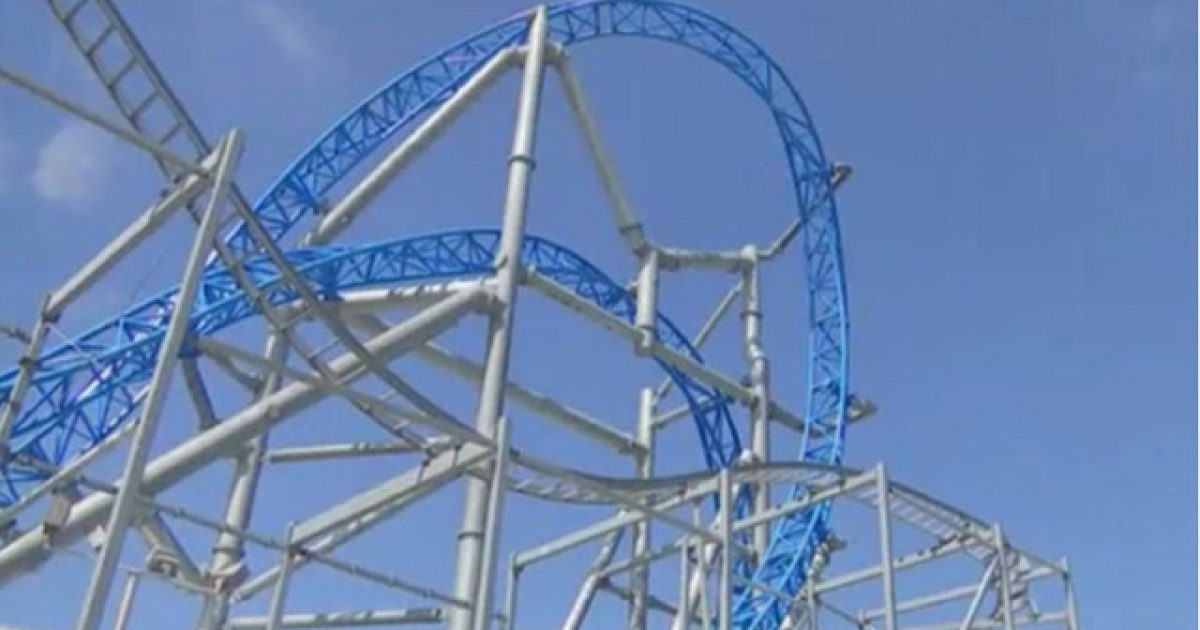 A theme park in New Jersey is trying to reassure the public that one of it’s rides is completely safe and ready to give them thrills and chills after a test of the ride resulted in test dummies being tossed from the ride onto the roof of a nearby hotel.

On April 20, Playland’s Castaway Cove on the Jersey Shore conducted a routine safety check on its GaleForce Roller Coaster, using water-filled dummies. According to the park’s vice president, Brian Hartley, the dummies contained undetected leaks, which caused them to lose their shape and flop off the ride.

The dummies landed on the nearby roof of the Ebb Tide Suites hotel, causing damage that was quickly repaired. No people were injured in the mishap.

Harley told WCAU-TV that the incident was “an unfortunate situation,” but not to worry, insisting the roller coaster is 100 percent safe. He said “nothing failed on the ride at all,” while admitting it wasn’t a good look.

“We’re going to have to do a better job at checking those tubes and making sure there’s no leaks, obviously, before we send them out,” he said.

Apparently the reason the dummies went flying out of their harnesses was because of the leak, which of course, wouldn’t happen to a human being. Wink, wink.

The roller coaster in question is 125 feet high and launches at 64 mph. In order to get on the ride, passengers have to be at least 48 inches tall.

Guess this means if you’re a hobbit, you’re going to have to find some other way to get your adrenaline fix. That’s unfortunate and highly discriminatory against short people.

Guess we’ll need to do some hashtag activism on behalf of the shorties in New Jersey so they won’t be discriminated against and be allowed an equal opportunity to hurt themselves on a dangerous roller coaster.