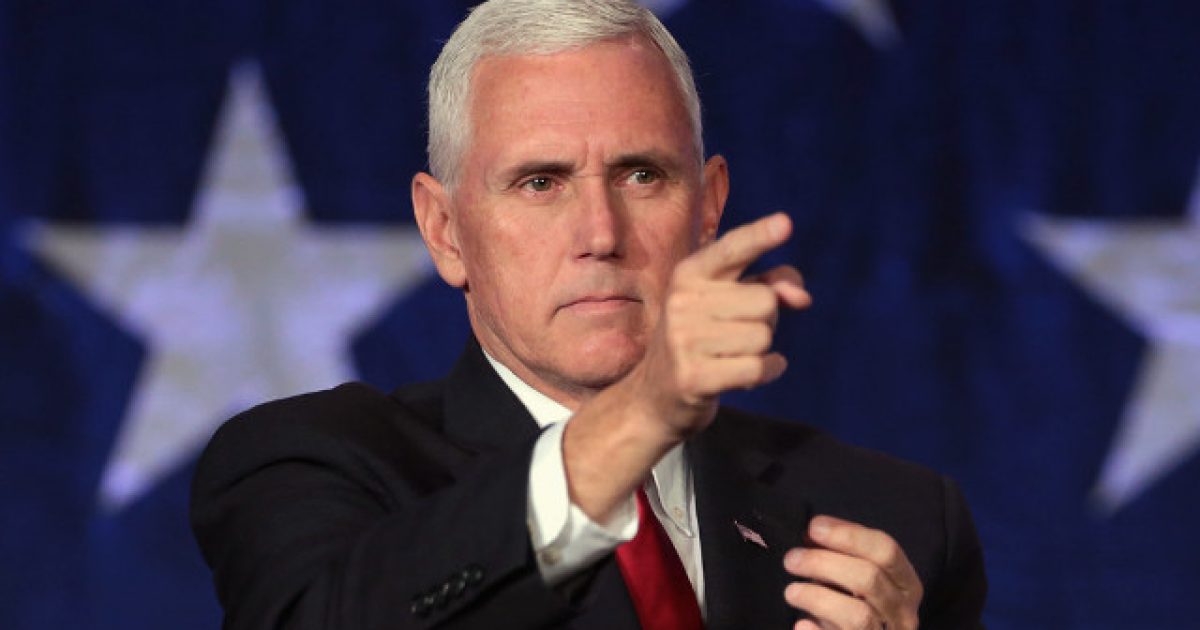 Vice President Mike Pence was just about to deliver the commencement speech for Indiana’s Taylor University, one of the oldest evangelical Christian colleges in the country, when a group of students thought they’d make a “woke” statement by walking out on him.

A music professor for the school was in the middle of leading students in singing “Be Thou My Vision” when the students walked out of the Kesler Student Activity Center.

The students who remained in the auditorium gave Pence a standing ovation during his introduction.

The Indy Star reported that during his speech, Pence stated:

If what you’ve seen and heard and learned in this place has also taken hold in your hearts, I want to encourage you to go from here, and live it out, and share it, and put feet on your faith as you carry and minister over the course of your lives. Because America needs men and women of integrity and faith now more than ever.

You know, the truth is that we live in a time when religious belief is under assault. We’ve seen unspeakable acts of violence against religious communities. Synagogues in Pennsylvania and California. Mosques in New Zealand. Churches in Sri Lanka. And three historically black churches burned to the ground in Louisiana.

And on a much lesser scale, but more prevalent, we see a change in our culture as well. You know, throughout most of American history, it’s been pretty easy to call yourself a Christian — but things are different now. Lately, it’s become acceptable, even fashionable, to malign traditional Christian beliefs.So as you prepare to leave this place and build your life on the Christ-centered, world-engaging foundation poured here at Taylor University, be prepared to stand up …

Now, to be fair, there was far more students who stayed than those who left, but the point of all this is to showcase just how much of a foothold progressivism has in the church and other related Christian institutions.

Truth must be preached from the pulpit, which includes the fullness of the gospel, regardless of who it offends and whether or not it tickles the ears of those who are in the audience.

When a person becomes a pastor or preacher of the Word of God, you have a solemn duty and responsibility to teach the whole Word of God, as you are a mouth piece for Christ. When compromise happens in the pulpit, when the shepherd becomes corrupted, it won’t be long before the flock follows.

If we want to protect our religious liberty, then we need to become bold as lions for the preaching and teaching of the Bible, even if it means we’re hated for it.