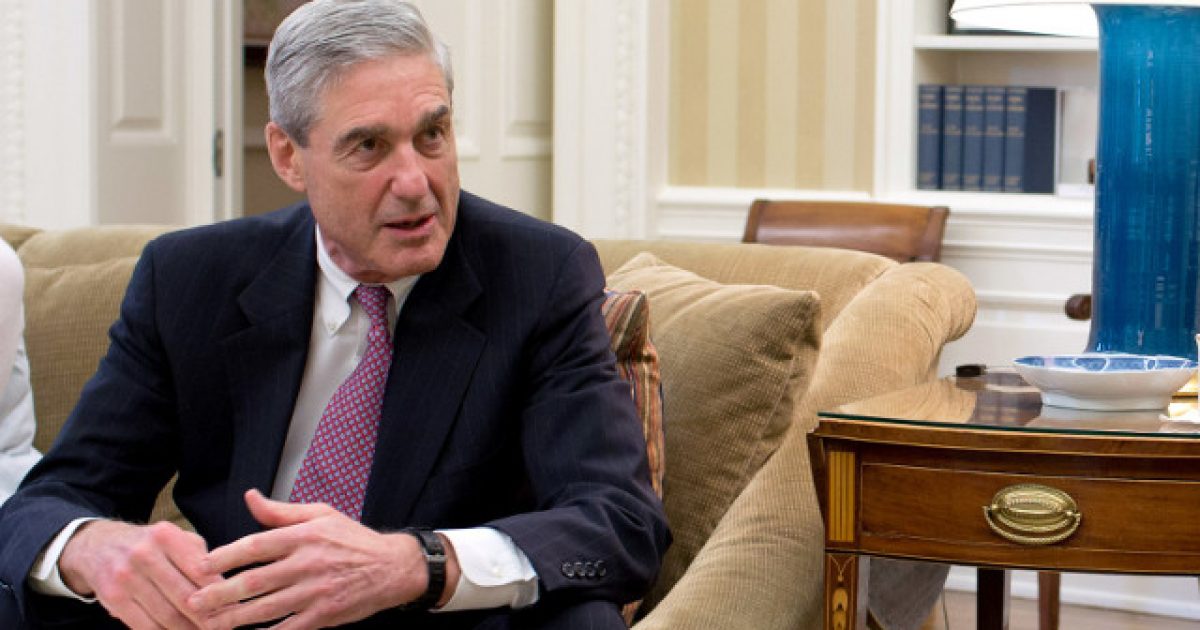 The man behind the Russian collusion investigation, Special Counsel Robert Mueller, delivered a statement today in his first public appearance since he was appointed as head of the investigation, and boy was it rich.

According to Mueller, charging Trump with a crime was never an option due to Justice Department policy, but stated that if they had “confidence” Trump didn’t participate in illegal activity, they “would have said so.”

This whole thing is just never going to go away, is it?

“I am speaking out today because our investigation is complete,” Mueller said. “The attorney general has made the report on our investigation largely public. We are formally closing the special counsel’s office. And as well, I’m resigning from the Department of Justice to return to private life.”

The Justice Department announced Mueller would make a statement on Wednesday morning–his first in the more than two years since he was appointed as special counsel. A senior White House official told Fox News that the White House was advised on Tuesday night of Mueller’s plans.

Meanwhile, multiple sources familiar with the situation told Fox News that Attorney General Bill Barr was aware of Mueller’s plans to deliver a statement Wednesday. One source told Fox News that Barr has also been made aware of the contents of Mueller’s statement. The attorney general, though, will not be at the Justice Department for Mueller’s appearance, and is, instead, traveling to Alaska to meet with law enforcement officials.

Meanwhile, the special counsel’s office this week issued a rare denial in response to questions about controversial author Michael Wolff’s upcoming book, “Siege: Trump Under Fire,” which reportedly claims that Mueller drew up an obstruction of justice indictment against President Trump.

So it seems that Mueller is not “confident” that Trump didn’t do something naughty with Russia to influence the 2016 political race. At least that’s what it seems like his initial comment is saying, right?

Look, if there’s no evidence to indicate he did anything illegal, then that is basically an exoneration, is it not? Or are they assuming that Trump is just really good at covering his tracks?

Regardless, it’s time to move on from this whole situation. There’s nothing that points to Trump doing anything wrong. The left is just desperate to shut him down any way they can. Let’s get to talking about real issues facing this country and how to continue our current economic recovery.