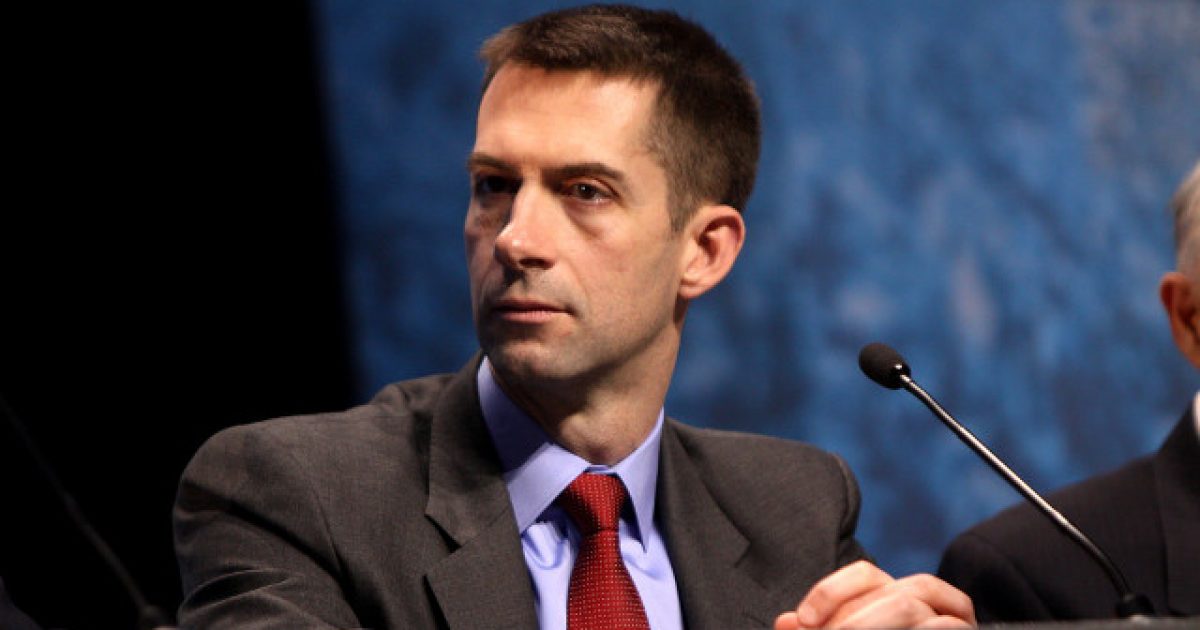 Sen. Tom Cotton isn’t the kind of guy who hides his thoughts and feelings on an issue, and his brutal honesty was once again put on display with his comments about the current tension building between the U.S. and Iran, noting that a war with the Middle Eastern country would end in two strikes.

Yeah, that’s a definite burn, one that might require some sort of topical ointment to lessen the sting, if such a product exists.

Now, nearly four years later and with the Trump administration saber-rattling with the Iranian mullocracy, Cotton is showcasing his staunch confidence as to how quickly a prospective military conflict between the U.S. and Iran would end. Specifically, Cotton told host Margaret Hoover on the “Firing Line” program that it would take precisely two military strikes to definitively defeat Iran in war.

“Firing Line” tweeted: “Senator [Tom Cotton] tells Firing Line if it comes to war with Iran, he is confident the United States would win, and would win swiftly. ‘Two strikes, the first strike and the last strike,’ says the Senator.”

Senator @TomCottonAR tells Firing Line if it comes to war with Iran, he is confident the United States would win, and would win swiftly. “Two strikes, the first strike and the last strike,” says the Senator. pic.twitter.com/twTdrFTwHu

Later on in the interview, Cotton stated that an all-out war with Iran would be totally justified if the regime in power struck out against U.S. military forces or those of our allies in the region and would result in a “devastating response against Iran.”

That being said, Cotton stated he isn’t advocating taking military action against the Middle Eastern country, just stating that if they attack the United States it would be a “grave miscalculation on their part and there would be a furious response.”

That pretty much says it all, doesn’t it?