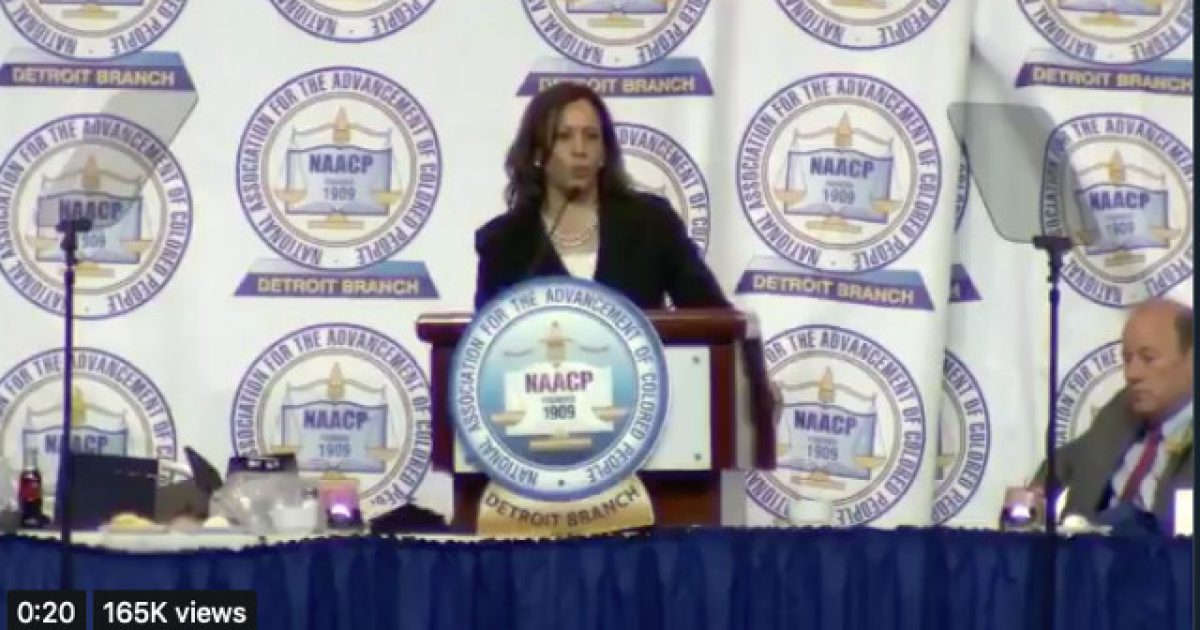 Democrats are already trying to drum up unrealistic fears ahead of the 2020 presidential election, stating that President Trump may not accept the election results that take place, ignoring the fact that it was actually Democrats back in 2016 who refused to accept the results.

Sen. Kamala Harris claimed during a speech to the Detroit, Michigan chapter of the NAACP that the reason Democrats lost Florida and Georgia in the 2018 midterms was because of “voter suppression.”

Because there’s no way people might actually be rejecting leftism as an ideology, right?

“Let’s say this loud and clear – without voter suppression, Stacey Abrams would be the governor of Georgia, Andrew Gillum is the governor of Florida. So, the truth is, we need a new Voting Rights Act.”

Sen. @KamalaHarris speaks to Detroit @NAACP: "Let's say this loud and clear — without voter suppression, @StaceyAbrams would be the governor of Georgia, @AndrewGillum is the governor of Florida. So the truth is we need a new Voting Rights Act." pic.twitter.com/j37Rjkhcmb

Each of these candidates have refused to concede their elections. Abrams is on a countrywide tour claiming she actually won. Just last week she told an audience that she refuses to concede. In that same speech, she also bragged about increasing Democrat turnout, so it’s hard to see how she still gets away with the absurd claim that voters were suppressed.

“I won because we transformed the electorate, we turned out people who had never voted, we outmatched every Democrat in Georgia history,” Abrams said.

How about no, Abrams? You lost. Fair and square. You asked if folks wanted what you were selling and they gave you a hard pass. Get over it. Accept it. Move on. Grow.

Hillary Clinton, three years later, still refuses to accept the truth that she lost to Donald Trump, attempting to concoct every kind of excuse for her campaign’s implosion that you can think of.

At the end of the day, the reason the left lost is because we had eight years of President Obama and his hard left politics and it was extremely bad for the country. The economy was devastated. Taxation was blisteringly high. And then, of course, there was the disastrous Obamacare which screwed folks out of their insurance coverage, favorite doctors, ect.

People wanted to try something a little different. They chose Trump. Rather than making excuses, perhaps the left ought to take note of the kind of people who voted for Trump — which included a stunningly large number of Democrats — and ask themselves what those people want.

You know, do some due diligence about the kind of issues and concerns real Americans have and then craft a plan to solve those issues. Easy enough, right?