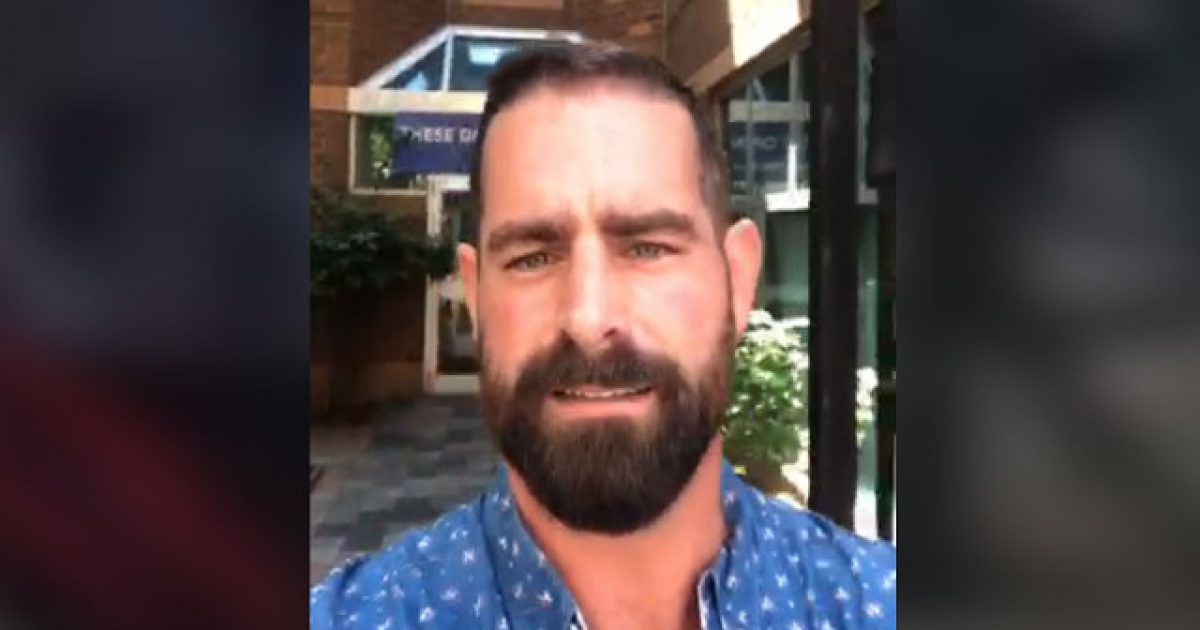 Democratic State Rep. Brian Sims, an aggressive, hateful, disgusting pro-abortion advocate, who harassed an older woman during a pro-life event and then offered $100 to dox three teenage girls who were praying outside a Philadelphia based Planned Parenthood has tucked tail and gone into hiding after catching a whole lot of flack for his actions.

But now that pro-lifers have responded to Sims’ harassment, such as inviting the Democrat to a pro-life rally in response to his antics, he’s nowhere to be found. The elected official has locked his Twitter account, was a no-show at the rally, has security outside of his office building, and is not allowing constituents in to engage in dialogue.

After harassing an elderly woman on video and offering $100 to dox three teenage girls praying outside a Planned Parenthood abortion clinic, elected official @BrianSimsPA has locked his Twitter account. pic.twitter.com/ZZYf6aVTat

Sims’ legislative account appears to still be open to the public, though it has been inactive since May 6.

Some of the latest tweets from Sims’ personal account before closing it off to the public were directed at pro-lifers. “Bring it, Bible Bullies! You are bigots, sexists, and misogynists and I see right through your fake morals and your broken values. #BeReal,” read one message from the Democrat. Another mockingly said, “‘Don’t discriminate against our discrimination. Don’t bully our bullies. Don’t hate our haters.’ – P**** Grabbers and Baby Cagers.”

He also posted what was an “apology” video regarding his behavior, though the only apology he offered was one to Planned Parenthood, not those whom he harassed.

In response to Sims antics, pro-lifers gathered outside the Philadelphia Planned Parenthood for a massive protest rally. Of course, Sims was not in attendance at the event, though he was formally invited to come. When pro-life media outlets attempted to get a comment from Sims, his representatives declined.

We just tried to speak with @BrianSimsPA at his Philly office and were STONEWALLED by the receptionist! #FreeSpeech pic.twitter.com/Zt0xu09LNj

So Sims is pretty much a coward. He talked a big game and harassed people who politically disagreed with him who were protesting peacefully, yet when folks offer to have a civilized debate with him on the issue, he tucks his tail between his legs and runs. Typical liberal.

Folks on the right, particularly Christians who want to see this modern day Holocaust brought to an end, do not wish Sims harm like he does them. They just want a chance to talk with him and attempt to win his heart and mind over to their point of view through discussion. That’s called being an adult. Sims ought to try it sometime.