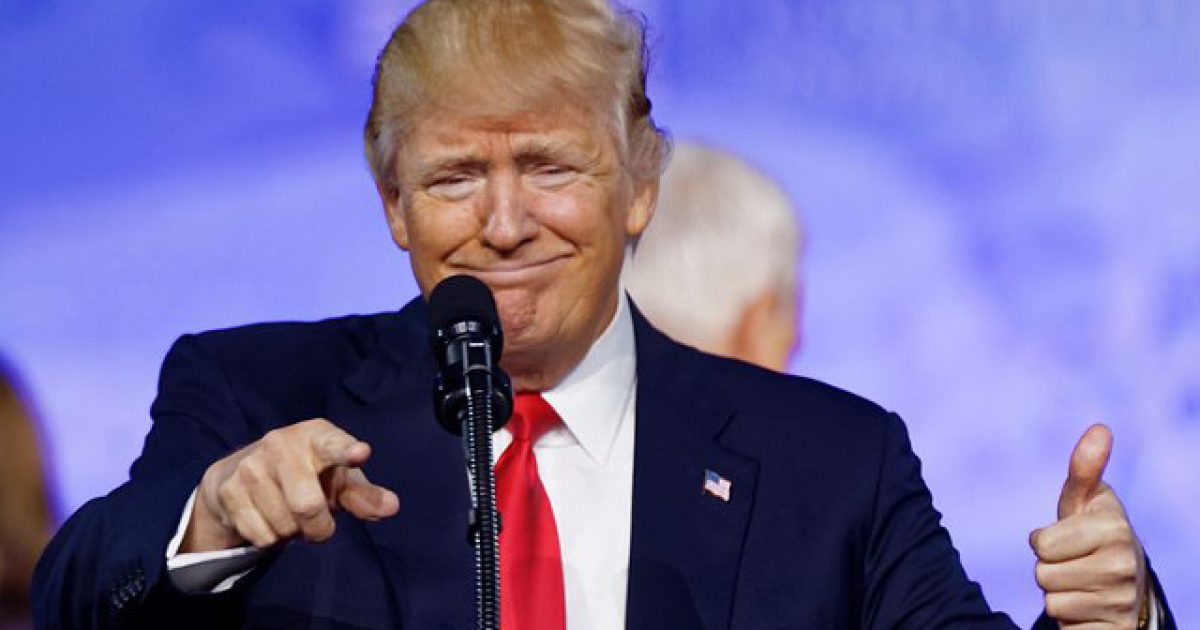 Just after President Trump hosted his first 2020 campaign rally in the Florida Panhandle, three radio stations in the area have promised to play his speeches every day until the end of the election, a move that you know is going to drive liberals all over the state up the wall.

Gulf Coast Media owner Samuel Rogatinsky told the newspaper that his stations WRBA-FM, WKNK-FM, and WASJ-FM will play two-minute snippets from Trump’s speeches “every hour of every day — perhaps sometimes twice an hour.”

The move came after Trump vowed to his supporters last week in Panama City that the government would send hundreds of millions of dollars in aid to the region that’s still reeling from that Category 5 hurricane hit the area in October.

“No games, no gimmicks, no delays,” Trump said about sending aid. “We’re just doing it.”

Rogatinsky, a Fort Lauderdale-based attorney, formed Gulf Coast Media which purchased the three stations from Powell Broadcasting Company late last year. The stations were off the air for months because of the damage caused by Hurricane Michael.

Rogatinsky said that the station hasn’t received negative feedback from its listeners.

“We ran it by a bunch of listeners and people in the area, and nobody’s upset about it. It’s Republican territory,” Rogatinsky told the Orlando Sentinel. “Nobody’s offended by it. It’s not an issue.”

In a day and age when everyone seems to be angry about the goofiest things, it’s somewhat refreshing to see that folks aren’t up in arms over this. Well, not yet anyhow. That could change at any moment.

The perpetually offended left has a lot of work ahead of them in the 2020 election if they want to have any sort of real hope of taking Trump on and possibly winning the White House.

However, it seems that they aren’t really willing to do what actually needs to be done to win. In order to give the president a run for his money, the left needs to move more to the center and drop the socialism. It doesn’t seem like the progressive movement is willing to even consider such a strategy.

If they continue their current path they will lose and lose big.