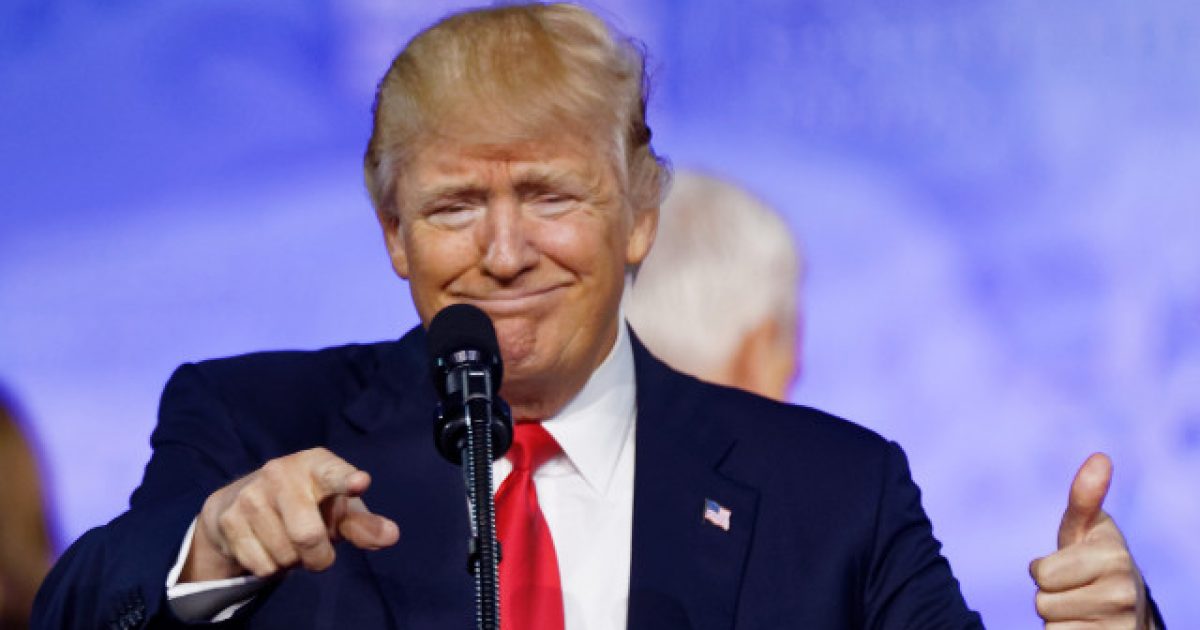 The Trump administration just got a huge win from a federal court who ruled on Tuesday that U.S. immigration authorities can make those seeking asylum wait in Mexico until their claims are processed.

This is a huge victory on the immigration front, which is something the president and those who support him sorely needed as the battle to seal the border continues.

On April 8, U.S. District Court Judge Richard Seeborg issued a preliminary injunction that blocked the Trump administration from temporarily returning asylum-seekers to Mexico. Less than a week later, the 9th Circuit Court of Appeals put a stay on the injunction.

Now the 9th Circuit Court has reversed Seeborg’s ruling completely. In the ruling, it said that the Department of Homeland Security “is likely to suffer irreparable harm absent a stay because the preliminary injunction takes off the table one of the few congressionally authorized measures available to process the approximately 2,000 migrants who are currently arriving at the Nation’s southern border on a daily basis.”

Judge Paul Watford did criticize the DHS, however, for its policy of not asking asylum-seekers if they were seeking asylum from Mexico before returning them there to wait for their claim to be processed. He said that the agency had not “offered any rational explanation for this glaring deficiency in its procedures.”

According to the Associated Press, which cited Mexico’s immigration agency, U.S. immigration authorities have had 3,267 asylum-seekers from Central America return to Mexico before their claims could be considered. This policy was put in place as a way to handle an increase in the amount of asylum-seeking families entering the United States.

Mexican officials have said that they are not in favor of this policy. Unaccompanied minors and Mexican nationals are exempt from this policy.

What makes this victory such a big deal is that the 9th Circuit Court has a history of ruling against President Trump, so the fact this ruling was favorable is a big turn in the status quo as it were.

It’s important to note, however, that those who oppose this ruling can still appeal to the Supreme Court, so Trump’s not out of the woods yet on this issue.

The left still doesn’t seem to understand why this is such an important issue. It’s not that conservatives are anti-immigrant. Nothing could be further from the truth.

We love immigrants, especially those who are seeking to come into the country legally and who want to be part of our great nation, contributing in many ways to our future success.

However, those who seek to circumvent our laws are not the kind of folks we should just let inside. There are many of them who are dangerous criminals looking for a place to hide and do damage to our people and our way of life.

We cannot allow that to happen. We must protect our citizens and our resources, reserving them for our own people. It’s not wrong to put your own country first. It’s just common sense.

Many of us love to help others, but we first ensure that our own families are taken care of. It’s the same principle here.

Unfortunately, the left sees that as racist, which is ridiculous.