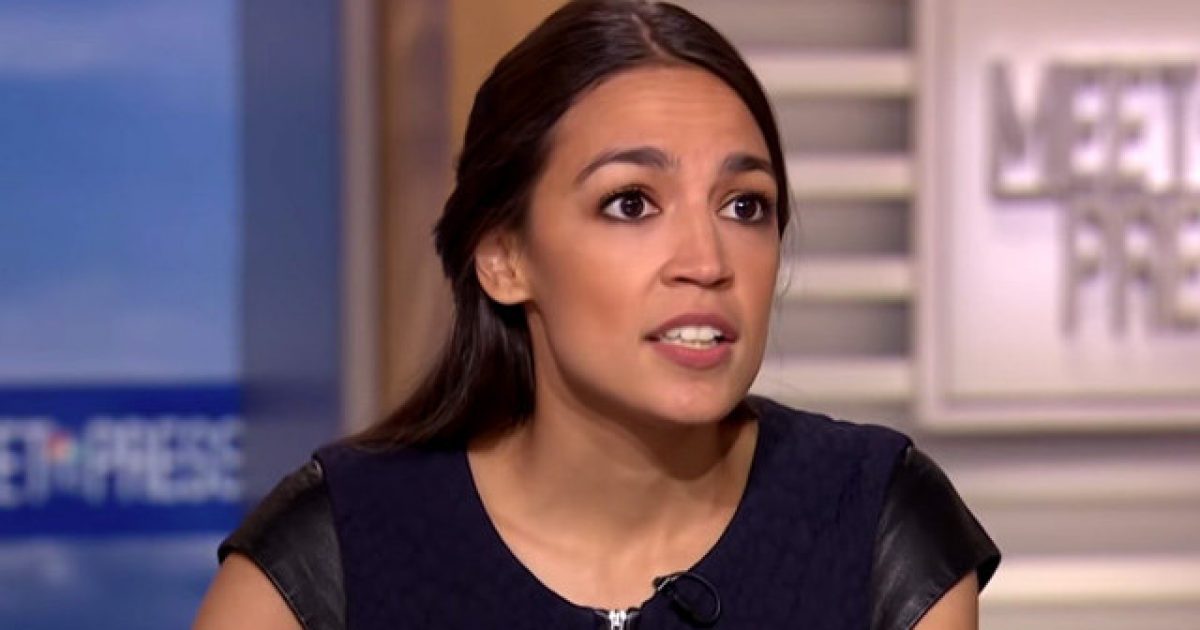 A popular parody account of everyone’s favorite Democratic Socialist, Rep. Alexandria Ocasio-Cortez, has been permanently banned from social media giant Twitter, amassing a huge following of 85,000 followers before it was shut down without clearly stated reasons for why.

Guess you aren’t allowed to grow popular by poking fun of one of the most ignorant individuals to ever sit in a congressional seat.

The politico who created and manned the account, Mike Morrison, also had his personal account permanently banned. Morrison, who believes the bans were politically motivated, had nearly 60,000 followers before his seemingly unprovoked exile.

According to screenshots provided by Morrison to Human Events, Twitter acknowledges that clearly-marked parody accounts are allowed but Morrison’s content posted to the AOC parody account was apparently too similar to comments actually made by the socialist.

“You may not register or create fake and misleading accounts. While you may use Twitter pseudonymously or as a parody, commentary, or fan account, you may not use misleading account information in order to engage in spamming, abusive, or disruptive behavior, include attempts to manipulate the conversations on Twitter,” an email from Twitter said.

Human Events noted that Morrison’s mock-AOC account followed their rules with regard to online parody:

“I think Twitter banned AOC Press for the increasing amounts of attention it’s been receiving lately,” Morrison said of the ban.

“In the past month and a half alone the account grew by roughly 50,000 followers. We’ve had tweets with over 30,000 likes on them, so I think Twitter decided it was time for [the account] to go,” he claimed. “They didn’t like how popular an account created by their political opposition had become.”

Is this really the kind of world we live in now? A world ruled by political correctness and censorship? You can almost feel our Founding Fathers rolling around in their graves. They surely would be disappointed by this weak, yellow, lily-livered generation and it’s inability to deal with hard truth and harsh criticism.

The bedrock of any free society, the very foundation of our liberty, is the ability for folks to share their thoughts and ideas freely without fear of censorship. This surely includes parodies of individuals who have rotten ideas that are being pushed by a majority of folks in this country.

Poking fun at bad ideas, using comedy as a vehicle to deliver truth, is something that has gone on in human civilizations since the dawn of creation. But now it’s suddenly a problem because folks can’t handle it.

At the end of the day, this certainly seems like Twitter attempting to silence a voice that disagrees with the politics personally held by many of the individuals who work for the company.

Many folks will say that Twitter is a private company and therefore can do what they want. Well, if they stop promoting politicians and allowing news to be published and shared on the site that would be absolutely true. However, they are more or less a publisher and therefore for them to silence someone’s voice is a violation of free speech.

It’s time we started holding these folks accountable for their actions and fighting back in favor of freedom of speech. If we don’t, we’re going to lose this fundamental right and our republic won’t be far behind.