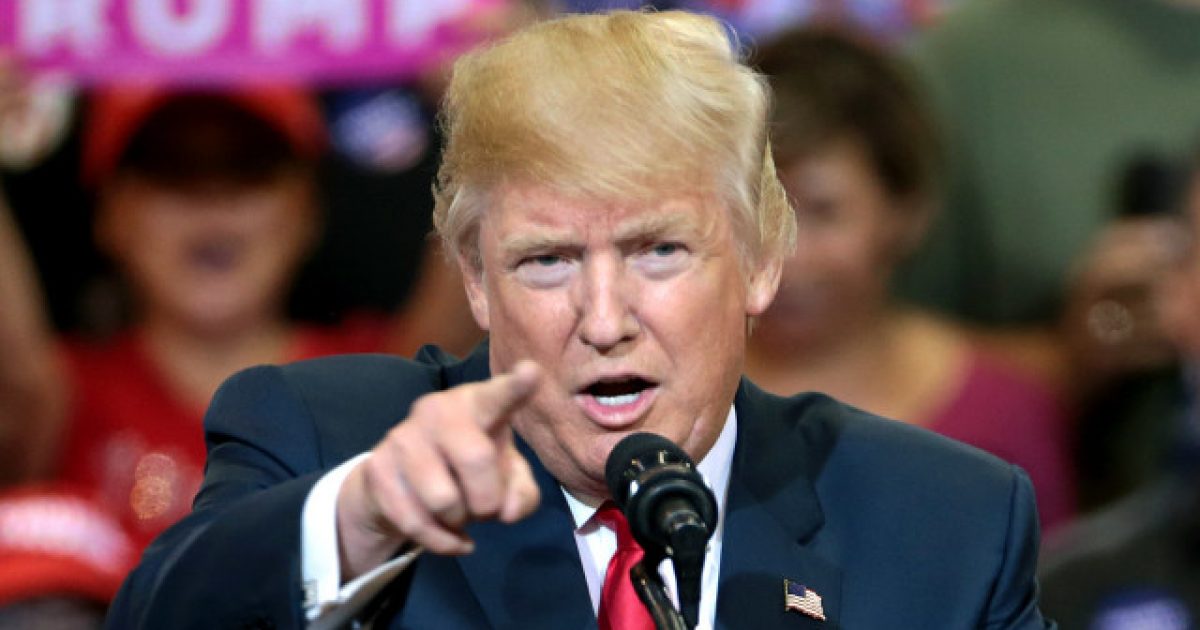 The New York Times published a rather large 3,600 word expose on the so-called “previously unrevealed figures” from President Trump’s federal income tax documents from 1985 to 1994, and the Commander-in-Chief had a little something to say about.

According to Trump, this whole piece is nothing more than a “highly inaccurate Fake News hit job!”

And you know what? That’s probably true.

“Decade in the red: Trump tax figures show over $1 billion in business losses,” the Times announces in the title to its report that contains various loaded subtitles, including “The Art of Losing Money” and “A Vulture’s Appetite.” The Times’ Russ Buettner and Susanne Craig signal in the beginning the goal of the report: to tear down Trump’s “self-spun narrative of business success and of setbacks triumphantly overcome.”

“By the time his master-of-the-universe memoir ‘Trump: The Art of the Deal’ hit bookstores in 1987, Donald Trump was already in deep financial distress, losing tens of millions of dollars on troubled business deals, according to previously unrevealed figures from his federal income tax returns,” the Times reports. “Trump was propelled to the presidency, in part, by a self-spun narrative of business success and of setbacks triumphantly overcome. He has attributed his first run of reversals and bankruptcies to the recession that took hold in 1990. But 10 years of tax information obtained by The New York Times paints a different, and far bleaker, picture of his deal-making abilities and financial condition.”

The new information — which was taken from Trump’s official IRS transcripts and figures from his federal tax forms (the 1040) — “represents the fullest and most detailed look to date at the president’s taxes, information he has kept from public view,” claim Buettner and Craig.

“The numbers show that in 1985, Trump reported losses of $46.1 million from his core businesses — largely casinos, hotels and retail space in apartment buildings. They continued to lose money every year, totaling $1.17 billion in losses for the decade,” the Times reports. “In fact, year after year, Trump appears to have lost more money than nearly any other individual American taxpayer, The Times found when it compared his results with detailed information the IRS compiles on an annual sampling of high-income earners. His core business losses in 1990 and 1991 — more than $250 million each year — were more than double those of the nearest taxpayers in the IRS information for those years.”

The Times noted that while they’ve been trying to uncover Trump’s tax returns for years, they didn’t obtain his actual returns, but the information contained in the returns that they received from someone else who had legal access to the documents.

Here’s a few tweets from Trump addressing the whole fiasco:

Real estate developers in the 1980’s & 1990’s, more than 30 years ago, were entitled to massive write offs and depreciation which would, if one was actively building, show losses and tax losses in almost all cases. Much was non monetary. Sometimes considered “tax shelter,” ……

….you would get it by building, or even buying. You always wanted to show losses for tax purposes….almost all real estate developers did – and often re-negotiate with banks, it was sport. Additionally, the very old information put out is a highly inaccurate Fake News hit job!

Trump’s attorney, Charles J. Harder spoke with the Times about the documents and he was none too happy with them:

Trump’s lawyer Charles J. Harder told the Times Saturday that the information they were using was “demonstrably false” and the Times’ claims “about the president’s tax returns and business from 30 years ago are highly inaccurate.” While he did not give any specifics on what was “inaccurate,” Harder followed up with another statement Tuesday saying, “IRS transcripts, particularly before the days of electronic filing, are notoriously inaccurate” and “would not be able to provide a reasonable picture of any taxpayer’s return,” the Times reports.

At the end of the day, do tax returns from this far back in time really matter in the present? The proof is in the pudding as they say and Trump has done a fabulous job in the Oval Office, helping to get the country back on track economically and getting people back to work.

He’s accomplished this by removing some of the red tape the government stuck up in people’s way and helping businesses get tax breaks they needed in order to expand and better compensate employees.

This is just another attack from the left meant to undermine his presidency and hopefully persuade people not to support him next year in the presidential election.

It doesn’t seem that this is going to have much of an impact on Trump’s base who are dedicated to making sure he gets another four years. The left might as well accept that they have a big uphill climb ahead of them if they want to take back the White House, and smearing mud isn’t going to make that climb any easier.