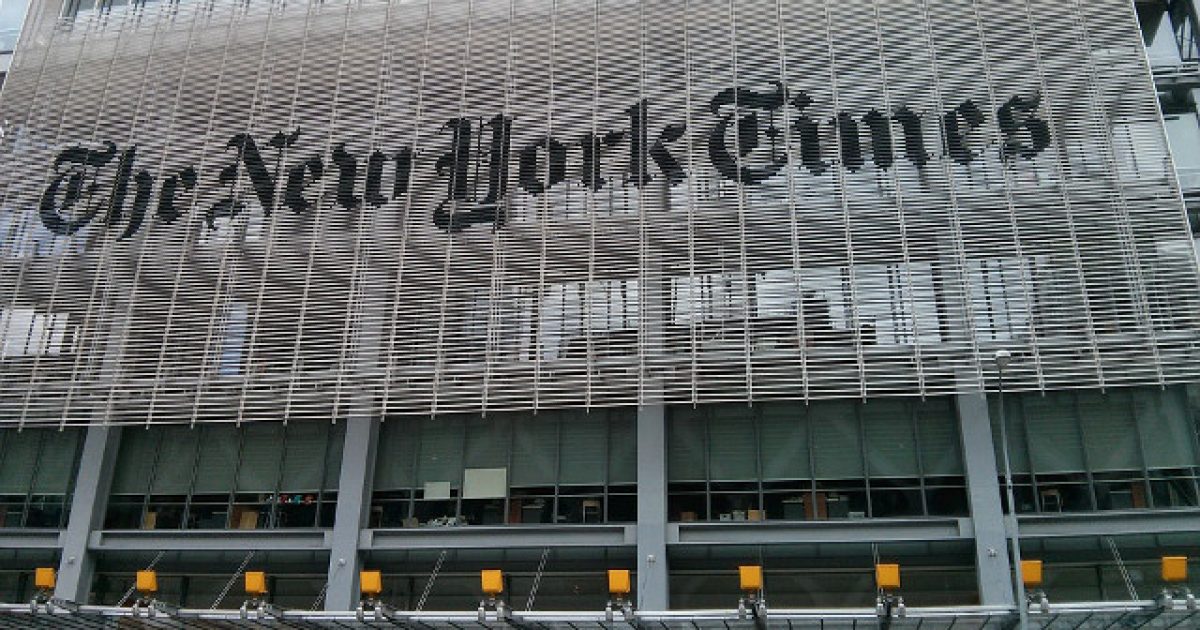 On Tuesday of this week, the NY Times published a hit piece on President Trump examining his tax returns from 1985 to 1994, which documents over $1 billion in business losses.

The purpose behind the piece? To destroy Trump’s “self-spun narrative of business success and of setbacks triumphantly overcome.”

Yeah, that’s not subtle or unbiased at all, is it?

“The numbers show that in 1985, Trump reported losses of $46.1 million from his core businesses — largely casinos, hotels and retail space in apartment buildings. They continued to lose money every year, totaling $1.17 billion in losses for the decade,” the Times reports. “In fact, year after year, Trump appears to have lost more money than nearly any other individual American taxpayer, The Times found when it compared his results with detailed information the IRS compiles on an annual sampling of high-income earners. His core business losses in 1990 and 1991 — more than $250 million each year — were more than double those of the nearest taxpayers in the IRS information for those years.”

The Times proudly tweeted out the story with a loaded post, suggesting that Trump somehow forced the media to portray him as a the embodiment of “wealth”: “While Donald Trump was losing over a billion dollars in the 1980s and 1990s, he was making himself the media’s go-to symbol for ‘wealth,'” the newspaper of record declared.

But as it turns out, The New York Times itself has experienced a whole lot of massive losses over it’s time too.

Can you imagine losing more than $1Bn on a business deal!?! pic.twitter.com/t5xurERkXG

Here’s a snippet from a report from the Times itself on their losses.

The New York Times Company, in its latest move to shed assets and focus more on its core brand, has agreed to sell The Boston Globe and its other New England media properties to John W. Henry, principal owner of the Boston Red Sox.

The sale, for $70 million, would return the paper to local ownership after two decades in which it struggled to stem the decline in circulation and revenue. The price would represent a staggering drop in value for The Globe, which The Times bought in 1993 for $1.1 billion, among the highest prices paid for an American newspaper.

At the time, The Globe was one of the nation’s most prestigious papers in a far more robust newspaper environment. But like other newspapers, it began to lose readers and advertisers to the Internet, and revenue plummeted. The Times Company has taken several write-downs related to the New England Media Group, and in February it said it was putting The Globe and other assets in the group up for sale.

Guess the Times slamming Trump for business losses is the pot calling the kettle black, huh? Perhaps they ought to have thought through the coverage of such a story and their intent to somehow tarnish Trump’s business reputation and realized how massively hypocritical it would make them look.

Then again, all that matters to the left is destroying Donald Trump. Doesn’t matter how, just as long as it happens. It’s all they’ve been dedicated to since 2016.

They’ve done nothing to advance their platform or to smooth things over with the average American voter who clearly sent them all a message by rejecting their policies in the person of Hillary Clinton back in 2016.

No, it’s all about smashing Trump and impeaching him because he needs to pay for beating Hillary. These folks are so thick skulled and blind by their own vengeance they can’t see the forest for the trees.

Their rigorous pursuit of the destruction of the Trump administration is only expanding Trump’s base of support and all but guaranteeing he gets another four years.

Congratulations, guys. Oh and thanks!