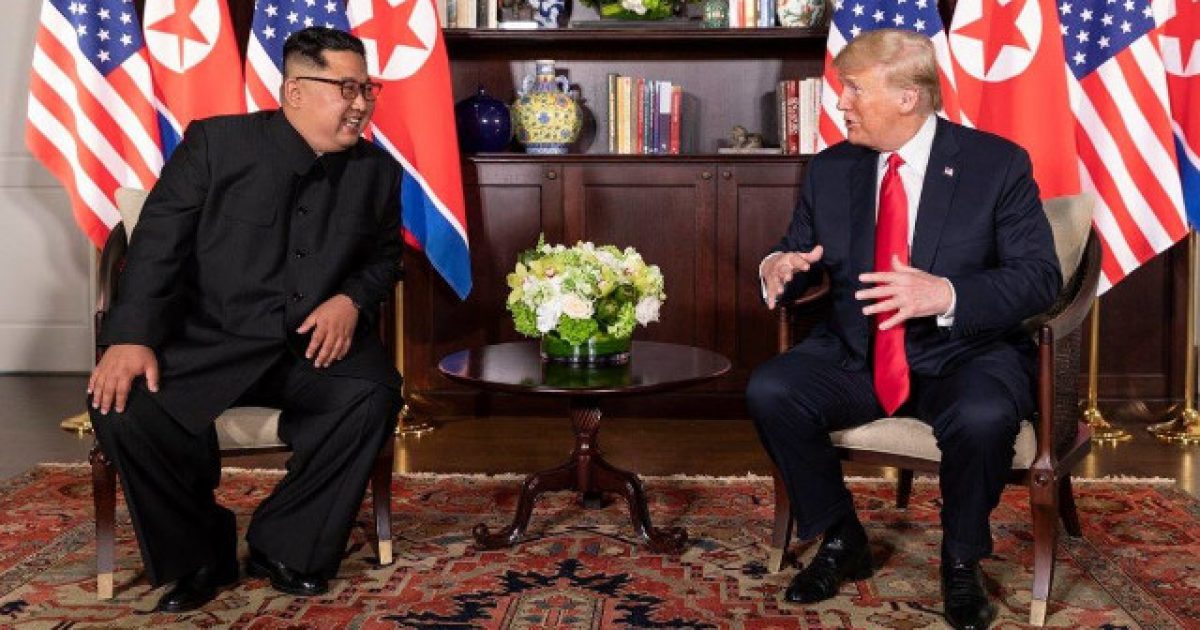 North Korea is up to their old tricks again, proving they have learned absolutely nothing from all of the negative sanctions they’ve received over the years, launching two short-range missiles.

This is the second missile test this week after a solid year of no testing.

The missiles were launched at around 4:30 p.m. local time Thursday from the city of Kusong in northwestern North Korea, the BBC reported. They traveled about 260 miles at a height of roughly 31 miles before plunging into the Sea of Japan. The test came just days after the country launched several short-range missiles, the first such test since late 2017.

“The U.S. and South Korean intelligence authority is conducting analysis for additional information,” South Korea’s Joint Chiefs of Staff said in a statement after the missile launch. “Our military has currently heightened its surveillance and alertness against possible additional launches, whilst maintaining combat readiness in close coordination with the U.S.”

Missile testing in North Korea had paused during 2018 and the first few months of 2019, as President Donald Trump and Kim Jong Un met to discuss a deal to move the hermit kingdom forward. However, in February their second summit broke down, reportedly after North Korea demanded that all U.S. sanctions were lifted before they can move forward.

After being asked in early March about reports that North Korea was rebuilding its nuclear capabilities, Trump said he would be “very, very disappointed if that were happening” but that he thought it was “too early to see” exactly what the North Koreans were doing.

Well, hopefully the president is prepared to be disappointed because it seems fairly likely they’re continuing their nuclear program.

This doesn’t reflect negatively on the president, who met with North Korean dictator Kim Jong Un several years back and supposedly secured an agreement with them to stop nuclear testing.

The Communist country is notorious for not keeping their word in past agreements so this is Kim Jong Un doing what Kim Jong Un does best. Which is lie.

Hopefully we’ll be able to navigate the waters here carefully and find a way to drop the hammer on North Korea to get them to fall in line without having to take violent or extreme measures.

The last thing anyone wants is a war, but North Korea is extremely volatile and needs to be put in their place. Guess we’ll have to wait and see how the whole thing unfolds.