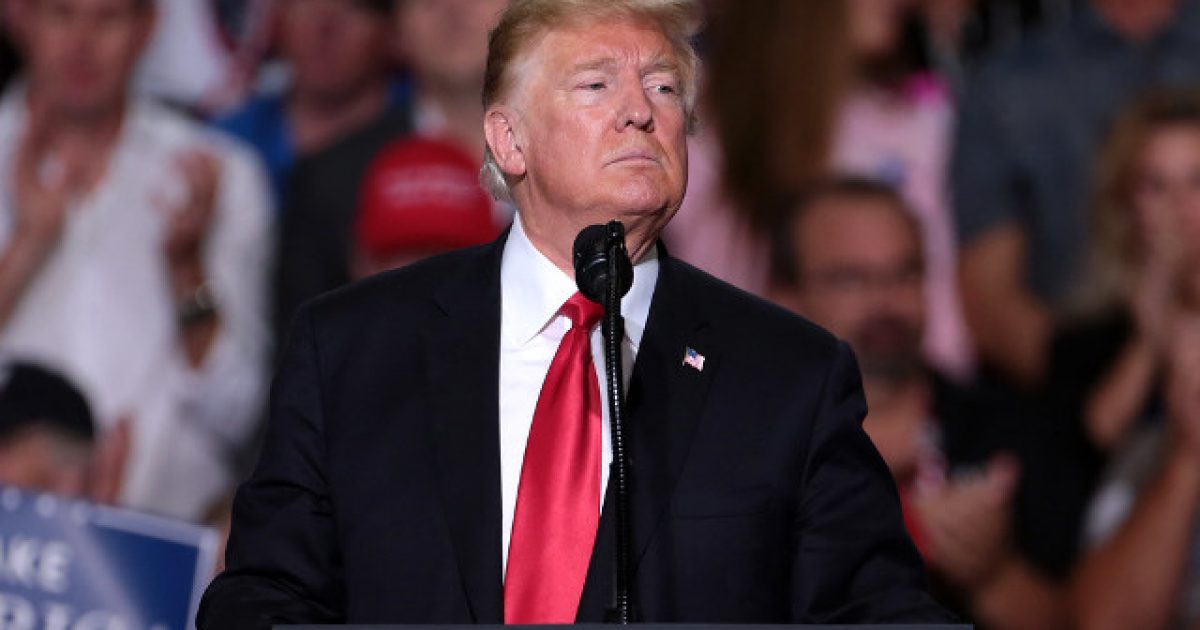 President Trump has apparently had enough of playing around with Mexico and all of the illegal immigration going on down at the southern border, so he has taken some serious steps to bring this problem to an end.

If you listen closely, you can almost hear all of the wacky leftists across the country losing their collective minds over this.

“On June 10th, the United States will impose a 5% Tariff on all goods coming into our Country from Mexico, until such time as illegal migrants coming through Mexico, and into our Country, STOP,” Trump tweeted. “The Tariff will gradually increase until the Illegal Immigration problem is remedied, at which time the Tariffs will be removed. Details from the White House to follow.”

….at which time the Tariffs will be removed. Details from the White House to follow.

In a message sent out by the White House, Trump explained that the 5% tariff on Mexico will increase by 5% every month — maxing out at 25% — until the flow of illegal immigration comes to a halt. Trump writes:

To address the emergency at the Southern Border, I am invoking the authorities granted to me by the International Emergency Economic Powers Act. Accordingly, starting on June 10, 2019, the United States will impose a 5 percent Tariff on all goods imported from Mexico. If the illegal migration crisis is alleviated through effective actions taken by Mexico, to be determined in our sole discretion and judgment, the Tariffs will be removed. If the crisis persists, however, the Tariffs will be raised to 10 percent on July 1, 2019. Similarly, if Mexico still has not taken action to dramatically reduce or eliminate the number of illegal aliens crossing its territory into the United States, Tariffs will be increased to 15 percent on August 1, 2019, to 20 percent on September 1, 2019, and to 25 percent on October 1, 2019. Tariffs will permanently remain at the 25 percent level unless and until Mexico substantially stops the illegal inflow of aliens coming through its territory. Workers who come to our country through the legal admissions process, including those working on farms, ranches, and in other businesses, will be allowed easy passage.

Over the years, Mexico has made massive amounts of money in its dealings with the United States, and this includes the tremendous number of jobs leaving our country.

Should Mexico choose not to cooperate on reducing unlawful migration, the sustained imposition of Tariffs will produce a massive return of jobs back to American cities and towns. Remember, our great country has been the “piggy bank” from which everybody wants only to TAKE. The difference is that now we are firmly and forcefully standing up for America’s interests.

This is the kind of action that is, unfortunately, completely and totally necessary due to the fact that Mexico is essentially just allowing folks to waltz across the border.

Many of the individuals who are flooding into our country are folks with massive criminal records, who have histories of violence and are associated with organizations like MS-13 and drug cartels.

Sure, there are some regular folk in there too, but the problem is, you don’t know who is who, which is why we need to stop this behavior in its tracks.

Kudos to Trump for taking action.