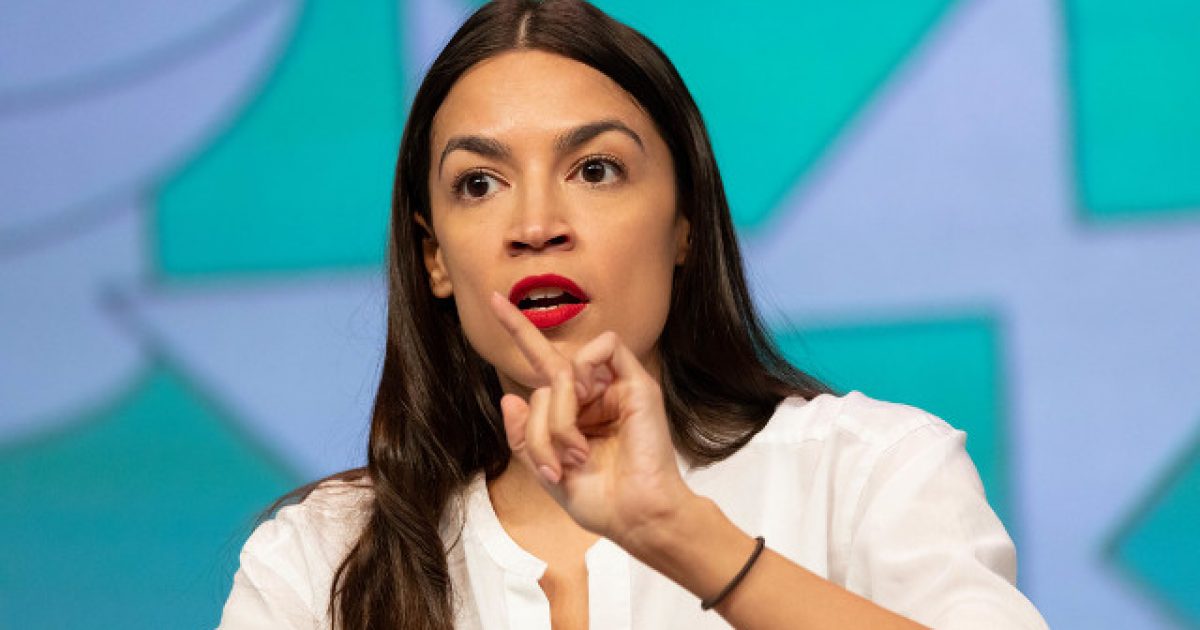 The New York Times published a piece by reporter Maggie Haberman over the weekend which focused on prominent White House staffer Hope Hicks and the subpoena she’s received from Congress.

Rep. Alexandria Ocasio-Cortez is none too happy about the piece, though it’s not the content alone that has her up in arms. It’s the fact the photo used of Hope Hicks is a glamour shot.

Yeah. This pretty much proves the left is super petty.

“Hope Hicks, one of the best-known but least visible former members of President Trump’s White House staff, is facing an existential question: whether to comply with a congressional subpoena,” the Times captioned the piece.

Hope Hicks, one of the best-known but least visible former members of President Trump’s White House staff, is facing an existential question: whether to comply with a congressional subpoena https://t.co/8NXpfQvxQL pic.twitter.com/L7aWVMsIdq

“This is a good example of bias in the [New York Times]: a picture of a person who is considering not complying with a subpoena is basically a glam shot, and it’s framed as a thoughtful, perfectly equal choice,” Soledad said, captioning the Times’ piece.

This is a good example of bias in the @nytimes: a picture of a person who is considering not complying with a subpoena is basically a glam shot, and it’s framed as a thoughtful, perfectly equal choice. https://t.co/qRHT31AsMg

In the immediate aftermath of shootings, media routinely post menacing photos of people-of-color victims + dredge up any questionable thing they’d ever done.

What gets me is news breaks that this woman is weighing committing a crime before Congress &it’s getting framed by the NYT as some Lifetime drama called “Hope’s Choice.”

This is a fmr admin official considering participating in a coverup led by the President.

Hmm. AOC’s response certainly seems to smell a whole lot like jealousy and envy, doesn’t it? Kind of like when the evil witch hates on Snow White for being gorgeous.

What’s even crazier though is how AOC actually accuses the NY Times of having a “pro-Trump” bias. Say what? Has she even read this publication over the last three years? There’s no pro-Trump bias at this paper. They have been one of his biggest critics, looking for new and creative ways to smash on him and conservatives in general.

Not to mention that AOC herself has had a fair share of glamour shots done, and received wildly favorable coverage from news outlets.

Seems a bit hypocritical to get mad over Hope Hicks, doesn’t it? This has to be a jealousy thing. The good looking girl in class getting hate from the average girls in the back of the room.

Not to sound sexist or anything, but if it’s not, what in the world is the problem?