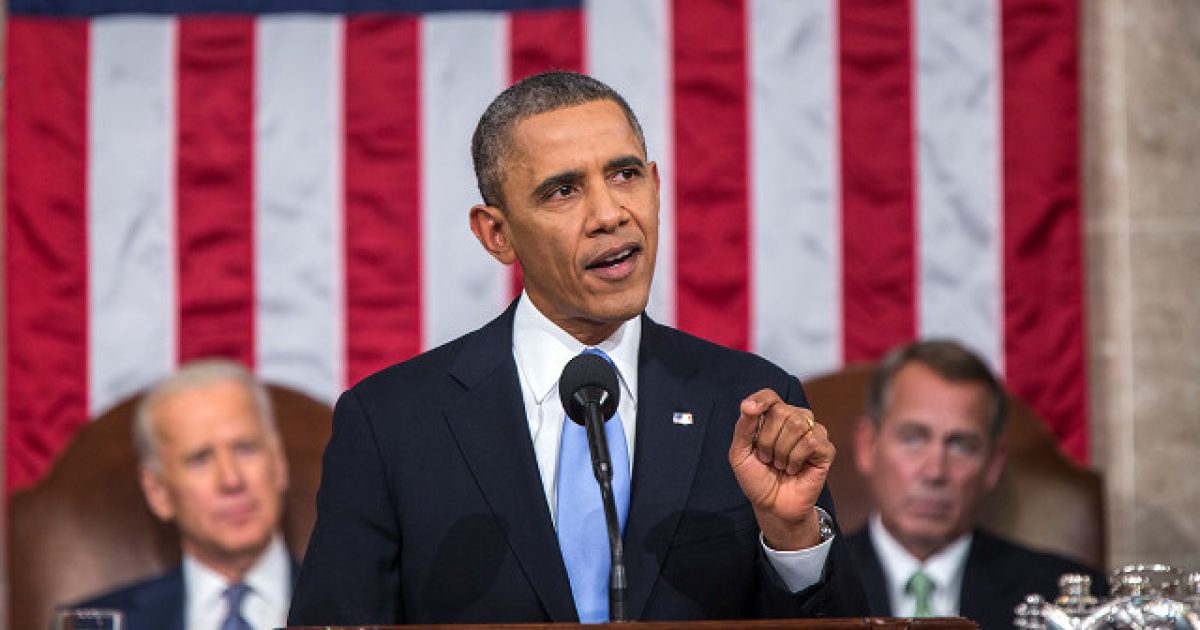 A new report published by the Columbia Journalism Review revealed that the actions taken against the press by the Obama administration were way worse than we all realized. The report featured information released as a result of a Freedom of Information Act request that wanted documents related to the Obama Justice Department’s attempts to stop leaks to reporters about those actions.

The report — which begins by warning against the threat the Trump administration poses to the freedom of the press — presents an alarming picture of the previous administration’s efforts to surveil the press and track down sources of leaks (h/t Ed Morrissey).

CJR’s report, authored by Ramya Krishnan and Trevor Timm, is based on a highly redacted 59-page report ​by the Justice Department’s Office of Professional Responsibility completed Dec. 9, 2014 and obtained via FOIA request by the Knight First Amendment Institute at Columbia University and the Freedom of the Press Foundation (where Krishnan and Timm work, respectively).

“In 2013, the Justice Department launched a brazen attack on press freedom, issuing sweeping subpoenas for the phone records of the Associated Press and several of its reporters and editors as part of a leak investigation,” the authors report. While those subpoenas have long been understood as “a massive intrusion into newsgathering operations,” they note, the recently unearthed 2014 report reveals that the subpoenas targeting AP “told only part of the story.”

The Office of Professional Responsibility’s report on the Obama Justice Department’s subpoenas of AP phone records reveals that “the DOJ’s actions against the AP were broader than previously known, and that the DOJ considered subpoenaing the phone records of other news organizations, including The Washington Post, The New York Times, and ABC News,” the authors explain. The report also reveals “how narrowly the DOJ interprets the Media Guidelines, the agency’s internal rules for obtaining reporters’ data.”

The Obama DOJ’s targeting of the AP came in response to May 2012 reports containing classified information about the CIA’s thwarting of a Yemen-based bomb plot. In early 2013, the Deputy Attorney General approved requests by the DOJ to subpoena AP telephone records in an attempt to uncover reporters’ sources, prompting AP to complain that the DOJ had violated the Media Guidelines about how narrowly subpoenas for reporters’ phone records should be drawn.

That, ladies and gentlemen, is just the tip of the iceberg.

Ever since President Trump took office and made it clear that he wasn’t going to take any crap from the liberal mainstream media in this country, which has long ago forsaken standards of journalistic integrity in favor of becoming the propaganda arm of the Democratic Party, leftists news outlets and publications have attacked him for the way he treats them.

The thing of it is, President Obama wasn’t all that and a bag of chips, contrary to their own claims. He was harsh on reporters too and wanted to make sure they were good little servants, only he did his crackdowns behind the scenes.

Perhaps, if the media was more balanced and objective, they would have an easier time getting folks to sympathize with them? Just a thought.