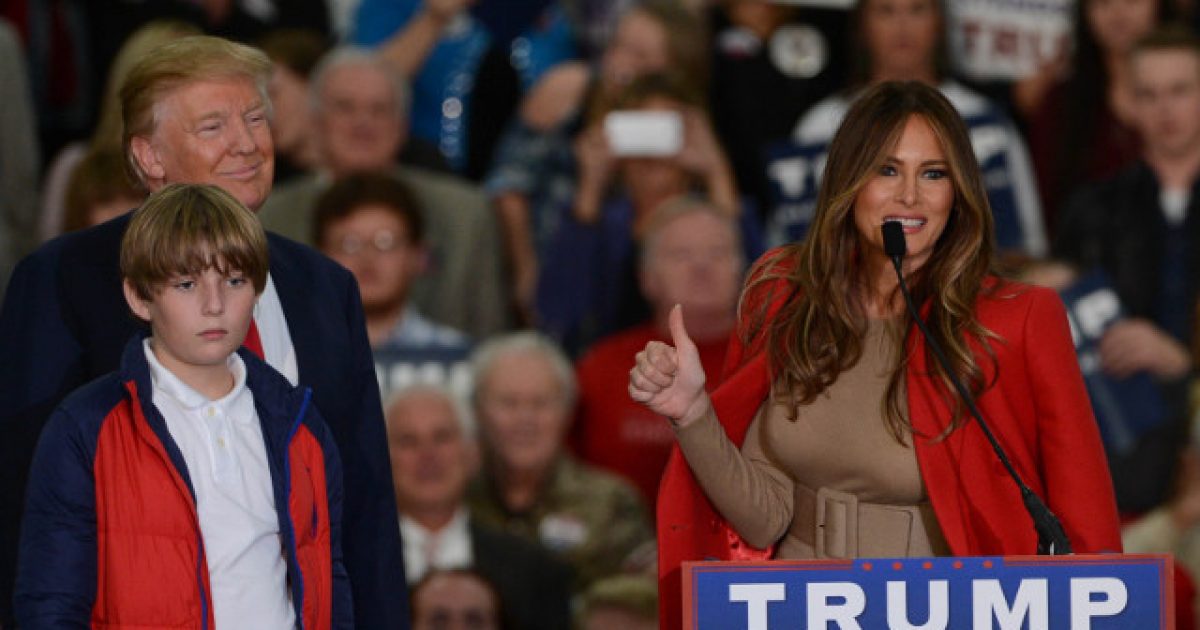 A new movie is debuting at the Cannes Film Festival this year, and the new poster, which features a Melania Trump look-alike holding the president’s severed head, is definitely drawing some attention to the film.

This is truly disgusting. Apparently these people haven’t learned their lesson from what happened to Kathy Griffin, who pulled a similar stunt and basically had her career destroyed.

The film, “When Women Rule the World,” features a bikini-clad Melania Trump-lookalike on its B-movie-style poster, complete with a likeness of President Donald Trump’s severed head clutched in her grasp.

According to The Hollywood Reporter, the film — of the science fiction genre — was written, directed, and produced by Sheldon Silverstein.

The film’s tagline reads, “Meet the First Lady of the Future with her Heads of State.”

So, this happened at the Cannes Film Festival: pic.twitter.com/lcXlXm4zGx

Silverstein told the outlet that the film is sci-fi satire “with sociopolitical themes” that “align with movements like #MeToo and Time’s Up.” The film also serves as a political commentary on social masculinity.

“Donald Trump gets in a fight with Putin over who has the biggest penis, and he pushes a button that starts World War III,” Silverstein said of the film’s plot. “It’s kind of crazy.”

Oh look guys. More Hollywood liberal “try-hards” doing their best to earn some “woke” points by making some “edgy” anti-Trump themed entertainment. Because no one else in Hollywood is doing something like this, right?

Give me a break.

This is the most unoriginal piece of garbage ever. Every show and movie has shots taken at the president. The only thing that sets this film apart from the other schlock is the poster, which is a desperate ploy for attention. Obviously the movie can’t draw folks in on its own, so it’s relying on shock value to get the job done. Sad.

It’s also disgusting and disturbing to have this stuff on a poster. Whether you like Trump or not, the man has children who will see this image and that’s horrifying. It’s time for the left to grow up.