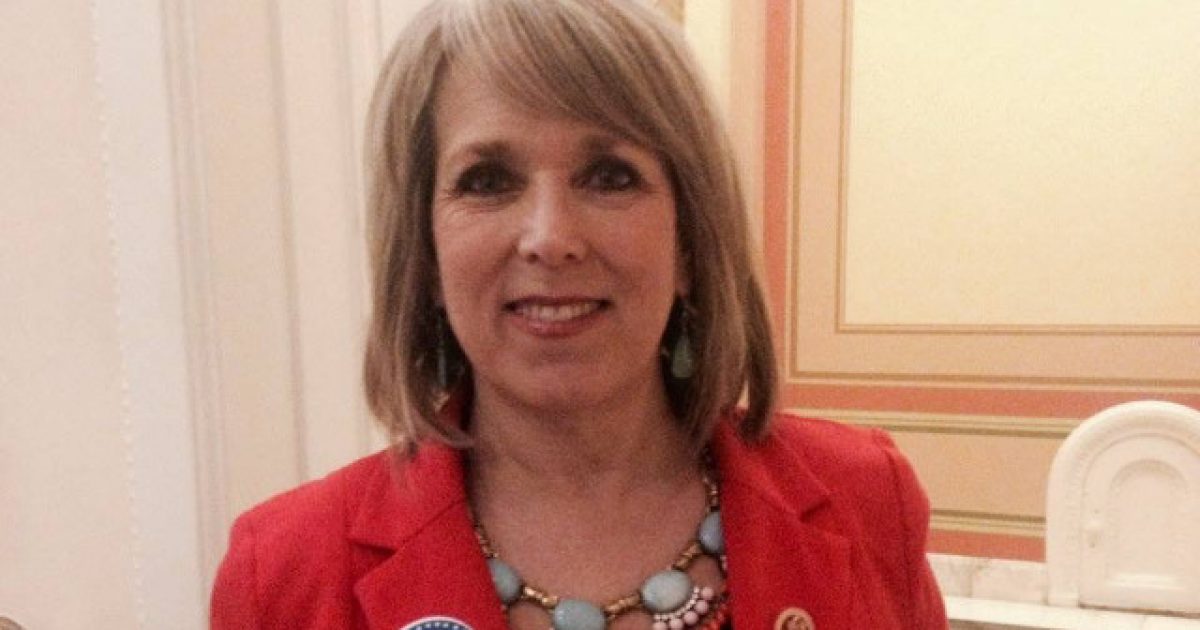 New Mexico Gov. Michelle Lujan Grisham decided to do a little bit of pandering to the Democratic Party’s base by heavily criticizing President Trump’s immigration agenda and pulling some of the New Mexico National Guard troops stationed at the border condemning Trump for a “charade of border fear-mongering.”

“I reject the federal contention that there exists an overwhelming national security crisis at the Southern border,” Lujan Grisham said, according to NPR.

Her comments came just more than one week before Trump declared a national emergency in response to the overwhelming migrant crisis at the border.

But now, more than three months after her public campaign of opposition against the Trump administration, Lujan Grisham is seeking the federal government’s assistance to manage the impacts of the border crisis on New Mexico.

Lujan Grisham asked McAleenan to increase government personnel at the border and requested reimbursement for humanitarian assistance, among other resources.

“The governor wants to continue to urge the federal government to increase its personnel on the border as a means of improving the logistical and communications output,” the governor’s spokesman, Tripp Stelnicki, told KOAT.

As you might expect, Lujan Grisham has been heavily mocked for her current situation by folks in the Republican Party, including New Mexico GOP Chairman Steve Pearce.

“Everything in her actions indicate that she believes there’s a crisis, but yet she will not dedicate the resources or request to her colleagues in Congress to start passing the laws that will change the situation there,” he criticized. “The border communities are going to continue to be overrun.”

So what’s the lesson here? Stop trying to be a big shot in the Democratic Party and taking steps and measures that you know are going to ultimately harm your people and your state.

That’s the problem with so many of these folks in the progressive movement. They want to earn party points to help further their own political careers rather than doing the right thing for their state and their constituents.

This is the natural result of placing party politics far and above your actual duty to your office. Shameful display to say the least.