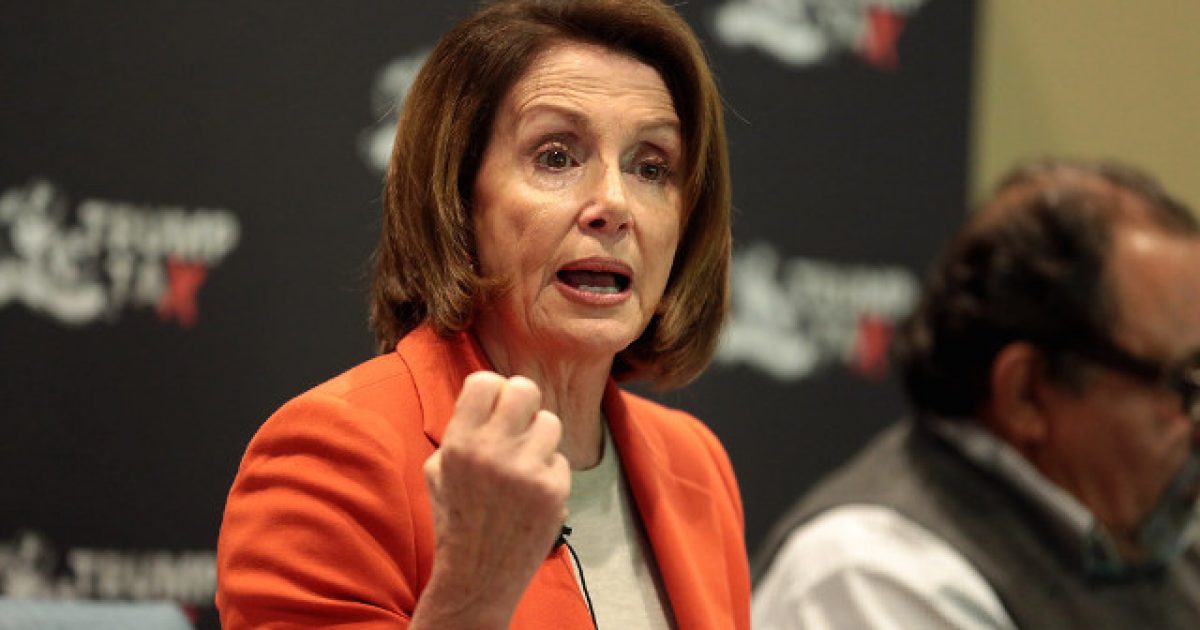 MSNBC host Chris Matthews said something that’s going to make conservative jaws drop all across America after he made comments admitting that Trump is winning right now and that Speaker of the House Nancy Pelosi is afraid of looking “completely stupid and impotent,” due to the moves made by the Trump administration.

Has hell frozen over or something? Hard to believe these comments came from Matthews.

The surprising statement was made while Matthews was discussing the battle between President Donald Trump and Democrats over various committees investigating members of the administration.

“Where’s this story going because I think that we’re gonna get… Donald Jr. to testify, but I think on the House side they’re gonna continue to stonewall, I don’t think they’re gonna send anybody up there,” Matthews said during his “Hardball” show.

“They’re gonna test their ability to fine them or imprison them in this little cell up on Capitol Hill,” he continued. “They’re gonna make them into a laughing … I think even Nancy Pelosi is scared of looking completely stupid and impotent now!”

Matthews was referring to stalling tactics used by various members of the administration to deny demands and subpoenas from Democrats who want to further investigate the special counsel Robert Mueller report on Russian election interference.

“Who’s gonna win?” Matthews asked. “I think Trump is winning this battle against his own government, against both branches, Executive, and legislative, and the courts, he’s winning across the board!”

This is why the Democratic Party’s current strategy of hoping and praying for a way to oust Trump from office before 2020 is such a bad idea. The people clearly support the president and have on numerous occasions repudiated left-wing socialism by voting in Republican candidates along side him.

If the left truly wants to compete with Trump, the radicalism needs to be chucked in the garbage. Like yesterday. The vast majority of Americans don’t want more big government. They want government out of the way so they can live their lives and have the opportunity to use their skills and abilities to make a comfortable living for their families without the interference of Uncle Sam.

However, it doesn’t seem folks like Pelosi get it just it.