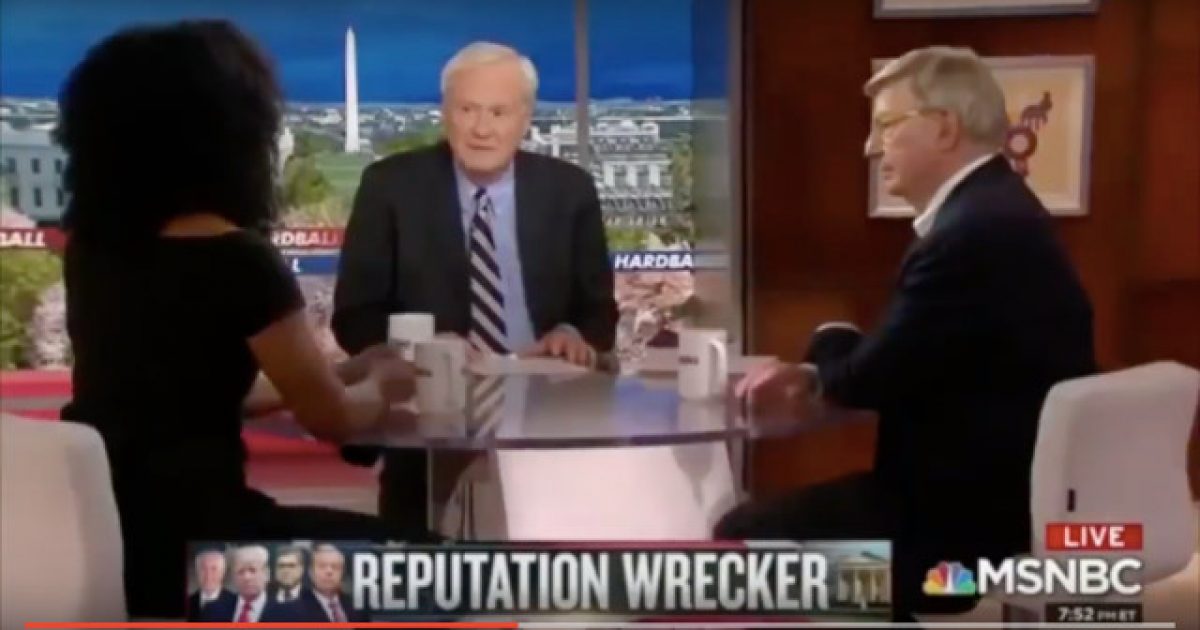 A black female guest on MSNBC’s “Hardball With Chris Matthews,” put the host back in his place after he compared working on a campaign to slavery, a comment that he should be castigated for by other members of the progressive movement, but probably won’t be.

Juanita Tolliver is the campaign director for the Center of American Progress Action Fund and discussed her employment history on Friday’s edition of the program.

“You worked for politicians,” Matthews said. “Did they all insist on slavery?”

Clearly taken aback, Tolliver responded, “Come on. You are talking to a woman of color here, all right? Nothing compares to what happened to my ancestors.”

She laughed off his remarks, but Matthews went on and pushed his remarks even further.

“I’m serious — some bosses are notoriously bad to people and they do humiliate their people,” he insisted.

“[It’s] still very short of slavery,” Tolliver fired back, and answered that while there have been “bad bosses out there,” nothing can compare to “the degree of what we see in the Trump administration, where he is actually creating this web where people get entrenched in it and can’t find a way out.”

Still stuck on the slave bit, Matthews persisted and mentioned former President Lyndon B. Johnson, whom the MSNBC host said was “an awful man” who “did treat his staff like slaves.”

What in the world got into Matthews here that he kept on pushing this slavery nonsense? Is this guy obsessed with slavery or something? What gives?

It seems that folks on social media were wondering the same thing.

One user said, “Chris, I hope you apologized to your guest Juanita Tolliver for your ill conceived comments to a woman of color about being treated ‘like a slave.'”

This guy must be losing his marbles or going senile or something because as someone who claims to be all about equality and fighting racism, the remark he made actually is pretty inappropriate and ill-timed.

What’s ridiculous is that his media buddies probably won’t call him on it and demand he apologize or be fired. However, if he were a pundit for the right, you best believe his broadcast career would be over, dead and buried.