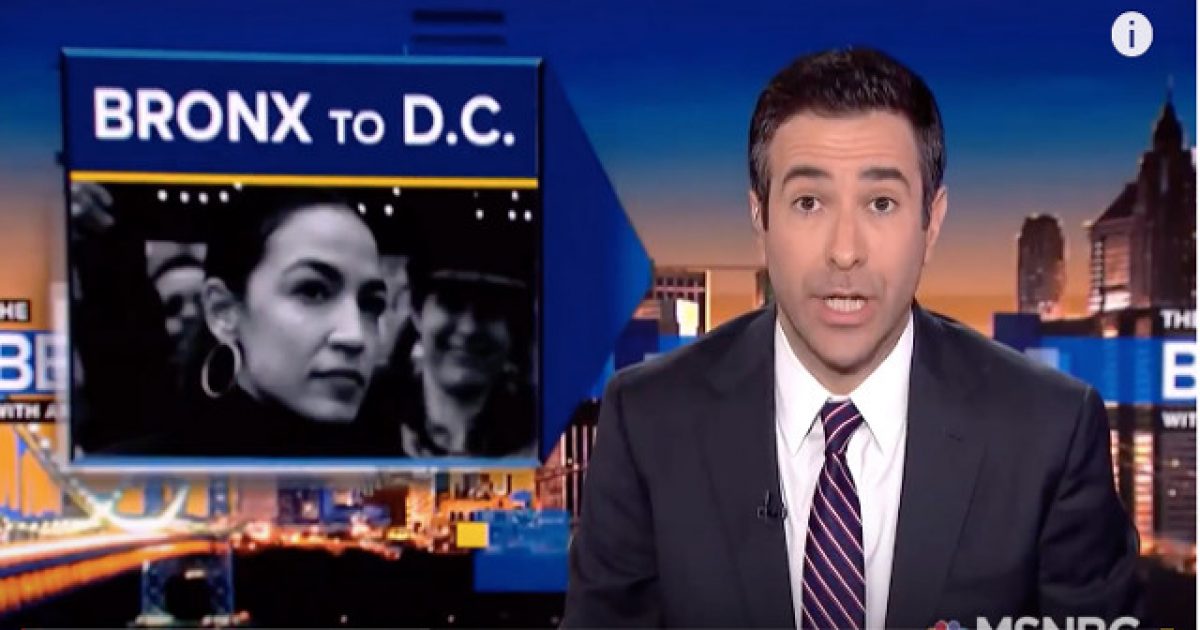 Ari Melber, a host for MSNBC, opened up a segment on the network by making fun of Fox News for criticizing Rep. Alexandria Ocasio-Cortez, which he found to be “flippant” however his guest on the show actually agreed with the report.

Talk about a misfire. This is embarrassing.

Melber was speaking with New York Times editorial board member Mara Gay about criticism aimed at Ocasio-Cortez over her lavish apartment residence and questions about whether it was within her district.

“The fixation on a freshman’s residential choices shows the conservative energy vilifying a new woman in power,” said Melber before running a series of clips from Fox News and right-wing pundits attacking the Socialist Democrat.

He tied the “personal insult strategies” against Ocasio-Cortez to other attacks some had used against female politicians on the left, then asked Gay for her thoughts on the topic.

“You know so many of the attacks on the congresswoman I find to be completely out of right field, just sexist, racist, outrageous, inappropriate,” she answered.

“What the New York Post story did today is something different,” she explained, “that we would call accountability journalism.

“It actually does matter that you do live in the district that you represent,” she continued. “And honestly, it seems like this is a lot of nothing and she does live in the district. My actual point of concern is that the congresswoman has yet to address these claims appropriately I believe to members of the press.”

“This is a fair question,” Gay concluded, “and it’s one I believe she should respond to in kind, and not just ignore press inquiries and then tweet at will about your comment, this is actually not the first time she’s done this.”

Realizing he swung and missed on the first topic, Melber attempted to interrupt her and turn things toward criticizing President Trump, the go-to strategy for any Democrat looking to recover some lost cool points.

This is embarrassing on so many levels. It’s so cringeworthy of a moment it makes you almost feel bad for the guy. Notice the usage of the word “almost.”

Leftists assume that everyone else who is liberal will just automatically agree with anything they say, as if they’re all a hive mind connected to one central consciousness that does all of their thinking for them.

Obviously — and thankfully — that doesn’t seem to be the case. At least not all the time. There are a lot of elements of groupthink involved in the progressive movement, which is dangerous and terrifying.

Let’s hope Melber learned his lesson not to make assumptions. We all know what they say about assuming after all.