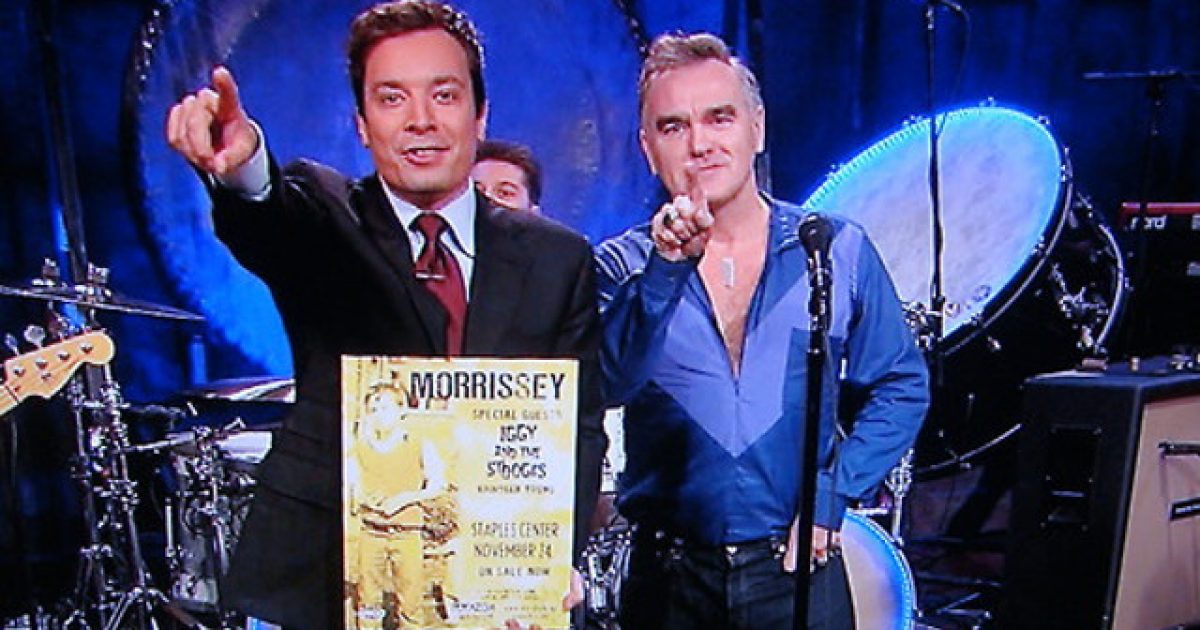 Morrissey, former frontman for The Smiths, recently made an appearance on “The Tonight Show Starring Jimmy Fallon,” where he made the mistake of wearing a “right-wing” pin.

Apparently this was a big no-no for the folks over at the world’s oldest record store, as they have banned Morrissey’s music as a result of the incident.

Morrissey’s music is apparently too dangerous for Spillers, which has been dubbed the oldest record store in the world, over the entertainer’s support for the For Britain Party.

As noted by Huff Post, Morrissey first spoke out about his support for the pro-Britain group in 2018.

“I have been following a new party called For Britain which is led by Anne Marie Waters,” the musician said, according to Tremr. “It is the first time in my life that I will vote for a political party. Finally I have hope. I find the Tory-Labour-Tory-Labour constant switching to be pointless.”

“For Britain has received no media support and have even been dismissed with the usual childish ‘racist’ accusation,” he noted. “I don’t think the word ‘racist’ has any meaning any more, other than to say ‘you don’t agree with me, so you’re a racist.’ People can be utterly, utterly stupid.”

According to For Britain’s website, the party, in part, stands for reduced immigration.

So the progressive movement all over the world is just as nuts as it is here at home. Censoring someone’s political views simply because you disagree with them is insanity of the highest order. It’s the sort of thing that causes cultural stagnation.

Without freedom to disagree, we can’t possibly expect to grow as individuals and as a society. Our beliefs must be let loose on the battlefield of ideas if we want to know the truth, and that is something the left is trying desperately to stop.

When freedom of speech is limited, society soon stalls in its tracks.