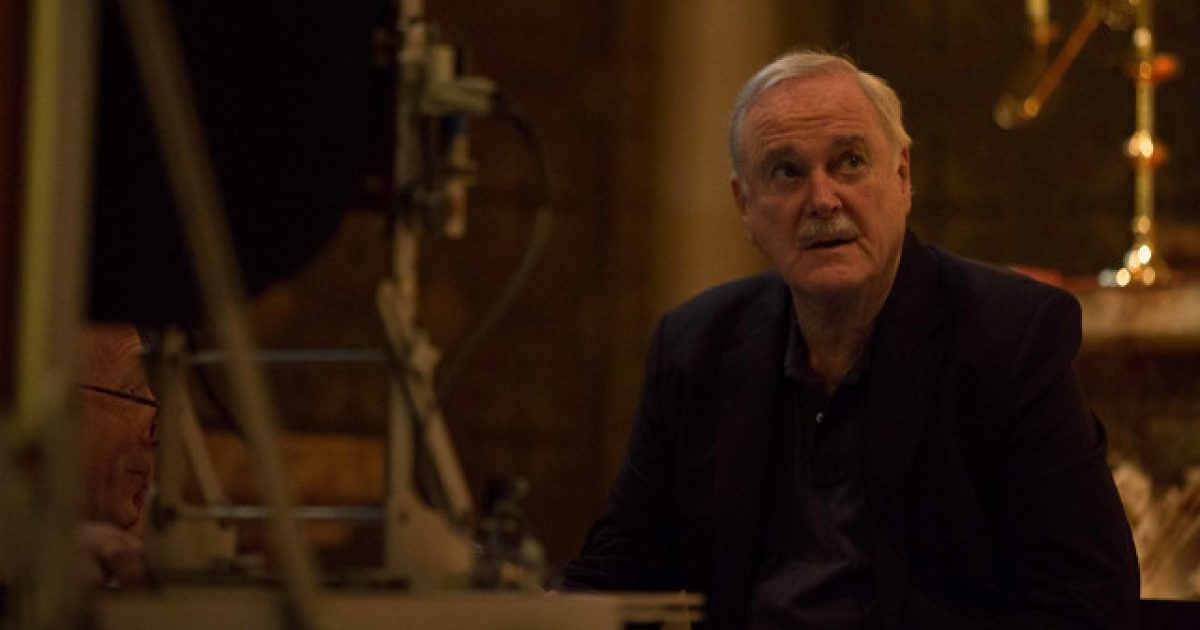 John Cleese, a former cast member of the legendary Monty Python comedy troupe, is being called a racist for repeating his observation that London is “not really an English city” anymore.

Cleese, however, is fighting back against the gaggle of social justice warriors who are looking to use him as a springboard for their pathetic virtue signaling.

Since then, virtually all my friends from abroad have confirmed my observation

So there must be some truth in it…

London Mayor Sadiq Khan — who’s been lambasted for his knife-control policies amid a stabbing epidemic in the city — tweeted that Cleese’s comments make him “sound like he’s in character as Basil Fawlty.” It’s a reference to the sitcom “Fawlty Towers” in which Cleese plays a character known for his “incompetence, short fuse, and arrogance” guaranteeing that “accidents and trouble are never far away.”

“Londoners know that our diversity is our greatest strength,” Khan continued. “We are proudly the English capital, a European city, and a global hub.”

An op-ed writer for the Independent called Cleese’s comments “xenophobic” and that they “reveal a sad truth about aging comedians.”

TV comedy writer James Felton blasted Cleese in a mocking tweet: “Hi I’m John Cleese. Today I’ll be complaining there are too many immigrants in London from my home where I live in the Caribbean.”

Cleese offered a follow-up tweet saying, “I suspect I should apologize for my affection for the Englishness of my upbringing, but in some ways I found it calmer, more polite, more humorous, less tabloid, and less money-oriented than the one that is replacing it.”

As for detractors who said Cleese’s London comments were hypocritical given his time spent in the Caribbean, the funnyman was only too happy to clarify things.

“It might interest those people who seem to think my remarks about London are racist as opposed to culturalist, to consider that what I like about spending time in Nevis,” he tweeted in regard to the Caribbean island. “Nevis has excellent race relations, a very well educated population, no sign of political correctness.”

I think it's legitimate to prefer one culture to another

For example, I prefer cultures that do not tolerate female genital mutilation.

Will this will be considered racist by all those who hover, eagerly hoping that someone will offend them – on someone else's behalf, naturally https://t.co/4WbZDFjs3o

This isn’t the first stand against political correctness that John Cleese has made. Back in 2016 he said, “all humor is critical. If we start saying, ‘Oh, we mustn’t criticize or offend them,’ then humor is gone, and with humor goes a sense of proportion — and then, as far as I’m concerned, you’re living in ‘1984.’ So the idea that you have to be protected from any kind of uncomfortable emotion is one I absolutely do not subscribe to.”

Truer words have never been spoken on this topic. The truth of the matter is, political correctness prevents folks from openly sharing their thoughts and ideas, which means open dialogue — the bedrock of progress in a society — stagnates as does the culture who adopts PC principles and practices.

Innovation goes out the toilet and bad ideas are left to flourish in the underground where they fester. This is not healthy for any society. Political correctness kills everything it touches.

If a culture wishes to survive and thrive, they have to be open to allowing folks the opportunities to express themselves, regardless of whether or not their ideas are good, bad, ugly or something in between.