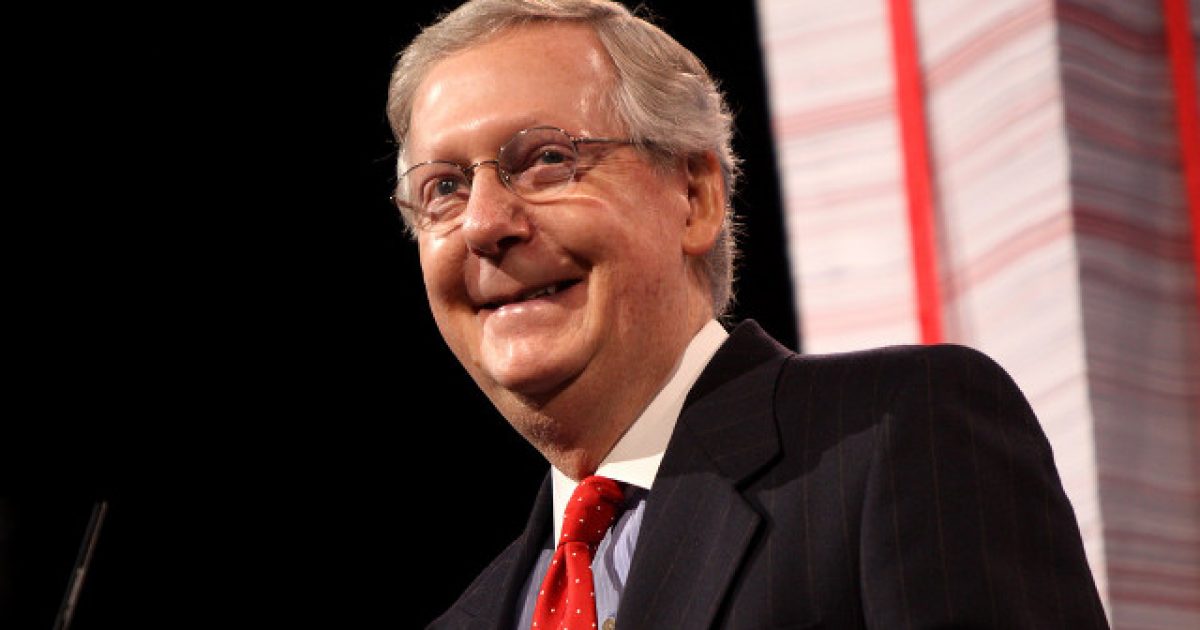 Senate Majority Leader Mitch McConnell sent Democrats in Congress into an absolute tizzy after stating that if a Supreme Court seat opened in 2020, he’d fill it.

The reason so many folks were up in arms over this is because McConnell refused to allow President Barack Obama to appoint a justice back in 2016.

“Uh, we’d fill it,” McConnell answered in response to the question of what he’d do if a justice died and a spot opened on the court during the election cycle.

“Yeah, the reason I started witih the judges — as important as all the other things are that we’re talking about — if you want to have a long-lasting positive impact on the country, everything else changes,” McConnell began. “I remember during the tax bill, there were people agonizing over whether one part of the tax bill was permanent or not. And I said: ‘Look, the only way the tax bill is permanent, depends upon the next election. The next election. Because people have different views about the taxes in the two parties and approach it differently when they get in power.”

McConnell added: “What can’t be undone is a lifetime appointment to a young man or woman who believes in the quaint notion that the job of the judge is to follow the law. That’s the most important thing for the country, which cannot be undone.”

h/t @jaketapper, here's video of @senatemajldr being asked what his position would be on filling a SCOTUS vacancy next year.

Sen. Chuck Schumer was none too happy with McConnell’s answer.

Seriously it’s no surprise.@SenateMajLdr McConnell lives for GOP judges because he knows the GOP agenda is so radical & unpopular they can only achieve it in courts.

Anyone who believes he’d ever allow confirmation of a Dem President's nominee for SCOTUS is fooling themselves.

There’s far too much at stake in such a situation to allow a possible Democratic president to have a shot at filling a lifetime appointment. Millions of babies would have their lives terminated due to such a course of action. That cannot, under any circumstances be allowed.

A conservative, hardcore pro-life judge needs to be installed on SCOTUS to ensure that the nightmare of Roe v. Wade is overturned and children not yet born are given their right to life.