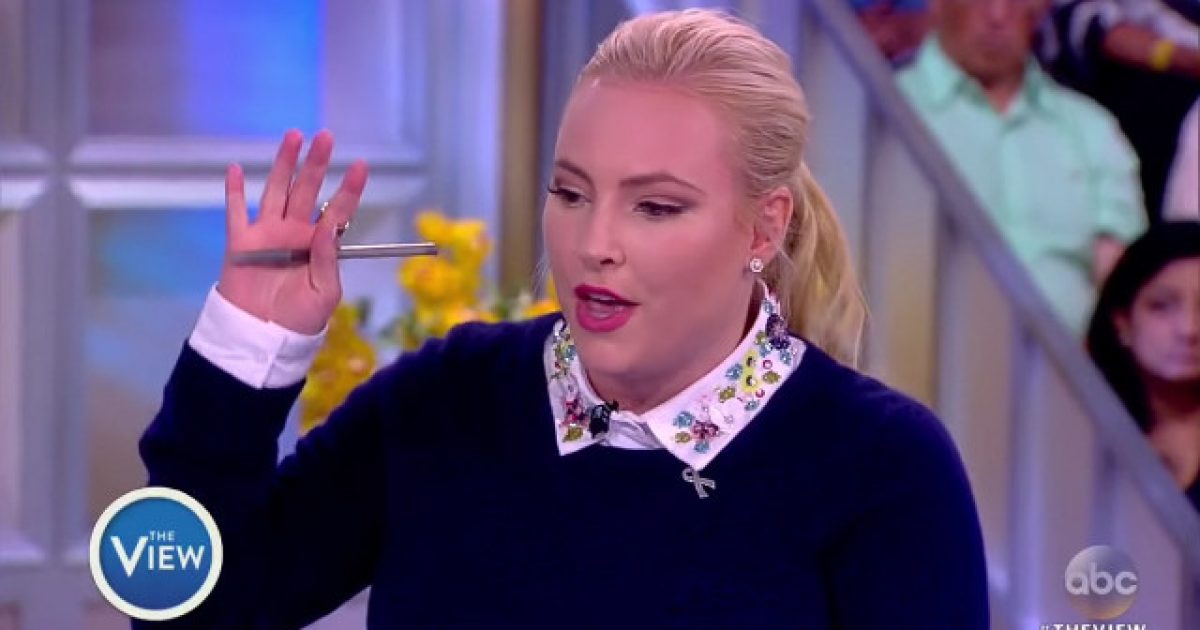 President Trump is denying reports that he ordered the U.S. Navy to hide the USS John McCain during his recent trip to Japan, however, not before McCain’s daughter, Meghan took him to the woodshed over it.

“Trump is a child who will always be deeply threatened by the greatness of my dads incredible life,” Meghan McCain tweeted. “There is a lot of criticism of how much I speak about my dad, but nine months since he passed, Trump won’t let him RIP. So I have to stand up for him.”

Trump is a child who will always be deeply threatened by the greatness of my dads incredible life. There is a lot of criticism of how much I speak about my dad, but nine months since he passed, Trump won't let him RIP. So I have to stand up for him.

It makes my grief unbearable. https://t.co/gUbFAla1VE

The Wall Street Journal reported Wednesday that they obtained an email that contained the order to keep the ship “out of sight” during the president’s visit.

“USS John McCain needs to be out of sight,” the email reportedly read, according to the WSJ. “Please confirm #3 will be satisfied.”

I was not informed about anything having to do with the Navy Ship USS John S. McCain during my recent visit to Japan. Nevertheless, @FLOTUS and I loved being with our great Military Men and Women – what a spectacular job they do!

Not long after the president denied having any knowledge of the order, the Navy’s Chief of Information tweeted out their denial of the whole story and the photo that was published with it.

The name of USS John S. McCain was not obscured during the POTUS visit to Yokosuka on Memorial Day. The Navy is proud of that ship, its crew, its namesake and its heritage.

One can understand Meghan’s response to all of this, as her dad has been attacked by Trump and many other conservatives for many different things of the years, so no hard feelings there.

If this turns out to be 100 untrue, then it’s going to become even more critical for folks to double check their sources when publishing news.