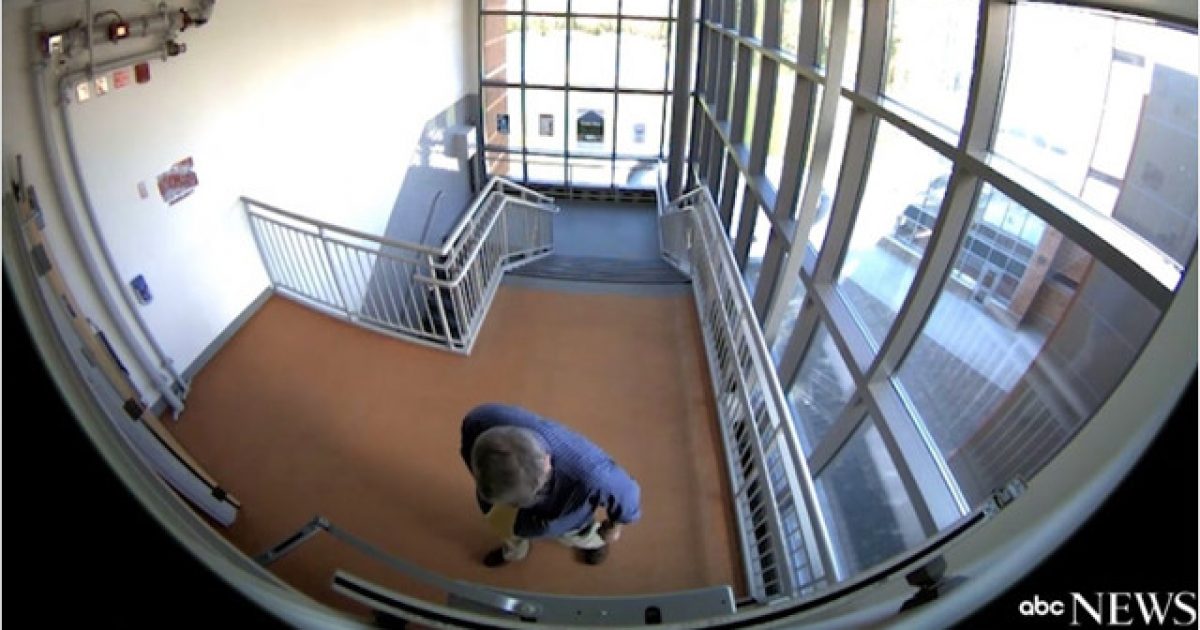 Remember those commercials where the guy says, “people do dumb things?” Whoever wrote that line could not be more spot on, especially when you see what this biology teacher from the state of Massachusetts did to try increasing security at the school he works for.

Apparently he thought scaring them with live ammunition would be the right course of action to initiate much needed change. Sometimes you just have to wonder what’s going through people’s minds, right?

He also seems to have forgotten all about the school’s security cameras.

Alfred Purcell, 57, was reportedly frustrated that Southbridge High School was not adding metal detectors, so he decided to take matters in his own hands.

On surveillance footage, Purcell can be seen discretely dropping a 9 mm bullet on the floor in a school stairwell, and then leaving the scene.

Ten minutes later he returned, acting like he was just discovering the bullet for first time. He took a photo of it with his cellphone, and called on his radio for back up.

The school went on lockdown, but police quickly identified the culprit when they played back the surveillance footage from a camera that Purcell seemed not to have noticed.

“There was no kids that were injured, nobody was seriously impacted by this other than we went into a lockdown for an hour and we had to investigate a teacher who was doing things he shouldn’t be doing,” Southbridge Police Chief Shane Woodson told WCVB-TV.

Woodson said at a news conference that Purcell had admitted to police that he planted the bullet to “prove to the school that they needed to get metal detectors.”

Purcell’s attorney is trying to argue that the teacher had no contact with the bullet at all. As of right now Purcell is being charged with unlawful possession of ammunition, two counts of carrying ammunition on school grounds, disturbing a school assembly, disorderly conduct and disturbing the peace.

As if that wasn’t enough, he’s been banned from ever returning to the school. Keep in mind the school had already decided not to renew Purcell’s contract, so this isn’t really going to matter much in the long run.

Makes you wonder why they opted not to bring him back, right? Was this the first incident he was involved in or were there others of a less serious nature?

Regardless, there are much better ways to make a statement then attempting to scare people half to death in a faulty object lesson.