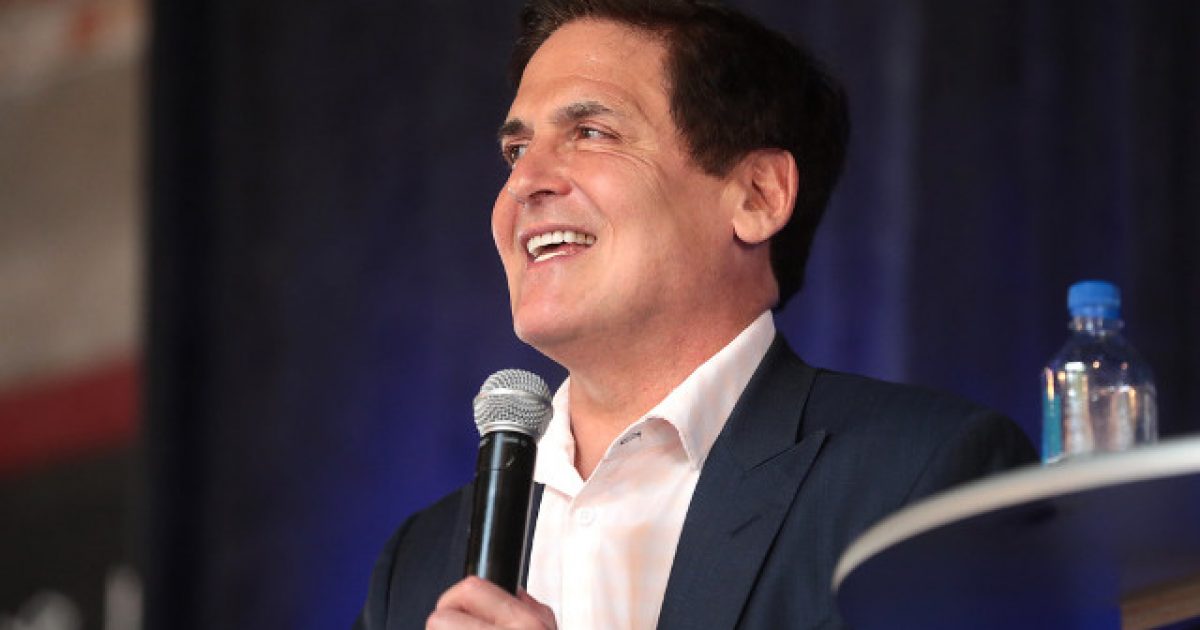 Owner of the Dallas Mavericks and “Shark Tank” investor Mark Cuban was recently asked which of the many Democratic presidential candidates who have tossed their hat in the ring to take on Trump have the best chance to beat the president.

His answer is brutal and will likely leave fellow liberals with slumped shoulders.

According to Cuban, he doesn’t have much hope that any of the current 23 folks running have a chance against Trump.

“We’ll see what happens. It would take the perfect storm for me to do it,” Cuban told CNBC’s “Halftime Report,” then added teasingly: “There’s some things that could open the door, but I’m not projecting or predicting it right now.”

If he were to run, he’d run as an Independent not a Democrat, as Starbucks’ Howard Schultz has considered. The country is primed for a moderate candidate, said Cuban, saying he believes “there’s a real opportunity for somebody who is in the middle but has some charisma, has the ability to relate to both sides but is not a politician.”

Asked which Democratic candidate he believes could actually defeat Trump in 2020, Cuban answered “nobody right now” — even frontrunner former Vice President Joe Biden, whom Cuban said he likes and thinks is “smart” and could do a “decent job” as president.

Cuban’s not wrong. The current batch of candidates are just more of the same old thing we’ve all come to expect from the Democratic Party. They’ve largely ignored all of the legitimate reasons why they lost in 2016, refusing to take the spanking the American people handed them in that election and recalibrate their extremist agenda.

What folks want is a group of individuals who have reasonable, centrist policy solutions for the problems that face the country. They don’t want radical leftism or socialism or anything else remotely like that.

This was the message sent back in 2016, but apparently no one was listening.