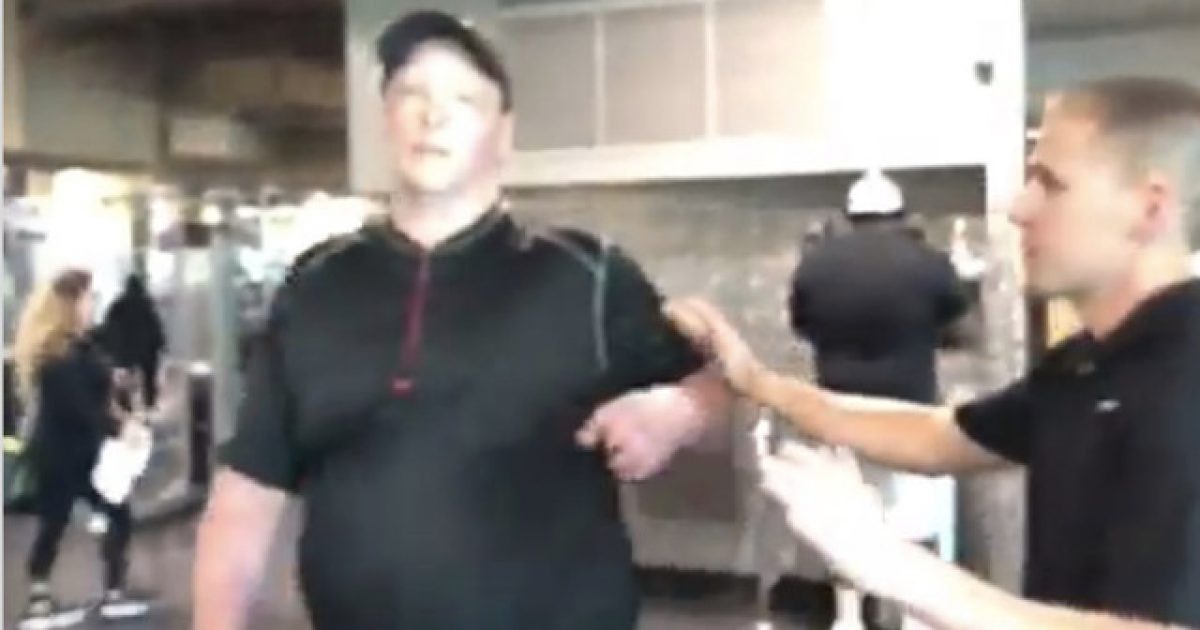 An independent journalist who has a well earned reputation for his coverage of violence perpetrated by radical leftist group Antifa, recently stated that a man he recognized from one of the group’s rallies dumped liquid on him at a gym and stole his phone.

Andy Ngo tweeted video of a portion of Tuesday afternoon’s incident at a 24 Hour Fitness in the Hollywood section of the city.

Ngo said in a statement that he was headed down the stairs to the locker room when liquid was dumped on him from above. He said he ran back up the stairs and called for the manager and recognized the “suspect” from last week’s “May Day Antifa protests and other events.”

Ngo added that the man approached him and accused him of lying about Antifa on Twitter, calling Ngo a “fascist.” A manager intervened, and the man walked away, Ngo said — but then he returned, which is when Ngo said he began recording the incident.

At that point, the man can be seen heading toward Ngo, who said he slapped his phone out of his hand. The phone hit the floor, and the case was damaged, Ngo said.

After Ngo picked up his phone, he said the man snatched it out his hand.

“I’ll f***ing break your phone,” the man can be heard saying.

Was just assaulted & had my phone stolen at @24hourfitness Hollywood Portland by someone I recognize at Antifa rallies. He first dumped liquid on me then stole my phone. Reporting to @PortlandPolice. I don’t know his identity & gym wouldn’t tell me. They got my phone back. pic.twitter.com/51GaBS7gZW

Ngo said staff went after the man and retrieved his phone; he added that the man has been identified and Portland police have been notified.

Now this is the same group that claims to be fighting fascism, right? Because their tactics here, which are essentially to use violence to silence their opposition, sounds a whole lot like fascism. You can’t fight fascism with more fascism.

Of course, what Ngo is doing is hardly fascist. That word has lost all meaning in our modern political climate, becoming just another buzzword the left tosses around to make themselves feel like they are more intelligent than they actually are.

Violence is unacceptable. We are supposed to be a civilized nation, one that allows freedom of speech and open, honest debate. We should be doing battle with our ideas, not with our fists.

If only liberals would put aside their emotions and engage facts.