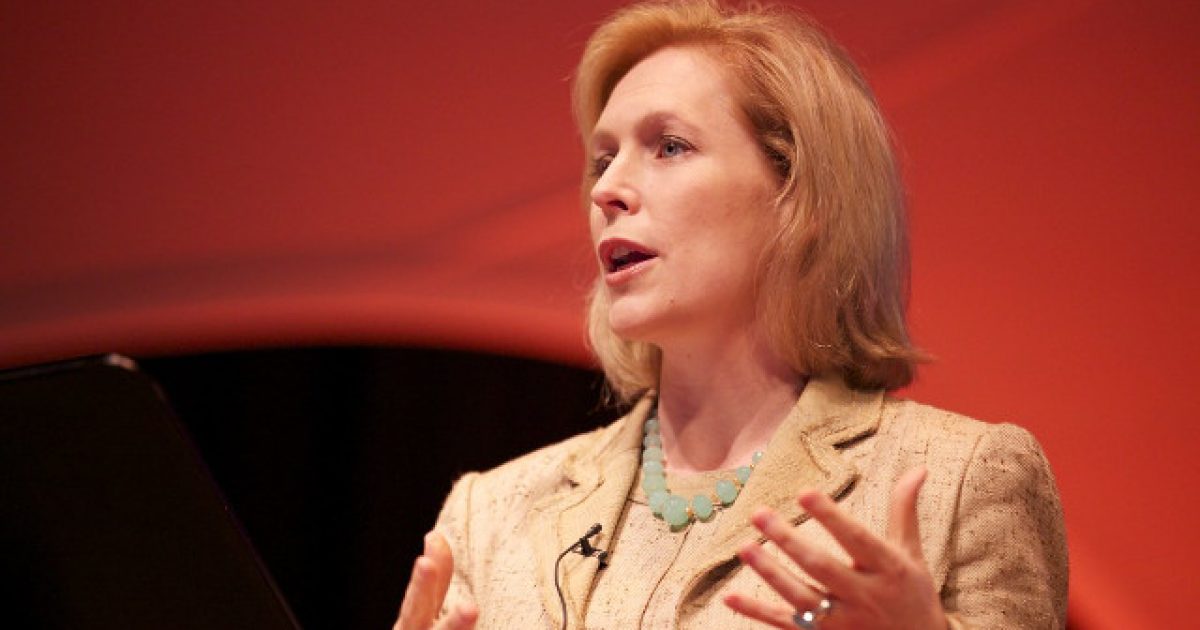 Democratic presidential candidate Sen. Kirsten Gillibrand has developed a new plan that she truly believes could clean up the ever sloppy, messy world of politics, a problem that absolutely no one asked the struggling candidate to tackle.

Gillibrand told NBC News that her first major campaign plan would be called the “Clean Elections Plan” and would give every voter $600 – she called it “Democracy Dollars” – to donate to the federal candidates of their choice. She told the media outlet her plan would help get big money out of politics.

“If you want to accomplish anything that the American people want us to accomplish — whether it’s healthcare as a right, better public schools, better economy — you have to take on the greed and corruption that determine everything in Washington,” Gillibrand told NBC.

Gillibrand’s reason for her plan appears to be a take on Sen. Bernie Sanders’ discussion of the influence of money in politics. Sanders’ campaign is raising the majority of its funds from individual donors giving less than $200.

So how do “Democracy Dollars” work? Here’s a breakdown:

Under Gillibrand’s plan, every eligible voter could register for vouchers to donate up to $100 in a primary election and $100 in a general election each cycle, either all at once or in $10 increments to one or more candidates over time. Each participant would get a separate $200 pool for House, Senate and presidential contests for a total maximum donation of $600 for those federal offices.

Another stipulation of the plan is that it would prevent voters from being able to use money out of their own state. Those who wanted to support candidates for the House who were outside of their district could do so, as long as they were still within their state.

The only way that candidates could receive the “Democracy Dollars” would be if they voluntarily gave up donations from individuals that were larger than $200.

According to Gillibrand, politicians would be willing to give up the donations because raising funds in the “Democracy Dollars” system enables them to possibly raise exponentially higher amounts.

She thinks her idea would lead to more candidates reaching out to local voters to try and earn their vote.

Yeah, this is just another one of those “pie in the sky” kind of ideas coming from the radical left who somehow think they can make sweeping changes to the world of politics and benefit themselves at the same time.

Making someone pay taxes, then giving them a $600 check back to pay for your failing campaign isn’t “democracy.” https://t.co/9GczHf8J7I

Perhaps it’s time for Gillibrand to hang up her presidential aspirations and just ride off into the sunset? Sounds like a great plan around these parts.