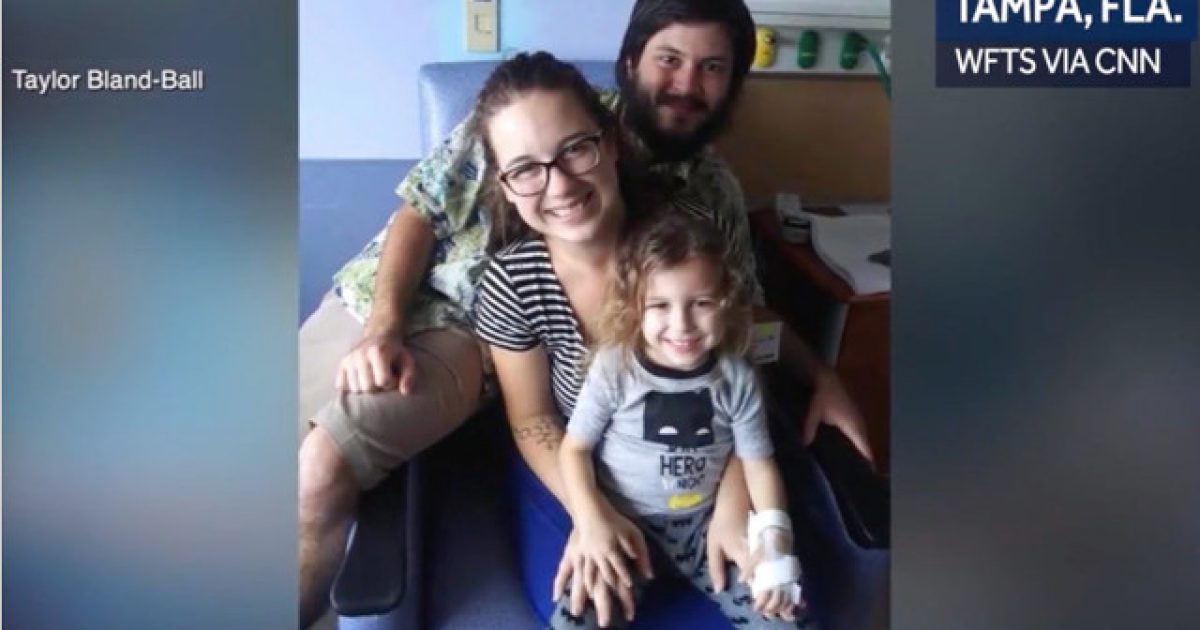 A judge from Florida has ruled that a 3-year-old child with cancer must undergo chemotherapy treatment, despite the fact his parents wanted to try alternative medicine, effectively trampling all over the authority of the parents to care for and raise their own child.

Whether it’s right or wrong, this kind of choice should be left up to parents, not up to the government in any capacity and is a gross overreach by the state government.

Noah McAdams was diagnosed with lymphoblastic leukemia in April.

The child’s parents, Taylor Bland-Ball and Joshua McAdams, allowed their son to go through just one out of three rounds of chemotherapy before they decided to declare him well. Bland-Ball and McAdams credited their child’s miraculous “healing” to vitamins, holistic remedies, and dietary changes.

They then fled to Kentucky with Noah after discovering that family services planned to take away the child — who was in desperate need of medically necessary care. Bland-Ball and McAdams said that they were planning to seek other methods of treatment while in Kentucky.

The family returned to Florida, and the couple lost custody of the child as a result of their inaction. According to CNN, a judge ruled that the child would remain in the custody of the state but would be permitted to live with his grandmother.

A Hillsborough County judge ruled Wednesday that Noah would continue chemotherapy through its first phase of treatment.

The judge ruled that Bland-Ball and McAdams are welcome to seek alternative treatments in conjunction with their child’s chemotherapy, CNN reported. Noah’s parents insisted that they wanted to treat their son’s cancer with just medicinal cannabis, vitamins, and diet.

Noah is scheduled to undergo two more sessions of chemotherapy to complete the first phase of treatment. He will then undergo bone marrow testing to determine what further steps of treatment he might require.

An attorney for the family, Mike Minardi, stated the parents are happy they can play a part in their son’s treatment.

Bland-Ball and McAdams have another court date set for June 4-5.

At the end of the day, the government should have no say whatsoever in how a parent decides to raise a child and what kind of treatment that child receives for an illness.

What a case like this does is strip parents of their rights over their kid and places them in the hands of the government. This is something that’s been happening with alarming frequency as of late, which fits in well with the progressive vision for America.

These folks want entire generations of people to grow up think the government knows what’s best for them.