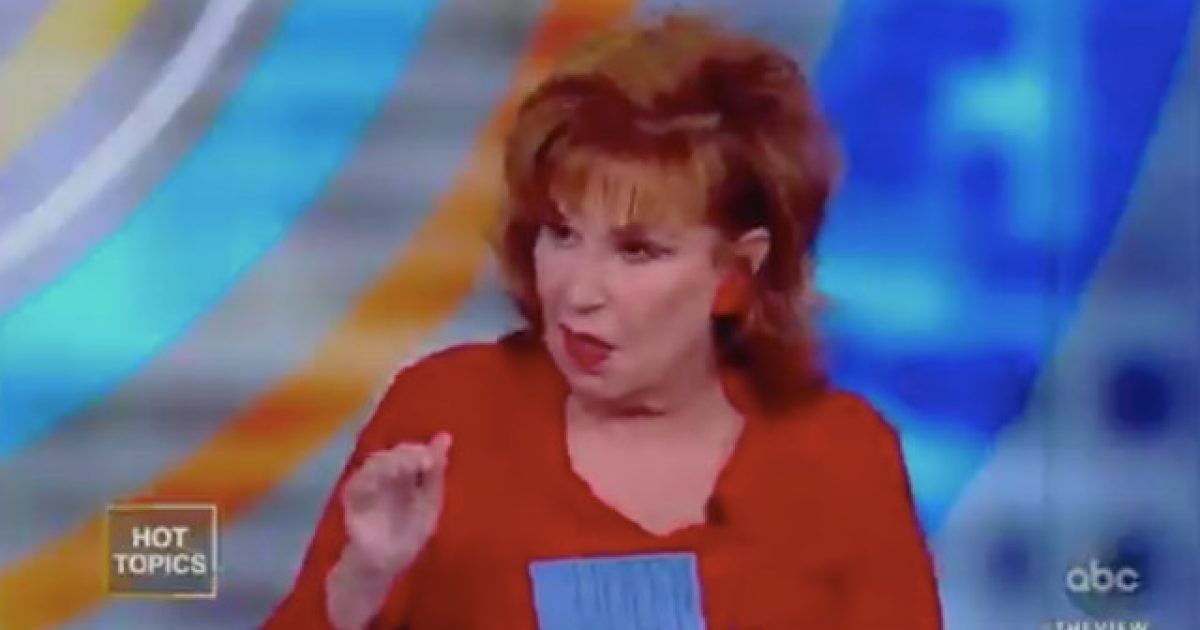 Joy Behar, co-host of ABC’s “The View” falsely claimed on Monday that the individual responsible for the heinous synagogue shooting in California over this past weekend was none other than President Donald Trump.

This is nothing new coming from a provocateur like Behar who is notorious for being an obnoxious leftist who often times runs her chops about things she doesn’t really seem to understand.

However, there’s one problem with her whole theory of Trump being the cause for this kind of violence. The man responsible for the actual attack hates the president. So much for that, huh?

Behar, a leftist, sought to immediately politicize the attack when the show ran again on Monday by falsely claiming that Trump was “the culprit” behind it and that he needed to take responsibility for it.

“He’s provocative. He gives dog whistles constantly to these people,” Behar said. “Take responsibility for your actions, Mr. President. You are the culprit.”

Are you a Trump supporter?

As it turns out, the suspect in this case dislikes Trump rather strongly because of his pro-Israel stance, which no doubt makes him a rather hated figure in white supremacist circles, since, you know, they tend to hate Jewish folk and all.

The terrorist stated in his manifesto:

“Are you a Trump supporter?

Wouldn’t it be nice if Joy Behar and her merry band of leftist bozos on “The View” did a little bit of research before making wild, false accusations concerning the president and conservatives in general?

Unfortunately, that isn’t likely to happen because such care with information takes a whole lot of work and as we all well know, liberals want to take the easiest route possible to push their agenda, even if that means making stuff up entirely.