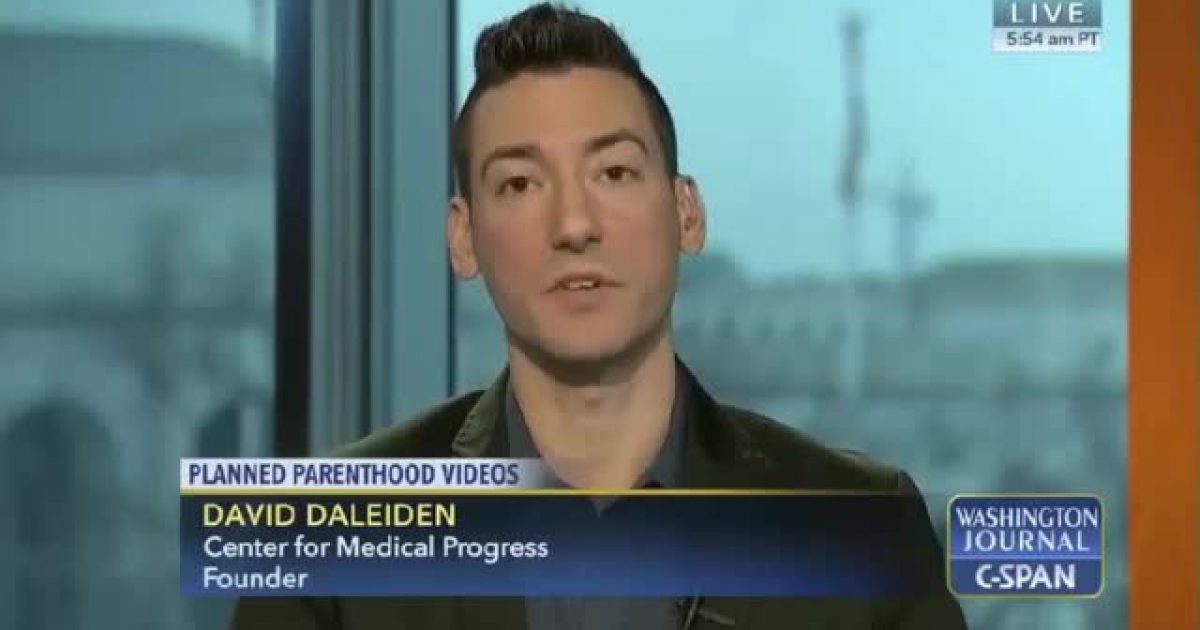 Sandra Merritt and David Daleiden, the two journalists responsible for capturing undercover video exposing abortion mill Planned Parenthood for selling murdered baby body parts are facing 15 felony charges for what they did, and unfortunately, they just took a sizable hit in court.

Last month, the California Supreme Court issued a stay in the high-profile case based on “political bias and selective prosecution.” But now the case is moving forward.

Daleiden and Merritt were hit with 15 felony charges in March of 2017 for their undercover work. The charges were widely decried for their threat to journalists, including by the left-wing Los Angeles Times. “Felony charges are a disturbing overreach for the duo behind the Planned Parenthood sting videos,” a headline for the outlet warned.

Vice President and Senior Counsel at the Thomas More Society Peter Breen, who is part of Mr. Daleiden’s legal team, blasted the denial to cease prosecution.

“This decision to deny David Daleiden’s Petition for Review means that [California Attorney General] Xavier Becerra, as Planned Parenthood’s prosecutor-in-chief, will be able to continue his unconstitutional harassment of David, bringing charges against him that don’t pass the ‘red face test,'” said Breen.

AG Becerra is an ally of Planned Parenthood; he took over for now-presidential contender Sen. Kamala Harris (D-CA). Live Action reports on the potential conflict of interest:

Becerra has publicly promised to “stand with Planned Parenthood,” and both he and his predecessor, now Senator Kamala Harris, have received thousands of dollars in campaign donations from the pro-abortion organization.

Both Harris and Becerra maintained their close relationship with Planned Parenthood and its entities even after proceeding with the investigation against Daleiden and Merritt. According to Daleiden’s representation, the Thomas More Society, Planned Parenthood even sponsored and hosted Becerra’s election night victory party.

Liberty Counsel, who is representing Merritt, put the decision to move forward with the case on blast, citing it as “selective and discriminatory.”

What these two individuals did is an act of bravery that ought to be rewarded, not punished. Planned Parenthood not only encourages the murder of the unborn, but they also seek to profit off the blood they shed daily by the ghoulish act of selling dead children’s body parts.

What kind of words could possibly describe such horrific actions? And yet people are angry over these videos being taken and not the disgusting dismemberment and selling of organs that once belonged to a living child murdered in the womb?

This nation has wandered so far from God at this point, it makes you wonder how much more he’s going to tolerate before blasting us with judgment. Then again, maybe He already is.

This organization needs to be defunded and shut down. The quickest way to accomplish that is through the abolition of abortion. Let’s make it so.