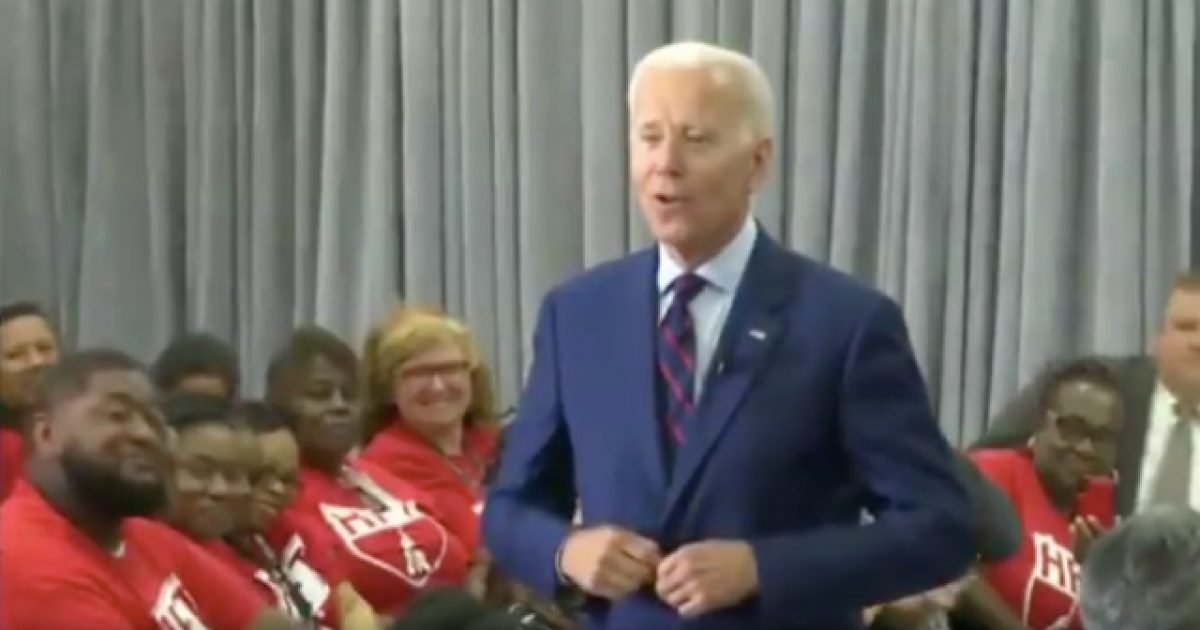 Former Vice President and current Democratic presidential candidate Joe Biden just cannot seem to keep his hands to himself, especially when it comes to women.

And apparently, he doesn’t discriminate by age either, being creepy to ladies whether young or old. Biden broke his pledge to respect women’s space at a campaign rally on Tuesday where he touched a young girl.

The backlash online was instantaneous and brutal.

The New York Times reported that the interaction between Biden and the 10-year-old girl happened after she asked him a question about political division in the country.

“She told him that her favorite subject was journalism, so Mr. Biden proceeded to bring her to the back of the room, where journalists and TV cameras were congregated, and put his hands on her shoulders,” the Times added. “The moment raised some eyebrows among online commentators. In the weeks leading up to his entrance into the race, a number of women said Mr. Biden had made them uncomfortable by touching them, leading to a reckoning around the physical way he has often interacted with women in public.”

Washington Post national political reporter Felicia Sonmez also documented the incident, tweeting: “In a somewhat odd moment at tonight’s AFT town hall, Biden tells a 10-year-old girl, ‘I’ll bet you’re as bright as you are good-looking.’ He takes her over to the assembled reporters, then stands behind her and puts his hands on her shoulders while he’s talking.”

“Recall that Biden filmed a video last month in which he vowed to respect women’s personal space,” Sonmez added. “Seems he hasn’t quite gotten the message.”

Joe Biden, who has publicly stated that he would stop touching women without their permission and would respect their space, touches a young girl at a campaign rally

Biden tells her, “I bet you’re as bright as you are good looking” pic.twitter.com/CtAVELvYrX

There’s no way this man doesn’t know how creepy and inappropriate both his comments and touching are, especially for an underage girl. He has to know what he’s doing. There’s just no way someone is this clueless.

Now imagine what the headlines would say if Biden were a conservative? People would be calling for him to be lynched in the streets. And while there’s definitely some backlash from Democrats over the episode, the vast majority are probably just going to ignore the whole thing.

Why does he get a free pass from his party? Because he’s currently the frontrunner to take on Donald Trump in next year’s presidential race. Can’t have the star player being taken out of the game this early.

Sickening and sad that Democrats will allow this kind of perverted behavior.