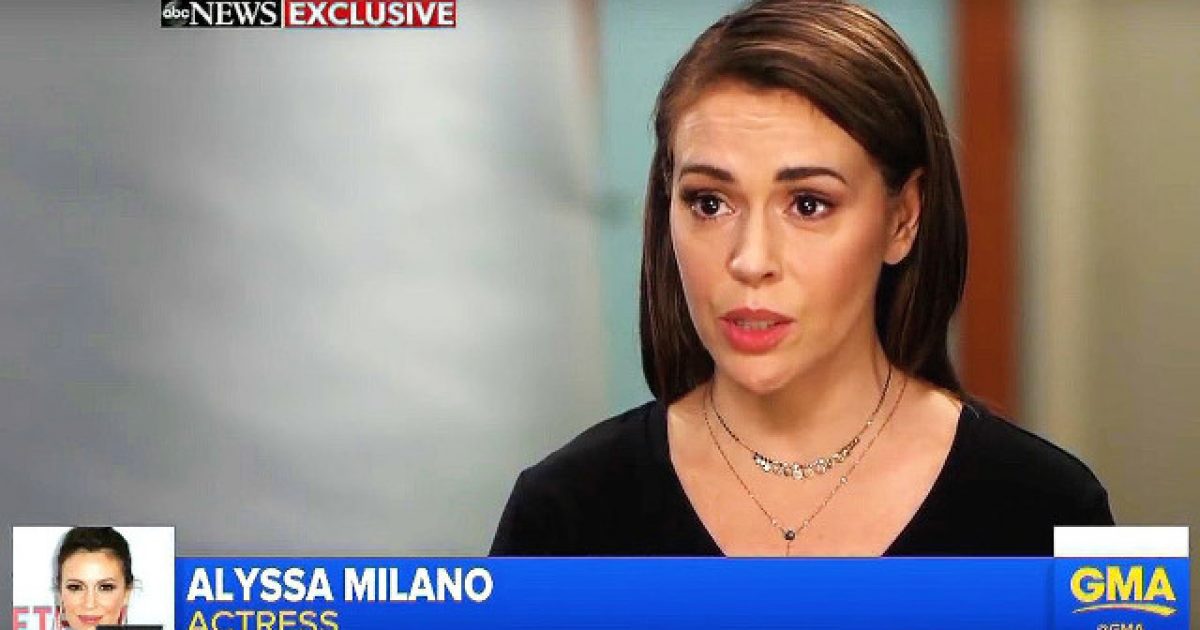 Over the weekend, actress Alyssa Milano, who hasn’t been relevant on the acting scene since she was a teenager on the 1980s sitcom “Who’s The Boss,” decided to slap award winning actor Jon Voight with an insult after he praised President Donald Trump.

What did she say? She called the actor an “F-lister.” Yes, a woman who hasn’t had her skill as an actress formally recognized pretty much since the beginning of her career just insulted a talented actor for daring to praise Donald Trump.

The irony is so thick here.

Now I understand why Republicans like to discredit actors and our political views.

“Stay in your lane, Jon!”
“Has been!”
“F-lister trying to stay relevant!”
“Nobody cares what an out of touch actor thinks!” https://t.co/LcIGgBO9az

Voight said in the video:

People of the Republican Party: I know you’ll agree with me when I say our president has our utmost respect and our love. This job is not easy. For he’s battling the Left and their absurd words of destruction. I’ve said this once and I’ll say this again: that our nation has been built on the solid ground from our forefathers and there is a moral code of duty that has been passed on from President Lincoln.

I’m here today to acknowledge the truth, and I’m here today to tell you, my fellow Americans, that our country is stronger, safer, and with more jobs because our president has made his every move correct. Don’t be fooled by the political Left, because we are the people of this nation that is witnessing triumph. So let us stand with our president; let us stand up for this truth: that President Trump is the greatest president since Abraham Lincoln. God bless America, and may God continue to guide this nation.

Since Milano was so eager to disparage Voight as a “Has been!” and “F-lister,” let’s take a quick look at how their careers compare. First, let’s examine Milano’s esteemed history. She’s a three-time winner of a Blimp Award, which is won from a vote for the Kid’s Choice Awards from Nickelodeon; she has been nominated for a Teen Choice Award, and she has garnered one nomination from the People’s Choice Awards. Most of the awards were for her role in “Who’s The Boss.” Oh, and she got another Blimp nomination for “Charmed.”

Voight, one of the few outspoken conservative voices in Hollywood, is currently working alongside Dennis Quaid on a drama on Ronald Reagan which follows the actor-turned-president from “his childhood to his time in the oval office.” Voight also recently played Justice Warren E. Burger in the film “Roe v. Wade” (in post-production), which tells the story of the “national battle in this untold conspiracy that led to the most famous and controversial court case in history.”

That pretty much speaks for itself, don’t you think? Who is she to call someone an “F-lister” when she hasn’t done any sort of acting of note over the last decade?

Perhaps it’s time for Milano, who seems to grow more militant by the day, to drop politics and fade out of the public spotlight for awhile. Her obvious attention grabs are making her look more and more pathetic.