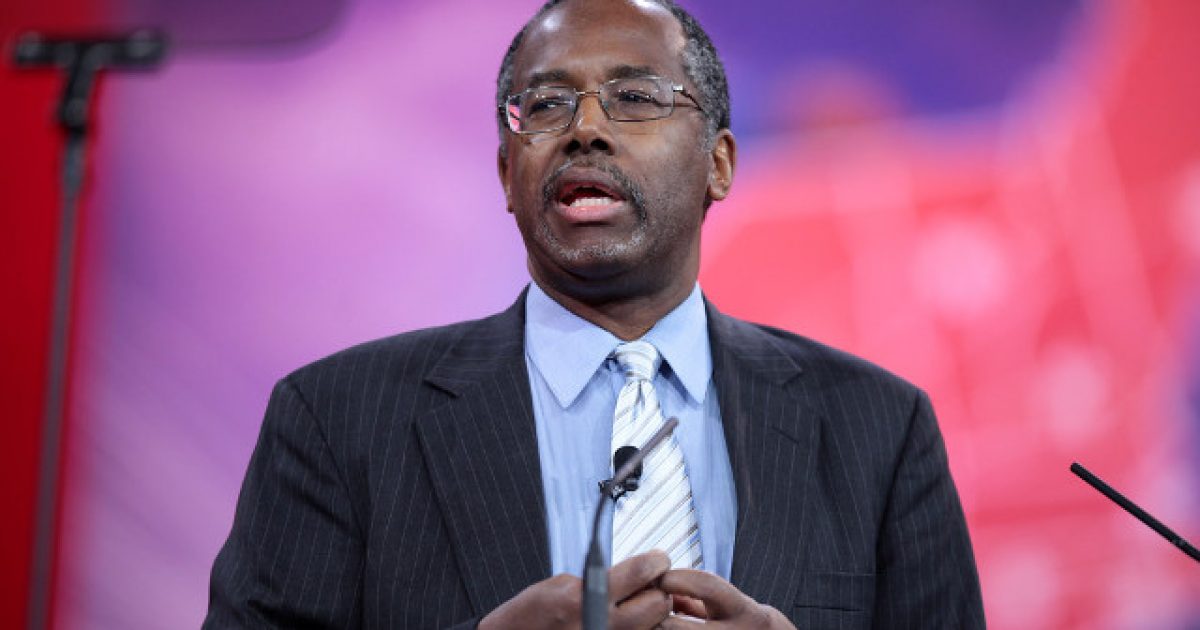 HUD Secretary Ben Carson found himself in a rather contentious back-and-forth exchange with Rep. Ayanna Pressley where she insulted him by stating he was “unqualified” for the current positions he holds and was “carrying the water of what I believe to be one of the most morally bankrupt presidents in our nation’s history.”

Not long after the exchange, Rep. Ilhan Omar, the notorious anti-Semite, started in on him, but Carson was having none of it, shooting back one epic tweet back at her to put her in her place.

After the exchange, Rep. Ilhan Omar (D-MN) mocked Carson, tweeting, “Not sure he was fully awake, maybe he meant to reclaim his time back to sleep.” Carson turned around and wrecked the pro-abortion representative, tweeting, “Since you brought it up… I know what it’s like to actually be sleepy, especially after 18-hour surgeries and operating on babies in the womb. I hope @IlhanMN knows I care about all people, even those she doesn’t recognize as having a right to life.”

The exchange between Pressley and Carson started like this:

Secretary Carson, I’ve waited a long time for this moment, but the residents of my district, the 7th Congressional in Massachusetts, have been waiting far longer for your agency to do its job. Colleagues across the aisle earlier were critical of the passion and even outraged that we’ve expressed on this side of the aisle; I make no apologies for that. This matter is very, very personal. Let me be clear: Housing is a fundamental human right, and the displacement of families should be regarded as the public health crisis that it is. Mr. Secretary, your pioneering work in pediatric neurology is historic, and it is is something to be commended, and so it pains me that your gifted hands and mind are doing the bidding and carrying the water of what I believe to be one of the most morally bankrupt presidents in our nation’s history, increasing rifts, evicting families. You mentioned that the operating room was a safe haven away from all the troubles of the world. A safe haven. That’s exactly what a home should be, and what every single person, particularly our children, deserve.

Today you are not here as a doctor or even as our Surgeon-General which I think might be better suited for your talents, but as the official tasked with leading the agency overseeing our nation’s crumbling housing stock. And for that, I do believe you are unqualified … When you imply that people are living in public housing because of a desire to be self-sufficient, questioning a work ethic, when we are eliminating stock but not increasing supply, people in the Massachusetts 7th Congressional district would have to work 84 hours to afford a decent one-bedroom at fair market rent … Given your medical background, perhaps you could weigh in on the health consequences of failing to invest in safe housing. Mr. Secretary, since I am short on time here, yes or no: is stable and safe housing a social determinant of health?

Carson: Sounds like you have not been here and heard most of my testimony.

Pressley: Please just answer my question, reclaiming my time. yes or no. Is stable and safe housing a social determinant of health?

Carson: There is no question that housing is an important part—

Pressley: Yes or no?

Carson: There is no question that it’s a part of health.

Carson: Yes or no: can you ask me some questions yourself —

Pressley: You don’t get to dictate what my line of questioning is. Reclaiming my time. You’re a very smart man.

Carson: You can reclaim it all you want.

Pressley: You’re a very smart man. You understand the question, Please answer it. Yes or no: if left unaddressed … do you believe the substandard housing conditions pose a risk to tenants’ physical, mental and emotional health?”

Carson: You already know the answer to that.

Pressley: Yes or no.

Carson: You know the answer.

Pressley: You don’t get to do that.

Not sure he was fully awake, maybe he meant to reclaim his time back to sleep. https://t.co/t25Pta8bVY

Since you brought it up… I know what it's like to actually be sleepy, especially after 18-hour surgeries and operating on babies in the womb. I hope @IlhanMN knows I care about all people, even those she doesn't recognize as having a right to life. https://t.co/BRl3ibSKM3

Omar is one of the most despicable individuals to ever hold a seat in Congress. She’s mean-spirited, vindictive, and of course full of hate and racism. Why she is allowed to continue unchecked by the supposed party of “tolerance” and “equality” is mind-blowing.

Carson is more than qualified to hold the position he has, and his credentials speak loud enough of his obviously stellar intelligence. Perhaps politics isn’t really his forte. However, that doesn’t change the fact he’s smarter than Omar and Pressley put together.

Maybe it’s time for Democrats to put a muzzle on Omar before she causes their party to implode just in time for the 2020 election. On second thought…