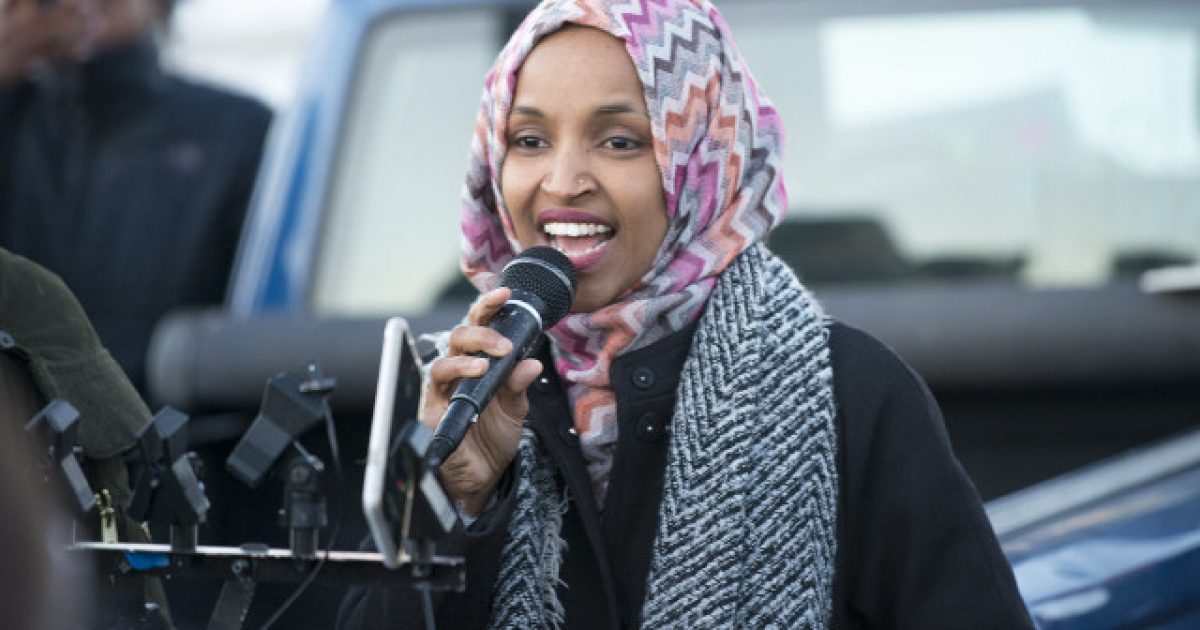 We could talk endlessly about all of the things that are wrong with Rep. Ilhan Omar and still not run out of stuff to discuss, which is a testament to the seemingly eternal fount of wickedness that dwells inside of her soul.

There’s all of the anti-Semitic comments, her thoughts on 9/11, and her blatant hatred for Israel and the very country she claims to be serving.

And if that wasn’t enough, she’s also wildly delusional. Omar apparently believes herself to be Trump’s “biggest nemesis.”

Omar boasted, “This is a president who has come to power because he was very much willing to vilify and demonize immigrants and refugees. He so proudly said we should halt Muslims from entering our country. He clearly has a disdain for black women who see themselves as equal to him. And so, for many people, it’s not a surprise that he finds his biggest nemesis in me. Clearly, I am a nightmare ― because he can’t stop really thinking about ways that he can continue to use my identity to marginalize our communities.”

She added, “As someone who certainly has survived far worse people than him, I’m going to be alright … I always find conflicts to be the best sources for organizing.”

Omar told The Huffington Post that the constituents in her community who voted for her have not changed their opinion of her despite the remarks she has made, crowing, “People who were actually willing to cast their ballot for me have not ever called or asked, ‘Why can’t you say things differently?’”

Omar positioned herself as a champion of the oppressed: “There are people who really have never felt completely visible in a system that wasn’t designed for them. And people who have always felt that the American dream was dying away. To now see [that] a refugee who has only been in this country two decades, who carries almost every marginalized identity that you could carry, has risen and ascended to one of the most powerful positions that you could be in our country? That is hope.”

Apparently Omar is completely unaware of that whole “pride goes before the fall,” quote because the pride and arrogance is dripping from her tongue every single time she opens her mouth.

Trump has a lot of opposition in the world. The FBI tried to nail him to the wall, as did practically every journalist in the mainstream media. There are powerful people in all sorts of positions across the country looking for ways to take him down.

And yet he’s managed to survive every single attack, even coming out of some of them better off than he was before.

What in the world makes Omar think she is any sort of match for a man who can survive the kind of relentless onslaught of attacks that he has?

She’s basically a nothing burger. She’s been looking at that cutesy poster of the kitten who looks at himself in the mirror and sees a lion a little too often lately. Maybe it’s hanging on the door of her office.

Regardless, she’s not a worthy foe for the president. Now if we could only get her to accept this truth.