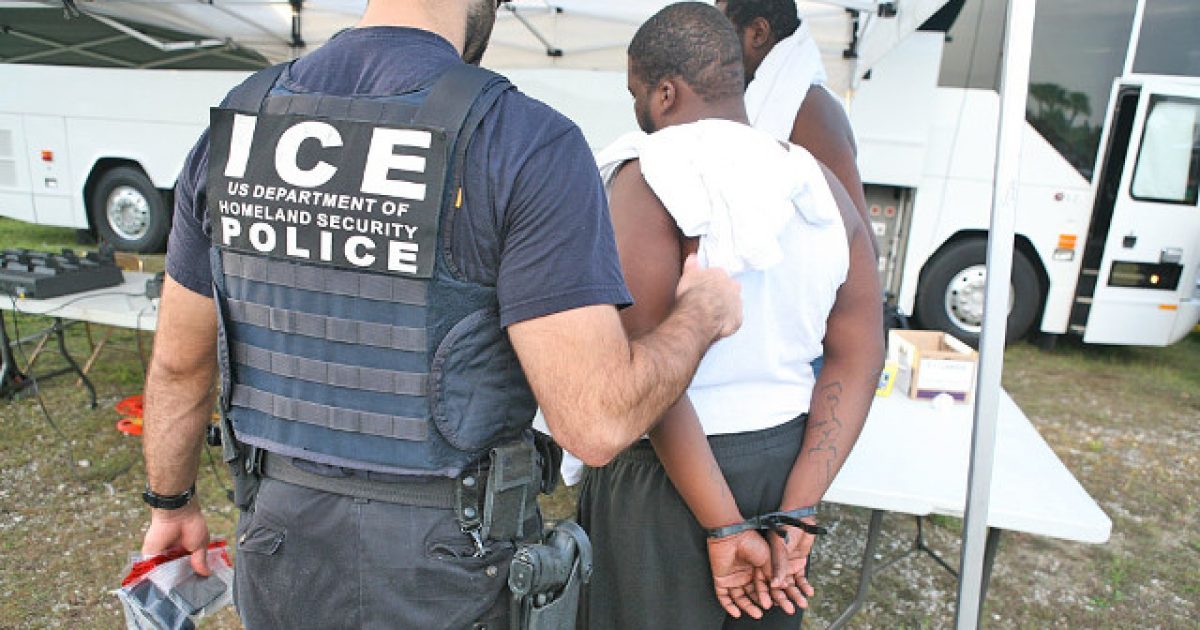 The Immigration and Customs Enforcement agency announced on Monday that they’ve put together a new program designed to help local law enforcement officers enforce immigration detainer requests, even if they are technically prohibited from cooperating with them due to local and state policies.

This is what needs to happen if we’re going to be a nation of laws that enforces its own immigration laws. Sad this is even necessary in this day and age.

The new program — dubbed the Warrant Service Officer (WSO) program — allows local jurisdictions that join the program to “be temporarily exempted from any local or state rules preventing them from cooperating in immigration arrests or detention, and allow them to execute arrest warrants issued by ICE,” according to The Hill.

“Once a WSO officer serves an administrative warrant and executes an arrest on behalf of ICE, the agency has 48 hours to conduct a transfer of custody unless an Intergovernmental Service Agreement exists,” ICE said in a statement. “If ICE does not take the alien into custody within 48 hours, the individual must be released. WSO officers will only make arrests within the confines of the jail at which they work, and ICE will still issue immigration detainers with partner jurisdictions.”

“The WSO derives its authority from section 287(g) of the Immigration and Nationality Act, but unlike the 287(g) program, WSO officers will not question individuals about their citizenship, alienage or removability, nor will they process aliens who are unlawfully present in the United States,” ICE explained. “The new procedure was prompted by requests from the National Sheriffs’ Association and the Major County Sheriffs of America, which asked for a program limited in scope that would allow jurisdictions prohibited from honoring immigration detainers to cooperate with ICE.”

The local jurisdictions that sign up for the program will nominate officers to receive WSO training and those candidates will have to undergo a background investigation from ICE.

“For some jurisdictions restricted by local policies that prohibit the recognition of immigration detainers, the WSO program would be the most appropriate initiative that allows for enhanced cooperation with ICE,” ICE added.

National Sheriffs’ Association Executive Director Jonathan Thompson said: “This program gives sheriffs the legal support to help federal law enforcement keep dangerous criminal illegal aliens out of their communities. It will not only decrease sheriff’s liability but will give them the proper training to enforce the law.”

How can we function as a free society if we allow folks to break the laws that uphold our civilization without consequences? Our nation is not an infinite pool of resources, contrary to the totally misguided bleeding hearts of the country’s left-wing.

What are we supposed to do with the millions upon millions of illegals who crossover the border, seeking to get welfare benefits and work under the table, avoiding taxation and contributing to our society?

Eventually the money runs out and it’s our own people, those who have contributed to the system, who end up destitute and going without. That is not how this works. It’s plain outright immoral.

No, we need to have a border, a secure one, and we need to enforce the laws that we have on the books concerning immigration. This is for our safety, both economically speaking and physically. Many of those coming across the border illegally have violent criminal records or are associated with gangs like MS-13 and drug cartels.

These folks are not welcome here. Any who are upstanding individuals with clean records who want to come here through the proper channels are absolutely welcome to come and make this nation their home. Conservatives love immigrants. We just don’t want dangerous folks who have no respect for the rule of law to come here and wreak havoc.