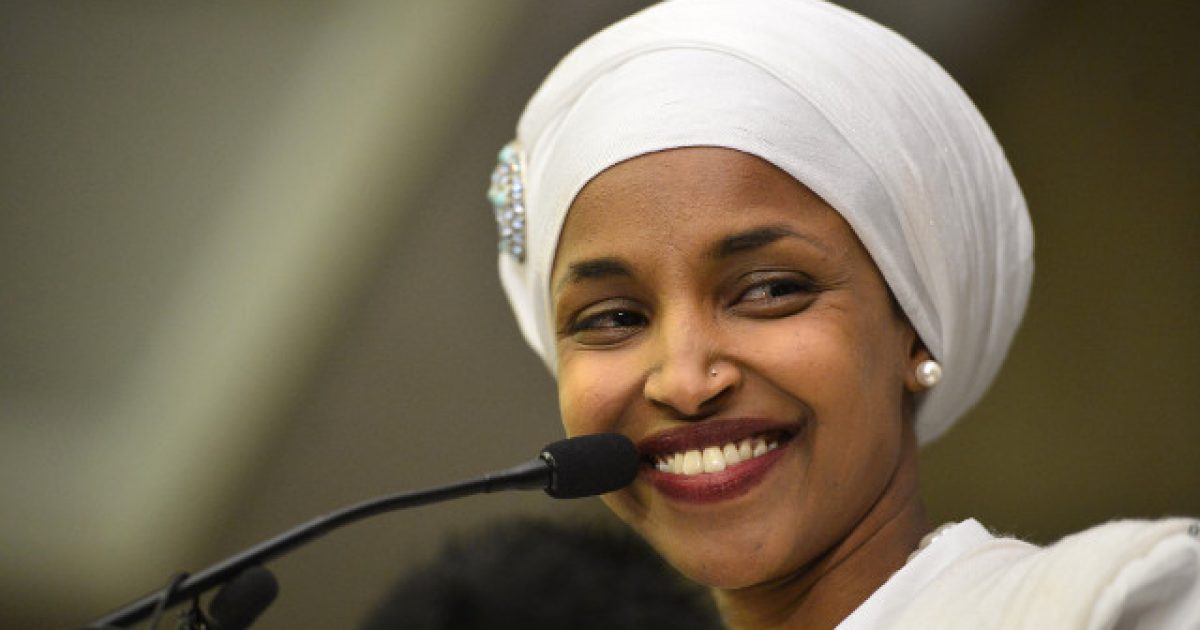 Hundreds of Jews flooded into Times Square in New York City on Monday to protest against Rep. Ilhan Omar and to let her know in no uncertain terms that her disgusting anti-Semitism will not be tolerated.

Protesters who gathered for the event chanted, “Omar must go!” a sentiment that couldn’t possibly be any more true. It is indeed time for her to pack her bags and hit the road.

“In my lifetime, I cannot think of any other politician who presents a bigger threat to the alliance between the U.S. and Israel and to America’s Jews,” Diamond told JPost. “This woman is an ardent antisemite, and she doesn’t even try to hide it.”

“Ilhan and her clique are well aware of what we are doing,” Diamond added. “And we’re not done. Everyone left really energized – ready to do whatever must be done next.”

“We have to utilize every mechanism of media to wake up Americans about the vile hatred of this woman,” Cardoza-Moore said. “Christians should also be alarmed. Ilhan Omar is a huge threat to our national security.”

Omar has previously called for defunding the entire Department of Homeland Security (DHS) and called for abolishing ICE last week, along with ending deportations and ending the criminalization of migrants illegally entering the U.S.

Hundreds of Americans gathered in Times Sq to send @thedemocrats a msg: @Ilhan Must Go! Off the FA Cmte!

If she isn’t removed, & Jewish Reps remain silent their seats won’t be safe in 2020. Silence is complicity & the Dems seem to have placed their bet on the antisemitic horses! pic.twitter.com/KbdarvT3Bs

Here are a few examples of the kind of garbage that Omar has been spewing during her incredibly brief time in office:

Omar has been condemned by Congress and many of her Democratic colleagues multiple times over her blatant anti-Semitism, which includes promoting a conspiracy theory that Nazi Germany used to demonize Jews; supporting the anti-Semitic BDS movement; suggesting that Israel should not be allowed to exist as a Jewish state; claiming without evidence that her “Jewish colleagues” had devised a scheme to silence her criticism of Israel; falsely claiming that pro-Israel groups were paying off American politicians to be loyal to Israel; and claiming without evidence that her Democratic colleagues were expecting her to have dual loyalties.

Isn’t it a bit hypocritical for leftists to be “tolerant” of this kind of disgusting racism and bigotry, all the while claiming that Trump supporters are awful, horrible racists? You can’t claim to be all about equality and bringing an end to racism while not holding one of your own members accountable for horrific displays of anti-Semitism.

That proves how inconsistent the liberal progressive worldview really is and how these folks don’t actually care about the causes they claim to stand for. It’s all a means to an end politically speaking.