Students at Seminole High School are receiving a ton of negative backlash after they decided to come to the school’s “Extraterrestrial Day” dressed up as Mexican “illegal aliens.”

Many are calling the costumes “offensive” and are accusing the teens of “cultural insensitivity.”

Granted, we all do dumb things when we’re kids, especially as teenagers, but is this really that bad? Guess you’ll have to decide for yourself.

Photos of the students spread on social media, with one including a caption that reads: “Was it wrong of us to dress as Mexicans for extraterrestrial day/alien day? Yes, are you dumb / No, that’s funny,” Bay 9 News said. 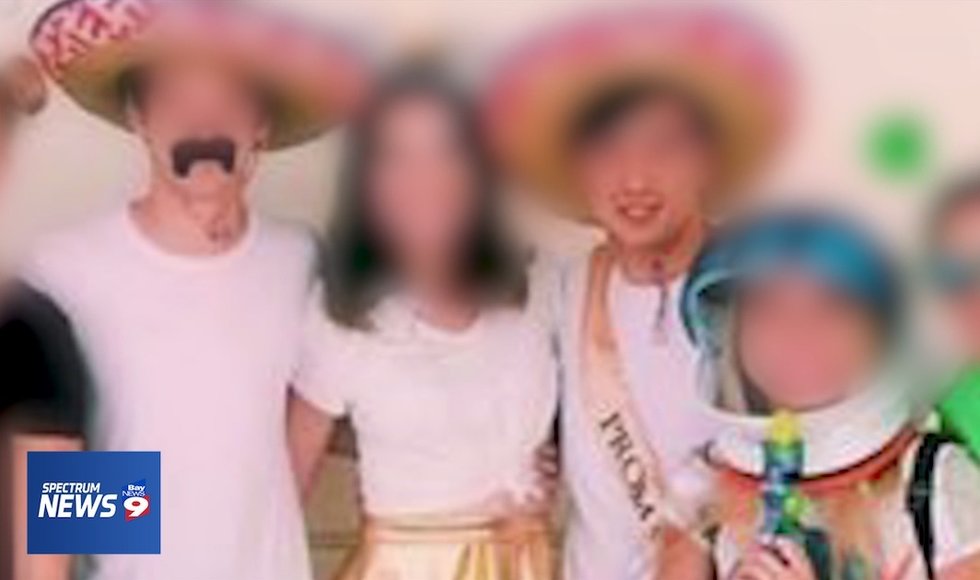 Administrators confiscated the sombreros and the mustache, the station reported, but they were allowed to finish the school day, Wolf-Chason told the station.

It isn’t clear what, if any, discipline will follow, but Wolf-Chason told Bay News 9 that the district will “follow the Student Code of Conduct to address this issue.”

The “Extraterrestrial Day” was part of the school’s Prom Week celebration with each day featuring different festivities.

What does Domingo Garcia, national president of the League of United Latin American Citizens want to see happen to the kids responsible for the joke? Sensitivity training.

You know, brainwashing. Stripping any sort of humor or personality from these youngsters so they dare not push the envelope of political correctness and fall right in line with the progressive agenda.

“We need to make sure that they understand that it’s not just a joke,” Garcia told Bay News 9. “Bullying and especially bigotry bullying is not a joke. It’s better just to say, ‘You know what? We’re going to respect our differences.'”

Garcia also went on a tangent against the phrase “illegal alien” calling it outdated, stating it should no longer be used.

“We’re talking about immigrants, refugees, who are coming across the border, women and children,” he said. “To try to put them in that category of ‘aliens,’ somebody different, somebody not like us, again plays to that division and that bigotry that we’ve seen too much in this country.”

At the end of the day, this was just a joke. Was it a stupid joke? Yes. Yes, it was. Was it offensive and inappropriate? Well, that’s highly debatable. Perhaps this just wasn’t the right venue for this kind of humor?

Regardless, the fact people are calling these kids racist is ridiculous. There’s nothing racist about the joke. It’s simply immature and ill-timed. These kids need to grow up a bit, that’s all.

There used to be a time in America where this kind of envelope pushing humor was appreciated, celebrated, and even encouraged. Political correctness has destroyed that, unfortunately.