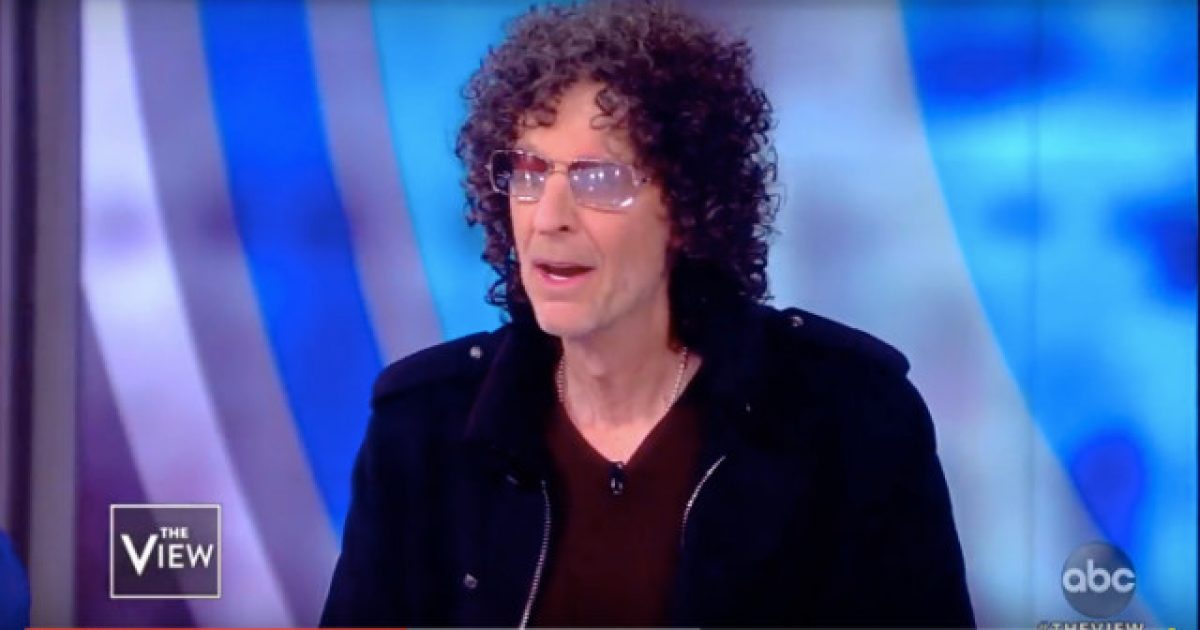 Shock jock radio host Howard Stern made an appearance on Thursday’s episode of “The View” where he defended co-host Meghan McCain, the lone conservative on the program, who often gets bashed on by her co-hosts.

While exchanging pleasantries with the cast, Stern went on to offer his condolences to McCain, who lost her father, Sen. John McCain (R-Ariz.), in August.

“Your father, I got to meet him a couple years ago,” Stern said. “And I got to thank him for his service and how much he meant to me and how much he gave to this country. I’m really excited to be here with you and I offer my condolences.”

Later during the segment, Stern took the opportunity to go after McCain’s co-hosts for the way they sometimes treat her.

McCain prompted his remarks by asking if he’d ever vote for a Republican.

Stern, who said he had in the past, said would do so again.

“Yes, and listen I feel bad for you — I see you getting yelled at all the time!” Stern said.

Turning to Behar, Stern demanded, “Give the woman a chance, for God’s sake! You’re chasing her out, she’s in tears, it’s crazy!”

Again, what a time in history we live in. Howard Stern defending a conservative against awful attacks she receives daily during her job. Unbelievable.

It’s surprising to hear Stern say he’d vote Republican, but apparently he’s a middle of the road kind of guy and just goes for the candidate he agrees the most with, which is probably a lot more common in our country than the majority of us realize.

Hopefully Howard’s rebuke will sting enough to get these old hens to start doing a little less ruthless clucking and actually engage in solid debate.